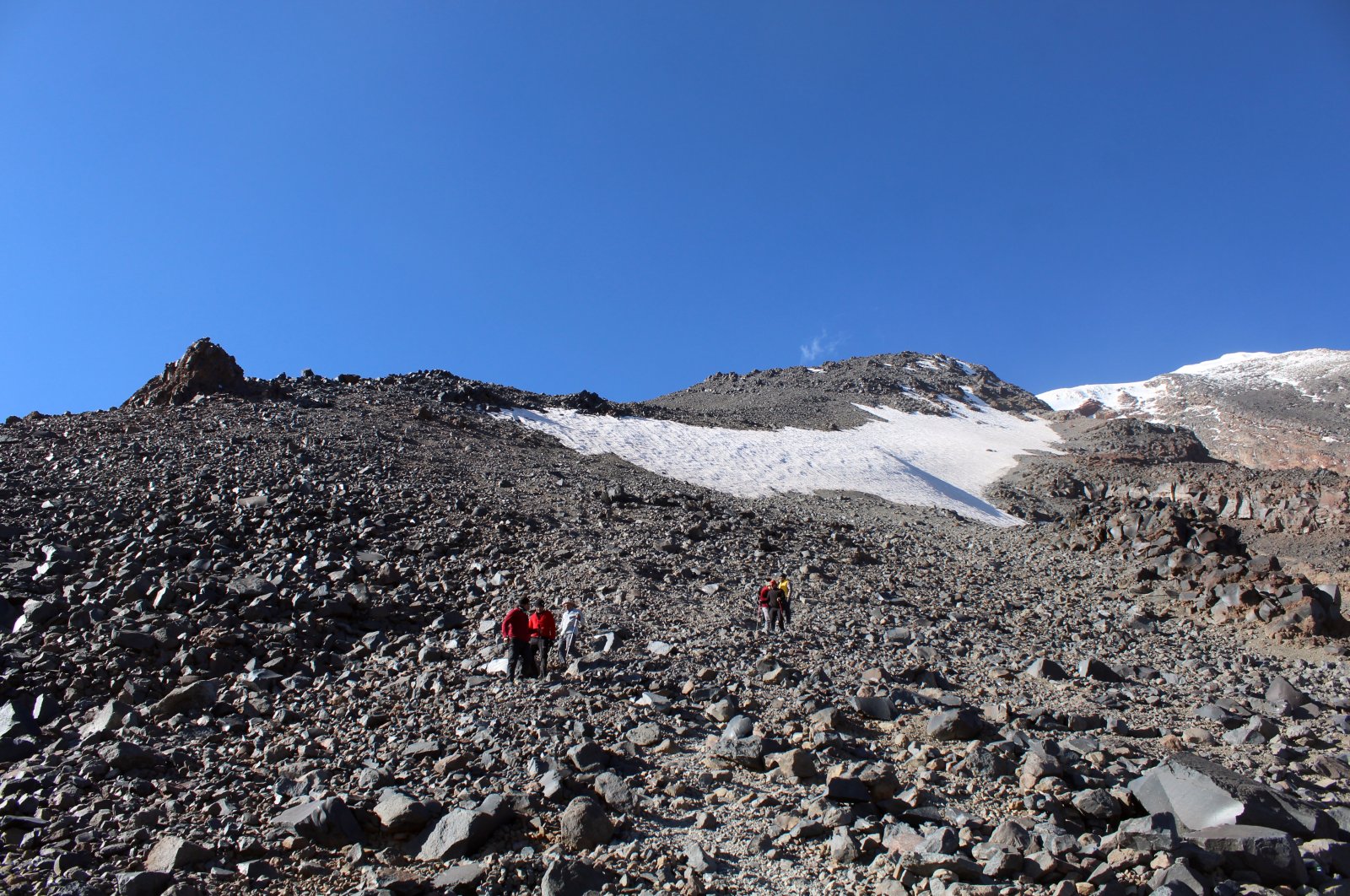 An ice cap covering an area of 10.2 square kilometers (3.93 square miles) at the peak of the 5,137-meter (16,853-feet) high mountain is the latest victim of the changing weather conditions. The ice cap spans from a stream in Ağrı province’s Doğubayazıt district to Cehennem Vadisi (Hell Valley) in the north, in Iğdır province. Experts say the glacier survived the last ice age and is important for the region.

Associate professor Oğuz Şimşek, a geography expert from Iğdır University, said the mountain hosts the largest glacier in the country but “unfortunately, it was affected by the climate change we are witnessing in Turkey.” Şimşek noted that parts of glaciers melting in late July and in August occasionally trigger landslides.

“Landslides were a reality in the past too but they were triggered by earthquakes. Part of the glacier falling off from the mountain killed some 1,600 people in the valley in 1840. Today, you can clearly see glaciers melting, especially at a height of 4,500 meters on the southern slopes of the mountain. Soil hydrated by the glaciers is flowing downwards, near residential areas,” he told Anadolu Agency (AA) on Tuesday. Şimşek noted that melting glaciers also pose a threat to climbers as the mountain is a popular climbing destination.

Further southeast of Ağrı, another mountain sees its 20,000-year-old glaciers melting. At Cilo-Sat mountain in Hakkari province, climate change caused the glacier to shrink from an area of 4 square kilometers to only 900 square meters. Kenan Canan, a geography researcher who recently studied the glacier, said the glacier’s size was first measured in 1948 and in the next seven decades, it gradually melted away, dropping to 1 square kilometer in 2009. “At the current pace, the glacier can entirely disappear in the next three decades,” Canan told Ihlas News Agency (IHA).

The melting of glaciers around the globe has quickened in pace in recent years, alarming scientists who have observed stark changes in the Himalayas, Greenland, Antarctica and other glacial areas. The shrinkage of these massive ice sheets not only endangers precious freshwater sources but also contributes to the rapid rise of sea levels.

Turkey started seeing the fallout of climate change more in recent years, from unprecedented torrential rains that triggered floods to more aggressive forest fires continuing for days due to very high temperatures. Experts say climate change may increase temperatures by as much as 6.5 degrees Celsius (11.7 degrees Fahrenheit) by the end of this century.