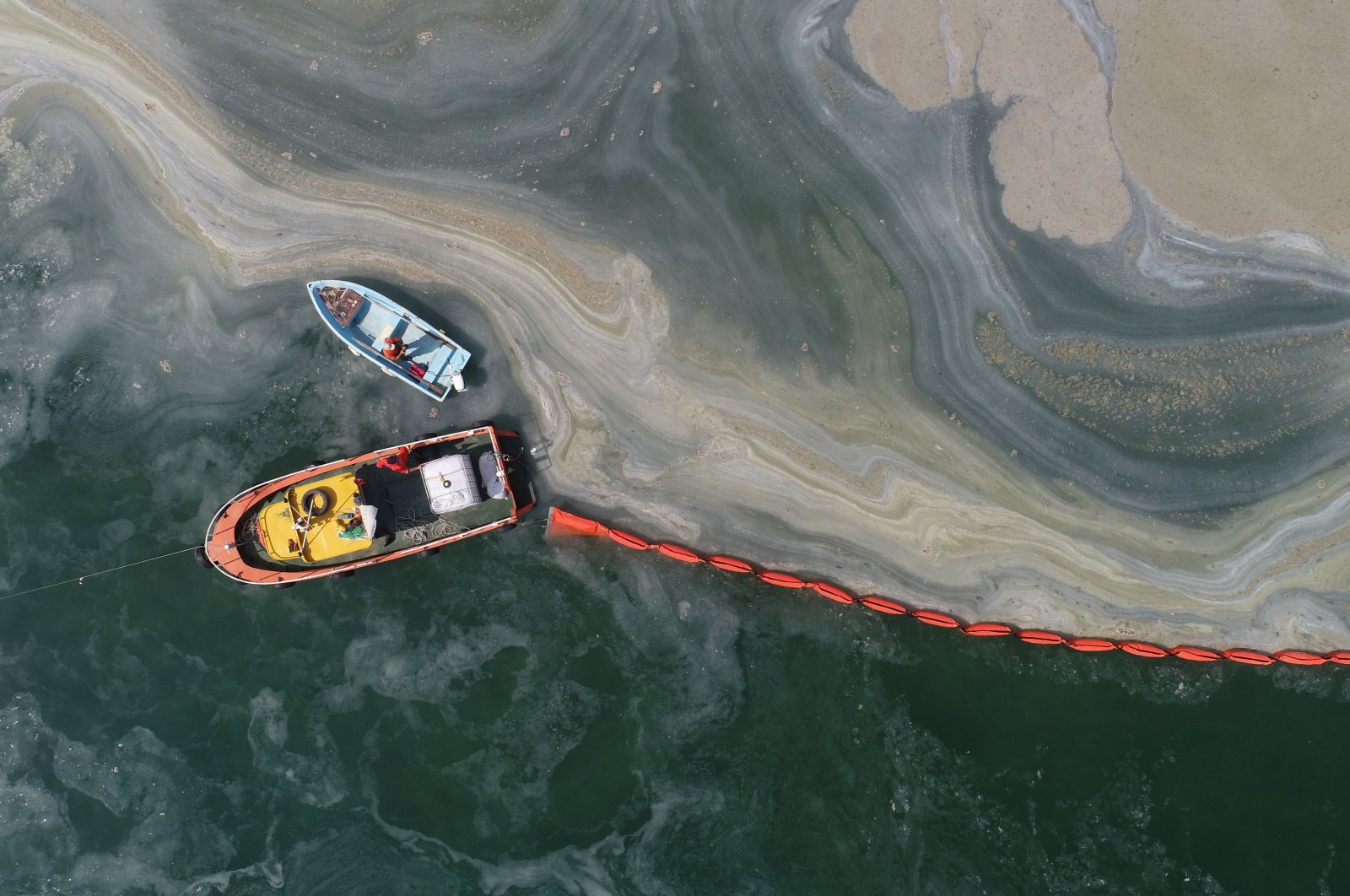 New types of mucilage, or sea snot, that have emerged in the Marmara Sea may cause new environmental disasters due to their “colonial” attributes, experts warn.

Professor Sevim Polat, an academic at the Faculty of Aquaculture of Çukurova University, said that species of Phaeocystis pouchetii are being carried to the Marmara Sea due to the ballast water discharge from ships, and threaten to cause environmental challenges, according to a report in the Turkish daily Milliyet newspaper.

“The Phaeocystis type of sea snot colonizes rapidly and, if the necessary precautions aren’t taken, we may see foams of mucilage that exceed the average height of humans," professor Neslihan Özdelice from the Biology Department of Istanbul University, warned.

In a recent presentation to a parliamentary committee on climate change research, Polat pointed to an increase in different types of diatom (a group of algae) and dinoflagellate, which is a type of algae that lives both in freshwater and at sea. “What is surprising in the latest mucilage incident is that there are newly recorded species in the environment. It is highly possible that these species, especially the Phaeocystis pouchetii, may have been carried into the Marmara Sea, where it is important to observe the damage done by the newly transported species. This species’ colonial forms are increasing in numbers and cause risks. Sea snot comprised of this kind is shredded by bacteria slower than the mucilage comprised of diatoms, which poses a greater threat,” she added.

Özdelice said that the suggestion of wiping out the entire plankton species that cause mucilage is not a viable option, as they are a food source for other animals. “Let them (plankton) live, otherwise we will struggle to find fish to eat. We have to destroy the circumstances that cause stress to these creatures,” she added.

Explaining that the Marmara Sea is a landlocked sea – thus the contaminants may remain longer in the water – Özdelice said: “As long as the mucilage is trapped within the Marmara Sea, the level of bacteria and pathogenic bacteria will increase, causing heavy metal contamination. In order to preserve itself from the adverse environmental conditions or to hold on to various surfaces, their secretion increases, which helps them to grow in colonies.”

She noted that Phaeocystis pouchetii was already in the Aegean and Black Seas and it was not impossible for it to emerge in the Marmara Sea as well.