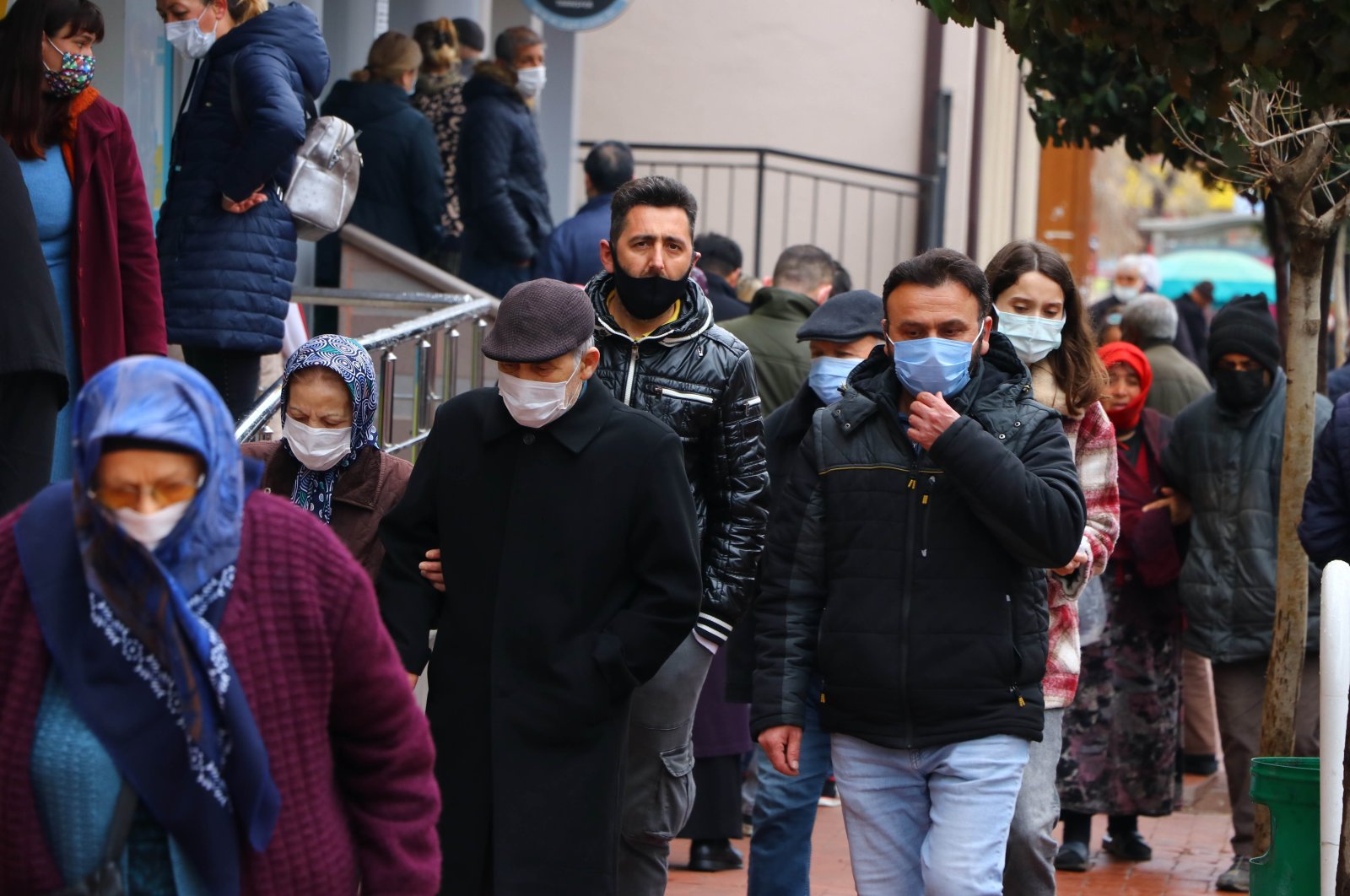 Turkey’s fight against the coronavirus pandemic continues with daily cases reaching a new high. Health Minister Fahrettin Koca, on the other hand, said that COVID-19 is less prevalent among senior citizens who make up only 11.3% of total cases now. He warned that active cases among younger people have taken hold and underlined the necessity to protect them from the risk of infection. In the meantime, experts warn that virus variants, which constitute the majority of new cases, infect people “in just one minute,” stressing that people should comply with protective measures more.

After a steep drop in the number of cases until the first two months of this year, the country witnessed skyrocketing daily cases. Turkey launched a normalization process on March 1 by allowing each 81 province to ease or tighten restrictions based on their risk level.

Nevertheless, no province is in the low-risk category as the latest figures from a map showing data from between March 27 and April 2 published by the Health Ministry indicates. The map gives color codes to provinces based on the number of weekly cases per 100,000, where any province with less than 10 cases per 100,000 is viewed as “blue” or low risk. Şırnak in the southeast was the only province with that distinction until the last week of March and it now has around 23 cases per 100,000.

With 678 cases, the Black Sea province Samsun, which has had the highest number of weekly cases since last month, is again at the top of the list of places with the highest risk. In Turkey's most populated city Istanbul, weekly cases per 100,000 reached 591. In the capital Ankara, where weekly cases reached 272, local authorities shut down middle and high schools, except for their final years.

Associate Professor Günay Tuncer Ertem, an infectious diseases expert from the Health Sciences University in the capital Ankara, said variants were following a course they did not expect. “We anticipated that with more mutations, the virus would lose its infectious nature and the outbreak would be stalled but the mutation turned out to work against us,” she told Ihlas News Agency (IHA) Sunday.

Ertem said the UK variant – the dominant variant in Turkey – was multiplying faster compared to other variants. “It has an up to 30% infection rate compared to the Brazil and South Africa variants,” she noted. Professor Ismail Ciner, head of the Turkish Intensive Care Association, told the Hürriyet newspaper Monday that the older version of the virus was “slower” but the mutated virus can now “infect one person in one minute.” Ciner also warned that the variants caused more damage to organs.