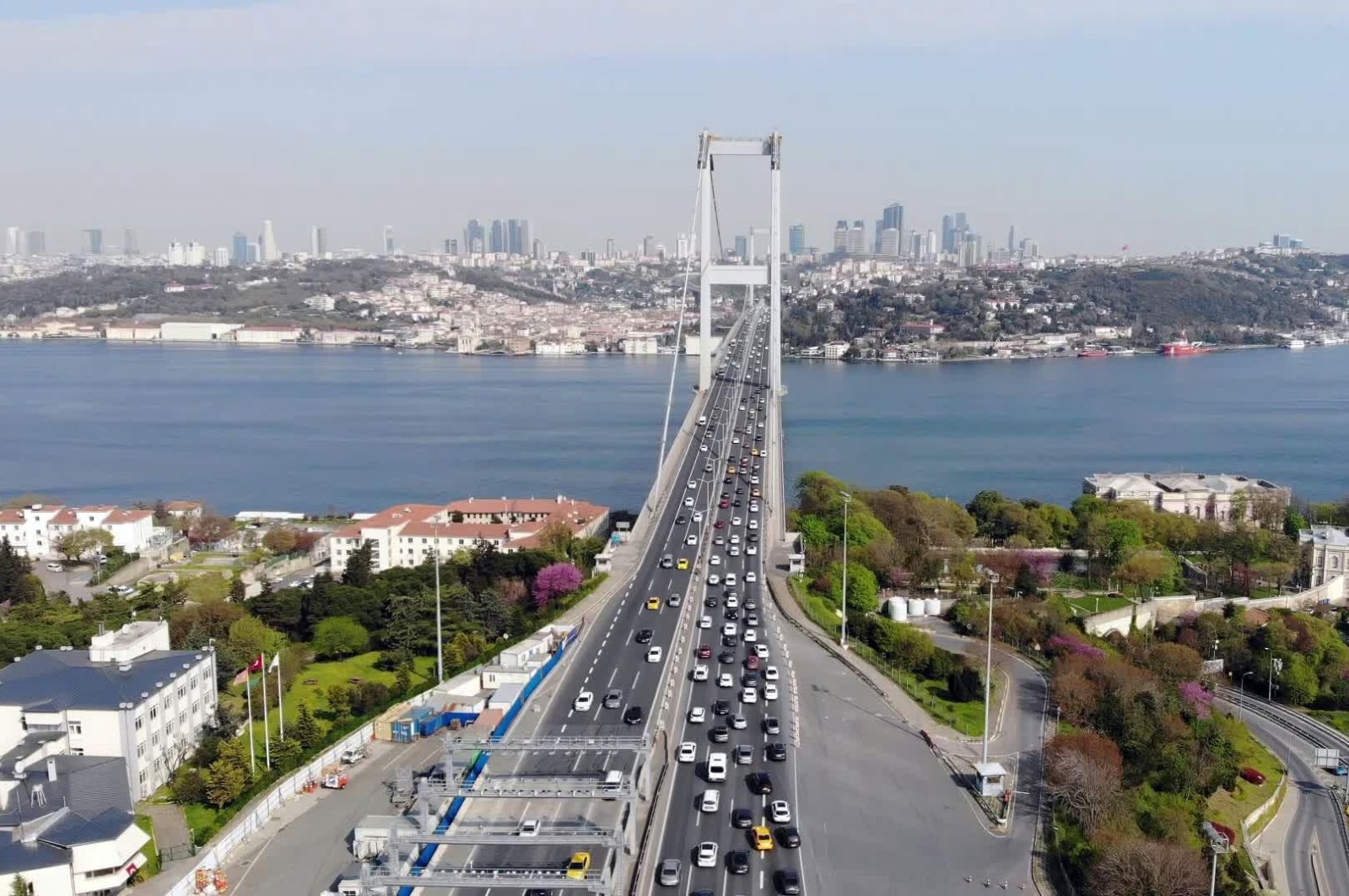 With lowest number in almost one month, Turkey sees a gradual decline in coronavirus cases while a top health expert hails plasma therapy as “the most hopeful” treatment

The tide is apparently turning as the number of COVID-19 cases continue decreasing in Turkey after weeks of grim news. The number of new cases was the lowest in 20 days while fatalities finally dropped below 100 as of late Sunday. Professor İlhami Çelik, a member of the Health Ministry’s Coronavirus Science Board, meanwhile, announced that plasma therapy for COVID-19 patients was “getting results.”

Turkey on Sunday saw the lowest number of new coronavirus cases in 20 days as the number of recoveries hit 3,558. The number of deaths stood at 99, marking the seventh consecutive decline in fatalities.

The latest deaths brought the total death toll to 2,805. The total number of registered coronavirus cases in the country rose to 110,130, as 2,357 more people tested positive for the virus, Health Minister Fahrettin Koca said.

The number of administered tests was also down to 30,177 in the past 24 hours, which the minister attributed to a decreased need because of the lower possibility of contact between people. The overall number of tests now stands at 889,742. According to the data, 3,558 people were released from hospitals in the past 24 hours, bringing the number of recovered patients to 29,140. Koca said the downward trend continued in patients needing intensive care. Turkey is currently treating 1,776 patients in intensive care units, he said.

Turkey recently started applying plasma therapy as a complementary treatment against the disease which has no known effective drugs. With vaccine development still months away, Turkey, like other countries, experiments with drugs effective in similar diseases. Plasma therapy is one of the methods to fight the disease, and the Turkish Red Crescent has launched a drive to collect plasma from recovered coronavirus patients. Professor İlhami Çelik said the therapy certainly gets results, giving an example of one of his patients whose condition is improving. “He has a better oxygen intake now. I believe the plasma method will be helpful because this is a passive immunization method. It helps to find the virus in the body and join forces with antibodies to defeat the virus,” he says.

Çelik, who spoke to Demirören News Agency (DHA) on Monday, said there were only two options to end the pandemic. “You should either have a very effective drug or should wait for the development of ‘mass immunity.’ If at least 70% of the population is infected and recovered, the immunity will emerge,” he says. “It is uncertain when the population will develop immunity, but there are several projections. I hope that the immunity will be developed by June. Some projections say 2022, but I don’t believe it will take that long,” Çelik says. He says there were other unclear points regarding the coronavirus, including its possible mutation in the future and claims of three different types of the virus.

He says Turkey has been largely adhering to self-isolation at the cost of restricting their freedom of movement. Çelik urges people not to relax their own rules and comply with curfews and restrictions imposed by the government. “One person can change the course of the outbreak. For instance, the youth has a higher potential of being carriers,” he said. Çelik added that although restrictions are in place, it is still people themselves who will determine the growth of outbreak. “Most places are closed, and people are not allowed to go out during curfews but people can still make crowds and we are not certain how much they adhere to social distancing everywhere,” he says.

Turkey lastly has imposed a four-day curfew that ended after Sunday midnight to curb the pandemic. Although people largely follow advice to keep social distancing and stay at home, authorities had to declare curfews over the past weeks as people tend to go out more especially over the weekend as temperatures rise. As the latest curfew exclusive to big cities ended, crowds were back on the streets again with traffic seeing a rise again.

"Our citizens in 31 provinces obeyed the curfew, by and large, staying at their homes," said the Interior Ministry in a statement.

"Judicial or administrative proceedings were applied to 35,422 people who did break the curfew between,” it added, referring to fines for violators. It was also stated that the quarantine was lifted in 177 settlements in 44 cities on Sunday.

The ministry underlined that regulations to curb the spread of the virus, such as compulsory wearing of masks and keeping social distance in markets, square and streets, will be strictly monitored over the next week.The country's first curfew was implemented on April 11-12.The curfew was imposed in the capital Ankara as well as in Adana, Antalya, Aydın, Balıkesir, Bursa, Denizli, Diyarbakır, Erzurum, Eskişehir, Gaziantep, Hatay, Istanbul, Izmir, Kahramanmaraş, Kayseri, Kocaeli, Konya, Malatya, Manisa, Mardin, Mersin, Muğla, Ordu, Sakarya, Samsun, Şanlıurfa, Tekirdağ, Trabzon, Van and Zonguldak provinces.

Before the first curfew, 35% of the coronavirus cases in Turkey were among people 65 years old or older, while the percentage has since dropped to 18%, Koca said Friday.

Turkey brought back a total of 1,286 of its nationals from four African nations and Arab countries Sunday as part of its ongoing repatriation efforts for the Muslim holy month of Ramadan amid the coronavirus pandemic.

Some 207 Turkish nationals returning from Somalia and Djibouti on a special Turkish Airlines flight arrived at Turkey's Nevşehir-Kapadokya Airport.

Meanwhile, 166 Turkish citizens landed in Istanbul from Senegal and Mauritania and were sent to Düzce province for quarantine.

Turkey has so far repatriated more than 60,000 citizens, Foreign Minister Mevlüt Çavuşoğlu said in a tweet.