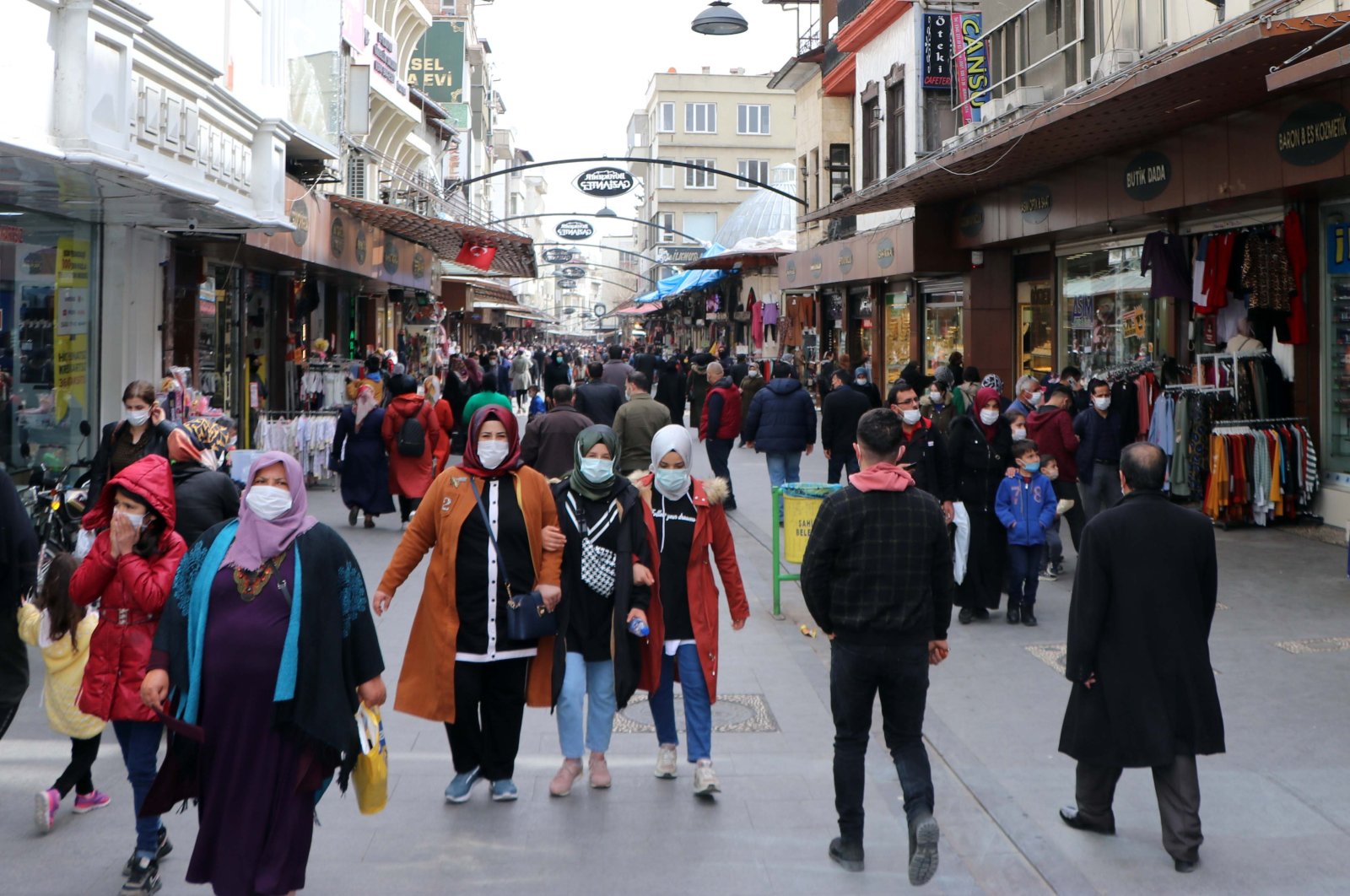 Turkey on Wednesday recorded its highest level of coronavirus cases this year, while authorities and experts warn about new variants and a 'third peak'

Daily fatalities may be stable, but Turkey now faces a new surge in coronavirus cases. On Wednesday, the country reached its highest level since Jan. 1 and exceeded 14,500 cases. Though it is not clear yet whether they are related to the normalization process, which started on March 1, experts warn they may be a harbinger of a “third peak” in the outbreak, after a surge last autumn and in the early days of the pandemic last year.

“The number of daily cases could reach up to 20,000 in April,” associate professor Ümit Savaşçı, an infectious disease expert from Gülhane Training and Research Hospital in Ankara, warned. “Although Turkey is generally successful in vaccination, that feeling of relaxation is premature,” he told Demirören News Agency (DHA) on Thursday. Savaşçı was referring to worrying sightings of people gathering in large numbers after Turkey partially lifted weekend curfews and allowed the reopening of restaurants, cafes and similar venues as part of normalization in provinces with a low number of cases. “But the public should not panic. Instead, they should follow the rules and prevent this from happening,” he added. The normalization process saw the lifting of the Saturday curfew in provinces with lower risk, reopening of businesses and eased curfews for the elderly and children. However, the mandatory mask rule remains firmly in place, while authorities continue enforcing social distancing rules in public places.

Savaşçı says new variants of the coronavirus might also play a role in this new surge. There have been more than 40,000 cases of various COVID-19 variants reported in Turkey, Health Minister Fahrettin Koca said late Wednesday as he asked the public to adhere to preventative measures in the wake of the normalization period. Following a Coronavirus Scientific Advisory Committee meeting in which he presided, Koca issued a written statement on Twitter, warning that the new virus strains had started to spread faster. "Though this does not affect hospitalization in parallel, it has the potential of (causing) more cases and more patients,” he said. "Let's protect our limits. You never know when the virus will attack," Koca's statement read. He revealed that there were 41,488 cases of the B.1.1.7, or the British variant, and 61 cases of the South African B.1.351 variant in Turkey, while the New York B.1.427 and the Brazilian P.1 variants were seen in two and one cases, respectively. Data for the past week showed that people should be more careful about measures to not cause a rise in case numbers, Koca noted. “Caution and vaccines are still our best weapons in the fight against these more infectious variants,” said Koca and added: “That doesn't mean our weapons are insufficient. However, there are difficulties with both of them.”

According to Savaşçı, March is critical in terms of seeing the new course of the outbreak, when the impact of normalization is expected to be tested. “If we can speed up vaccination and restrictions are imposed in provinces with high number of cases, we may not see a third peak,” he said.

Fahrettin Koca pointed out that there is a global struggle regarding the supply of vaccines and fatigue among people after a year of restrictions, but “I believe will overcome this together,” he said.

On Jan. 14, Turkey began a mass COVID-19 vaccination campaign, starting with health care workers along with top officials to encourage public confidence in the vaccines.

The Turkish Respiratory Society (TÜSAD) also issued a warning for a possible “new wave” in the pandemic. Associate professor Berna Kömürcüoğlu, who heads the society’s Infection Working Group, said in a statement on Thursday that Turkey managed to curb the number of cases in the early days of the pandemic but a relaxation of restrictions started in June 2020 slowed down the drop in the number of cases. Eventually, it led to a surge that started in October 2020. This second peak was under control by January thanks to new restrictions. Kömürcüoğlu said that although vaccination numbers are promising, the rate of inoculation so far was not sufficient for Turkey to gain “herd immunity.”

As virus variants take hold in the world and affect Turkey, a debate is underway whether the vaccines are efficient against the new types of coronavirus. The country currently uses CoronaVac, an inactive vaccine, and plans to acquire a vaccine developed by Pfizer-BioNtech. It also hopes to use locally made vaccines against the outbreak.

Hasan Mandal, head of the Scientific and Technological Research Council of Turkey (TÜBITAK) which coordinates vaccine development, says local vaccines were being designed “to be effective against variants.” Speaking to DHA on Thursday, Mandal said scientists took different strains of the virus into consideration while developing vaccines. TÜBITAK currently endorses 17 different vaccines in development in the country. A vaccine developed by Erciyes University in central Turkey appears to be the first that would be available for public use, as it is in Phase 2 trials now and scheduled to start the last phase next month.