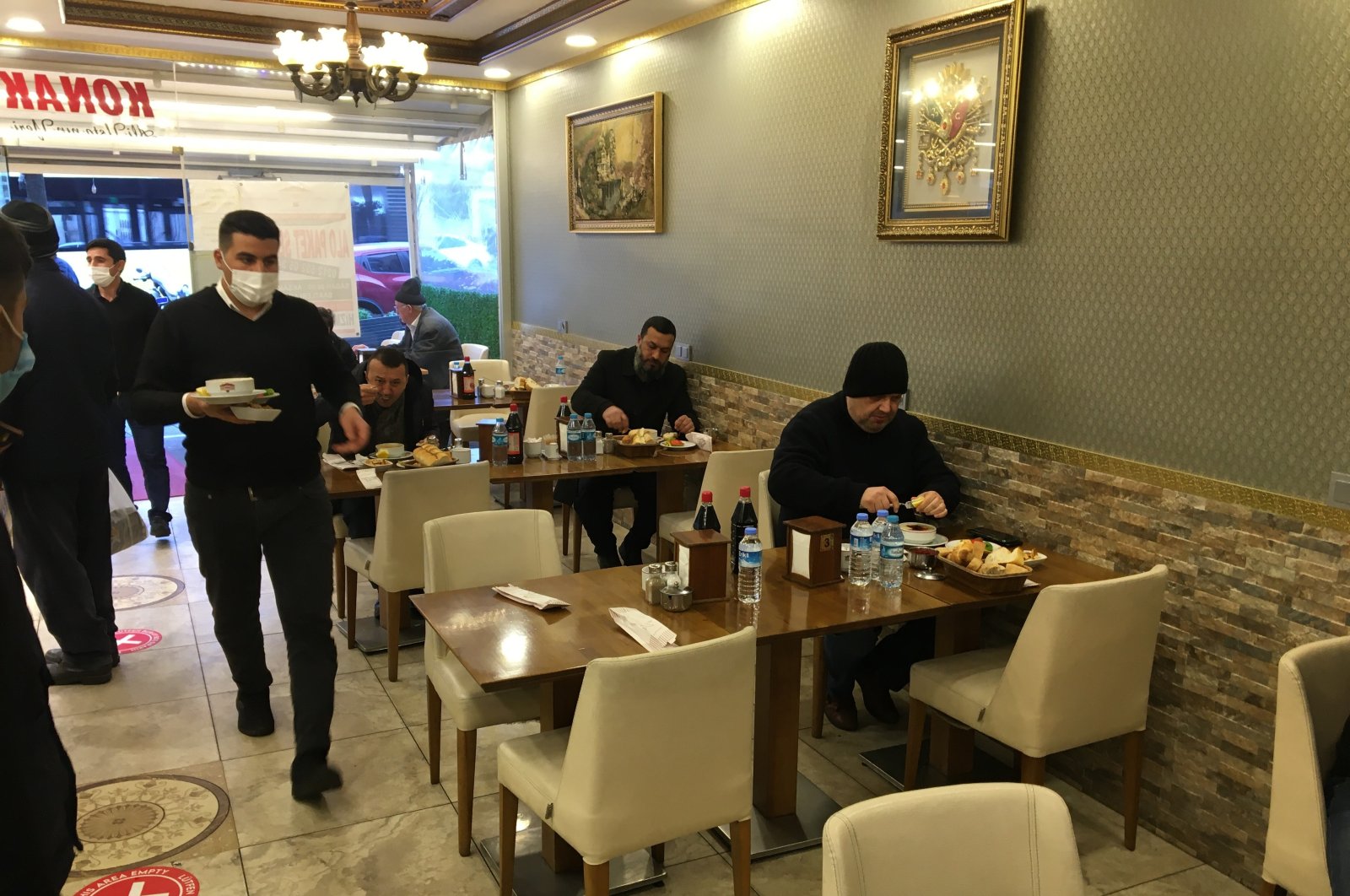 From the lifting of Saturday curfews to the reopening of restaurants, Turkey started a new era amid the coronavirus pandemic as the "controlled normalization" process kicked off Tuesday, with restrictions being gradually removed in low-risk provinces

A weekend excursion, eating out, going to school: These basic comforts from the pre-pandemic era are back in Turkey as the country started lifting restrictions, at least some of them, on Tuesday. After more than 100 days that took a toll on businesses and confined millions to their homes for most of the week, the government announced a new "normalization" process.

The new era, named the "controlled normalization process" by President Recep Tayyip Erdoğan, is hailed by residents of provinces reporting low case numbers, while people living in coronavirus hot spots will have to wait longer for a return to the old days where their movement was not restricted. The curfews have been partially lifted and some closed businesses were allowed to reopen across the country, except in places with the highest risk level.

Erdoğan gave the good news to the public after a Cabinet meeting on Monday and announced weekend curfews in "low- and medium-risk provinces" would be removed. In riskier places, they will remain in place but only for Sundays, while a night-time curfew for weekdays and Saturday night will remain intact. Primary schools, which have been closed for months, also reopened on Tuesday, after a one-day delay as they were scheduled to open Monday. In-person education also resumed for middle and high schools in low- and medium-risk provinces. Schools in rural areas with no COVID-19 cases already reopened last month.

The major beneficiaries of normalization are undoubtedly owners and staff of restaurants and cafes, which were mandated to serve only takeaway meals since November 2020. Except for high-risk regions, they were able to reopen Tuesday. They will operate from 7 a.m. to 7 p.m. and at half capacity and will be mandated to ask for customers' Hayat Eve Sığar (HES - Life Fits Into Home) code, which is used by the Health Ministry to track down COVID-19 positive people.

In the eastern province of Erzurum, the staff of a restaurant welcomed their “first” customer with applause, while restaurants in Istanbul were quickly filled with patrons in the early hours of Tuesday. “We have not been to a restaurant for months. Takeaways are available but it does not give you the same feeling as going out and eating in a restaurant,” Metin Kaya told Demirören News Agency (DHA) as he sat down at a table with his daughter-in-law and grandson in Erzurum.

“People missed drinking soup in a plate. They don’t want takeaways delivered in plastic plates,” Oktay Karalar, chef at a small restaurant in Istanbul told İhlas News Agency (İHA) on Tuesday as he watched customers seeking for tables inside.

Resumption of normal life aside, the pandemic has been devastating especially for smaller restaurants and cafes who suffered from heavy financial losses. Though takeaway services continued, they were limited and businesses which could not afford hiring extra staff for home delivery of meals suffered worse. The government last month announced that the country would provide financial support to the affected businesses. The support can be claimed by businesses, such as restaurants and cafes, whose 2019 turnover was at TL 3 million ($426,433) and below. Businesses, whose turnover has decreased by 50%, will be provided between TL 2,000 and TL 40,000 payment support for loss of turnover. The government in January also announced it would be postponing income tax, withholding tax and sales tax payments of businesses that have seen activities temporarily suspended.

More restrictions will be lifted or reintroduced based on the number of COVID-19 cases in each of the 81 provinces. Some basic rules, like mandatory masks and social distancing, also remain.

The country will follow a color-coded, regional approach in the new process. Provinces with very high risk have a "red code," while others with lesser cases are respectively classified as "orange, yellow and blue." The categorization is based both on the number of cases and vaccination rate as the country started an inoculation drive on Jan. 14, 2020. This month, Turkey's Health Ministry started issuing maps showing the average number of weekly cases for each province and the authority to remove or impose restrictions was delegated to provincial public health boards, straying from the previous centralized approach.

The latest version of the map, covering a period between Feb. 20 and Feb. 26, shows Black Sea province Ordu, which also had the highest number of cases, is again at the top of the list with about 300 cases per a population of 100,000 people. It is followed by other provinces in the same region, including Giresun, Trabzon, Samsun and Rize. The list of provinces with the lowest numbers did not change much, with Hakkari and Şırnak on the southeastern tip of the country leading the list. Three big cities, including the country's most crowded metropolis Istanbul, the capital Ankara and the western province of Izmir, on the other hand, saw a surge in the cases. In Istanbul, the average weekly cases per 100,000 people rose to 89 from 68 in the previous week while this number is 53 for Izmir and 39 for Ankara. The number of provinces with more than 100 cases per 100,000 also rose to 12, according to the latest figures.

Vaccination is the secondary criteria for reopening and Erdoğan said that Turkey has vaccinated over 10% of its total population so far. As of Tuesday, more than 9 million people were vaccinated, including nearly 2 million people who were administered their second jabs after a 28-day interval.

Normalization can be good for people who felt suffocated with months of restrictions but Professor Mustafa Necmi Ilhan warns that people should still remain vigilant against the virus. Ilhan, a member of Coronavirus Social Sciences Advisory Board of Health Ministry, says each province would be analyzed bi-weekly on infection trends and have its color code changed accordingly. “If you live in a ‘blue’ province and ditch rules like masks and social distancing just because ‘things are fine’ in your province, you may see it turn into ‘orange’ or even ‘red’” he told IHA on Tuesday. He also warned people not to “travel” provinces with less risks. “A province neighboring yours can be in blue category but this does not mean you should travel and settle there. This will certainly heighten infection risk and those places, sooner or later, will be high-risk provinces,” he said. “If the public can decrease its mobility, we will see more provinces whose risk decreased, in two weeks,” he added.