COVID-19 vaccine developed by Turkey to be tested in Kyrgyzstan 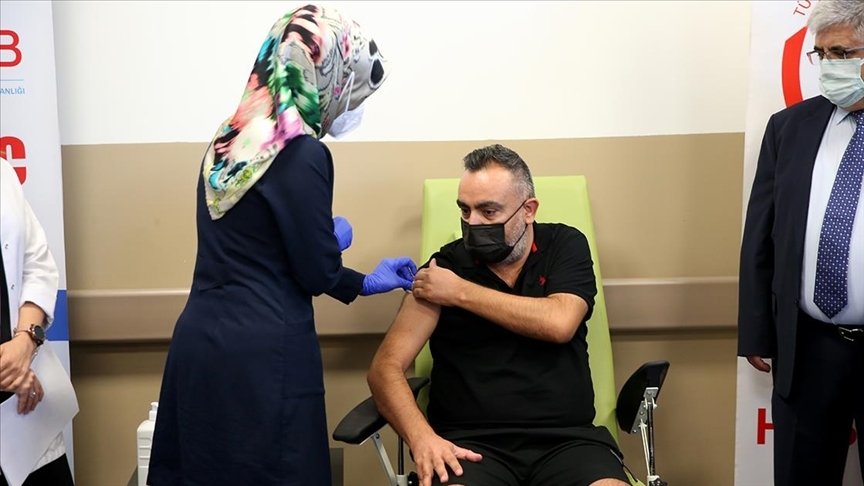 Turkovac, developed by scientists at Erciyes University in Turkey, started its Phase 3 human trials in June. The inactive vaccine is now at the emergency-use approval phase and Health Minister Fahrettin Koca announced last week that its mass production will likely begin in October once it gains approval.

The officials have announced that they were already in talks with other countries to carry out Phase 3 trials of Turkovac. Oktay confirmed that negotiations were continuing with Pakistan, Azerbaijan, Argentina, Colombia and Poland, among others, to bring trials to those countries. “We are working hard to make our locally-made vaccine available not only to our nation but for entire humanity,” Oktay told AA. He noted that international trials would help Turkovac become recognized internationally.

“The experience we gained with the process of Turkovac will also help us to introduce new locally-made vaccines to the international community,” Oktay said.

Turkey and Kyrgyzstan, which maintain close ties, stepped up cooperation during the coronavirus pandemic. Earlier this week, Ankara delivered 150,000 doses of China’s CoronaVac vaccine as a donation to the Central Asian country. Kyrgyzstan was late to start vaccinations against the deadly disease and so far, has vaccinated more than 700,000 people out of a population of 6.5 million people.