Death toll in Turkey from Izmir earthquake rises to 102 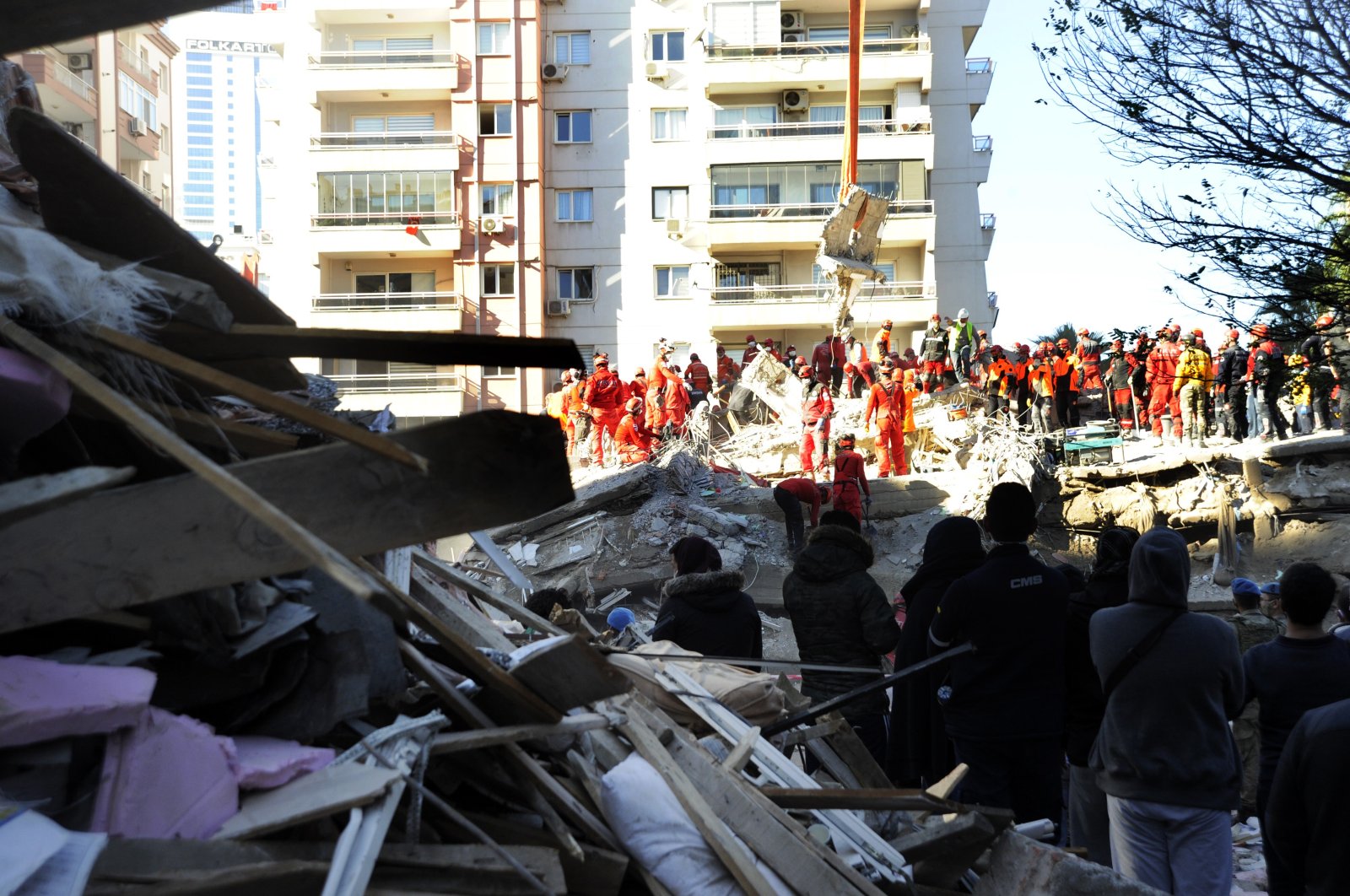 The death toll from Friday's powerful earthquake that hit Turkey's western province of Izmir has risen to 102, the Disaster and Emergency Management Authority (AFAD) said Tuesday.

A total of 155 people were under treatment for injuries sustained during the earthquake, the authority said Monday.

Speaking at a news conference in Izmir, Environment and Urbanization Minister Murat Kurum updated the number of heavily damaged and destroyed buildings to 58.

With cold weather conditions affecting quake victims, Kurum called on citizens to seek shelter at local guest houses. "We began the process of setting up a container city. We will establish a container city with a capacity to host 1,000 people in an area of 46,300 square meters (498,000 square feet) in Bayrakli district," he added.

On Friday, a magnitude 6.6 earthquake hit Izmir, Turkey's third-largest city with a population of 4.37 million.

Family, Labor and Social Services Minister Zehra Zümrüt Selçuk also urged citizens to take shelter at public guest houses in Izmir. "We have a capacity of over 7,000 at our public guest houses. This number can be further increased," Selcuk added.

She further added that an additional TL 5 million ($595,000) will be added on Monday to the TL 5 million social aid package that was sent to the region by her ministry Friday.

Meanwhile, some 1,120 aftershocks have hit the area since the big quake, 43 of them above magnitude 4, the AFAD said. It added that 962 people were injured and 743 of them have already been discharged from hospitals. The 219 others are still receiving treatment.