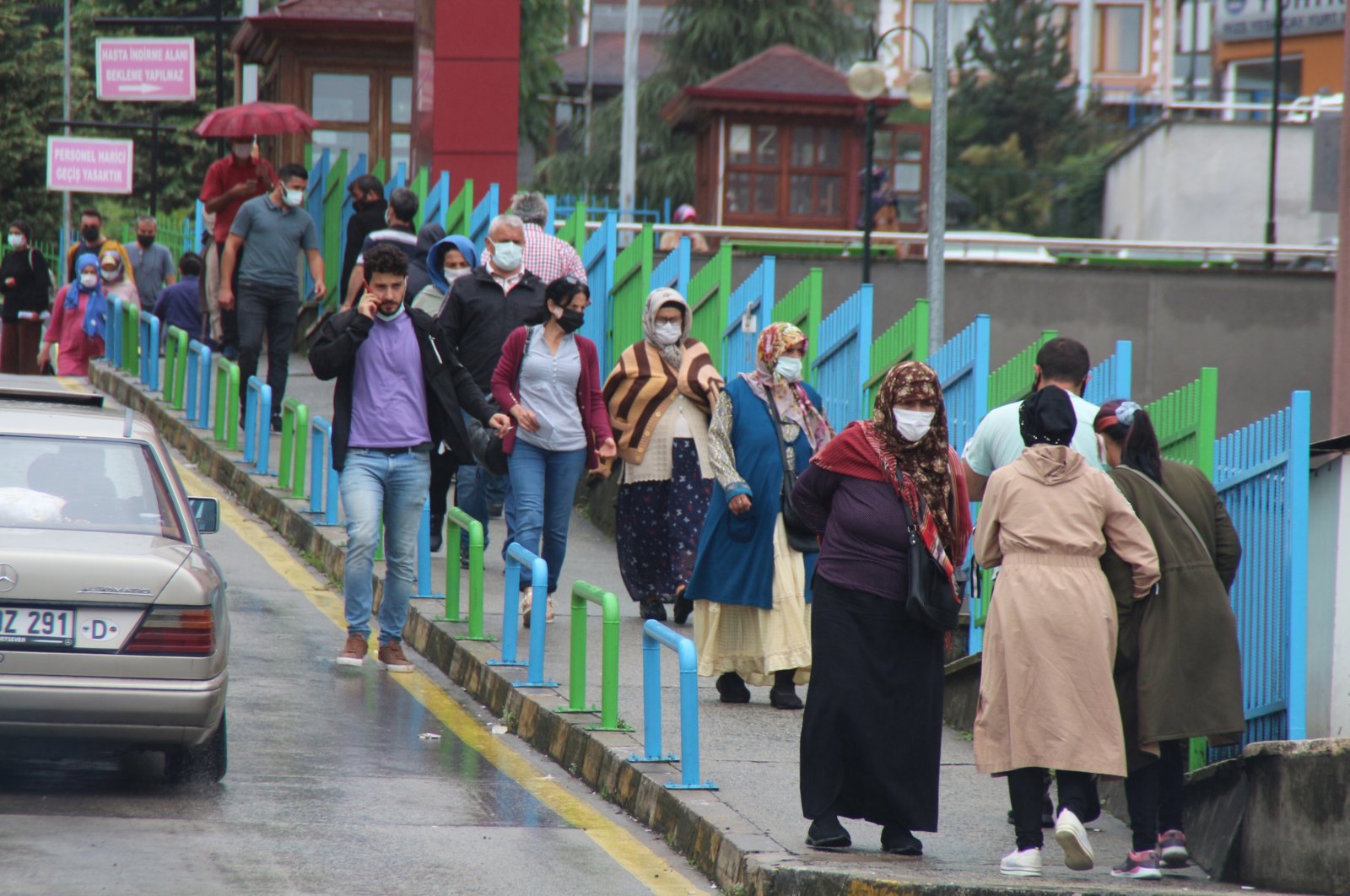 Rize in northern Turkey has dominated the list of provinces with the highest number of COVID-19 cases two weeks in a row, something authorities blame on clusters in families

A small province in Turkey’s Black Sea region leads the nation in the number of weekly coronavirus cases per 100,000 people. The latest figures from the Health Ministry show Rize had 653 cases per 100,000 in the week between Aug. 28 and Sept.3. Causes for the high rate vary for the province, which has a population of more than 340,000 people. Findings of contact tracing crews, however, point to one constant factor: infections within families. “Villages are packed with people living in close quarters,” the province’s governor Kemal Çeber lamented.

Rize was among the Black Sea provinces with a high number of coronavirus cases earlier this year and joined them in the decline of numbers of cases after the government re-introduced strict measures in the spring and a 17-day lockdown. An accelerated vaccination program also helped it to lower the numbers. Yet, a false sense of relief after the normalization process, which began in July, apparently took its toll. Cases per 100,000 people were around 614 in the last week of August in the province whose population swelled due to temporary migration from across Turkey for the annual tea harvest in this “tea capital” of Turkey. Authorities are counting on a reverse migration to alleviate the pandemic’s toll.

Governor Çeber says it is “an undesired leadership” in the country for them. Çeber said the population significantly increased in the summer and reached close to 700,000. “Everywhere is full, from villages to highlands. We see more cases because more people are getting tested,” he told Demirören News Agency (DHA) on Sunday.

Built on a geographically challenged area dotted with mountains, the structure of Rize’s residential areas also worsens the pandemic. Çeber says they have a shortage of vast spaces where people can adhere to social distancing, raising concerns about the population density.

“You can see the fallout from high population easily. You can’t even find a space to park your car nowadays. We have so many people traveling here from other provinces because of tea harvest,” Fazlı Kutmen, a local, says. “Some people return to big cities because the new school year started but some are reluctant to leave Rize,” he added.

Coşkun Koto, a shopkeeper, says it would take at least one more month for Rize to return to its original population. Haşmet Uzun, another local, complains about people’s careless behavior.

“I was about to sit next to an elderly man on the bench in a park and he told me not to come close to him because he had COVID-19. I alerted the police then. People are reckless. They go to weddings, other crowded places even when they are infected,” he complained.

Davut Ahmetoğlu, another resident, also blamed people coming from other provinces to join their relatives for the tea harvest and for weddings. “People tend to stay in each other’s homes here. We have strong family bonds here and people also tend to hug each other while not wearing masks. This naturally raises the possibility of infections,” he says.

Though Rize has the highest numbers, it is still behind ten other provinces that recorded the sharpest increase in the weekly cases. Kayseri in central Turkey and Elazığ in the east leads the list of provinces with the highest increase. In big cities, weekly numbers are relatively lower. Istanbul had around 156 cases per 100,000 between Aug. 28-Sept.3, while it was 242 for the capital Ankara and 45 for the western province of Izmir.

Since March 2020, Turkey has reported more than 6 million COVID-19 cases while the number of people lost to coronavirus has exceeded 52,000. Daily cases have seen a surge in the past two months and are now around 22,000.

Authorities are concerned about vaccine hesitancy among the public and negligence when it comes to following mandatory mask and social distancing rules, two factors behind the recent surge. On the bright side, the number of doses administered has exceeded 101 million in the country’s vaccination program. The government also recently introduced mandatory polymerase chain reaction (PCR) tests for inter-city travel and for entrance to crowded venues for the unvaccinated in a bid to promote non-mandatory vaccination.