'At home' in Afghanistan, Turkish woman opts to stay in Kabul 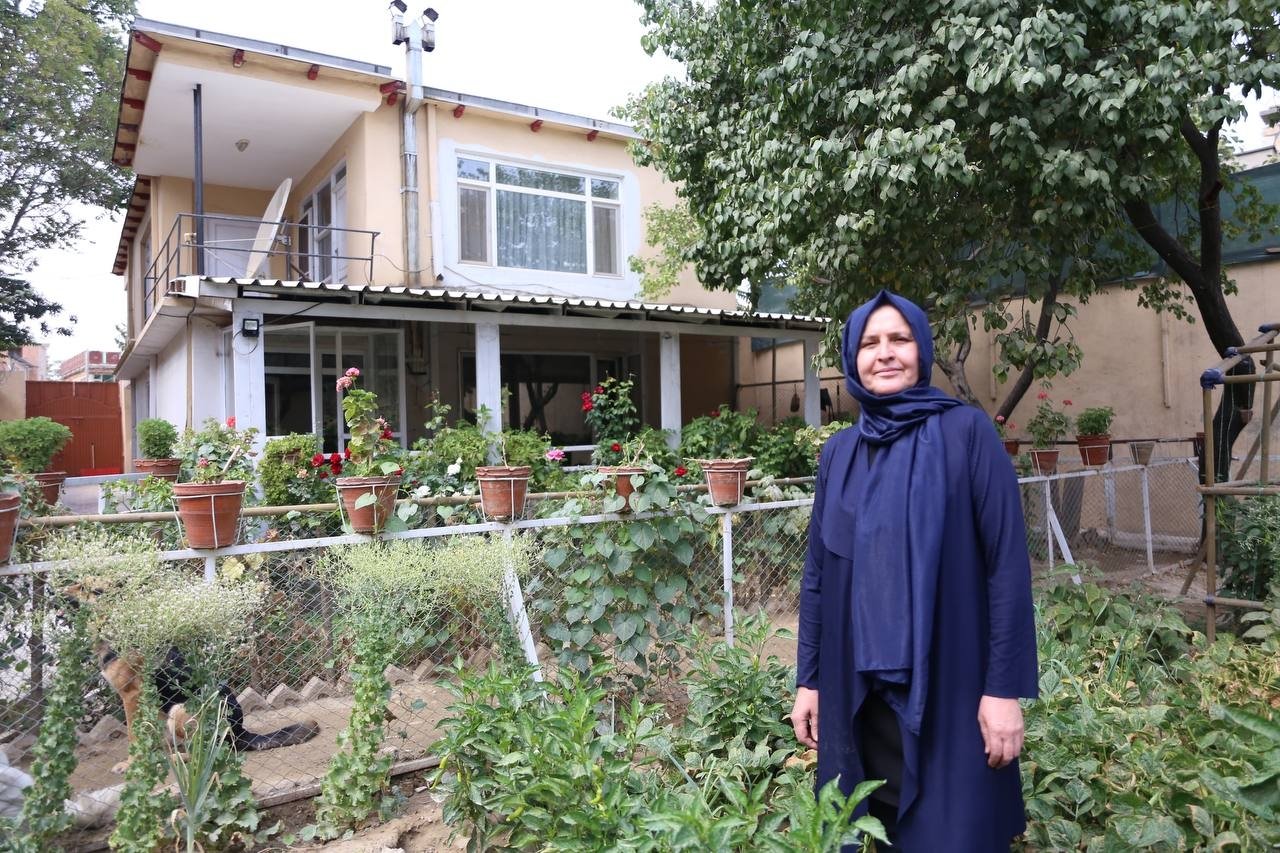 As foreigners and locals rush to depart Afghanistan following the Taliban takeover, one woman joins a small group intent on staying, despite the hardships.

With an endearing and cheerful countenance, Fatma plucks green chilies from her kitchen garden, which she loves, at her home in Kabul's posh Kolola Poshta neighborhood. The 52-year-old Turkish national left her homeland and has been living in Afghanistan for the past nine years, which she asserted is because she adores the Afghan people and the country. Fatma, who lost her husband several years ago, said she first lived in Mazar-e-Sharif, the capital of northern Balkh province, for two years before moving to Kabul and opening a beauty parlor.

Fatma, a mother of two who did not give her last name, told Anadolu Agency (AA) that she is safe and does not want to leave. She added that she had not encountered any security issues during her stay in the country and that she did not consider leaving even during the most intense period of conflict and bombings.

The working mother, who earlier worked as a chef in restaurants in the cities of Istanbul, Ankara and Bolu in Turkey, explained she came to Afghanistan for a tour in 2012 on the invitation of friends who were doing business here. However, she extended her stay as she began a new career as a beautician. She worked at a private company at first, but when it closed down, she was rendered jobless. "I started working at a women's hairdressing shop in Mazar-e-Sharif," she said of her early days in the country, which has been devastated by violent strife for the past two decades. "However, I soon opened my beauty salon in Mazar-e-Sharif," Fatma said, adding that she then moved to Kabul and carried on working as a beautician, with 11 employees working with her now. "There are a lot of Turkish-speaking people here," she added when asked about whether she has picked up the native Dari or Pashto languages. "Even my clients communicate with me in Turkish, and if they are unable to do so, my employees translate for them in Turkish," she continued.

Her relatives tried to persuade her to return to Turkey, but she refused. She stated that she has grown to love Afghanistan and has found the Afghan people to be warm and loving. "I don't plan to go back, I'm comfortable here. I love it here like my own home. I love its people. People are very helpful since I'm a Turk," she continued. Her daughter and son live in Turkey and visit her once a year, and she too visits her relatives back home once a year. Fatma says she doesn't feel alone because she lives with Kral and Pamuk, two white and brown-black dogs. She has also formed real bonds with her neighbors, customers and friends, she added.

Fatma, like many people around the world, has been struggling financially as she has been forced to close her salon twice. First, owing to the COVID-19 shutdown for five months, and again for 15 days last month when the Taliban fighters took control of Kabul on Aug. 15, until the U.S. forces were completely withdrawn from the country on Aug. 31.

"Our business is doing okay right now ... but I am sure it will pick up in the coming days," she hoped. Photographs of women in several businesses in Kabul have been spray-painted over, "but I don't feel harassed," she asserted, dismissing any pressure from the new Taliban administration.