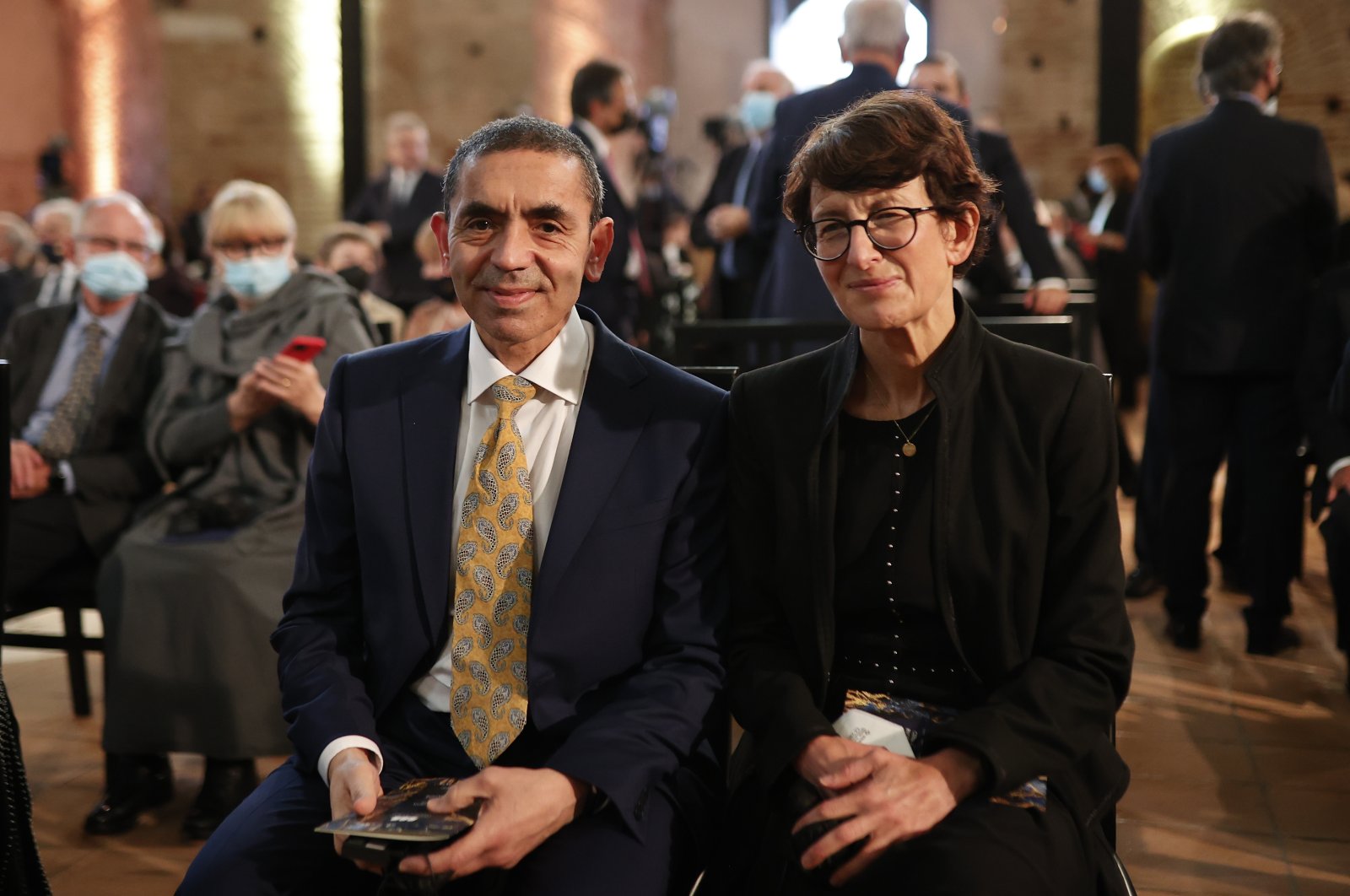 Two Turkish German scientists were awarded Greece's Empress Theophano Prize on Wednesday for saving millions of lives with the development of the first vaccine against the coronavirus, according to the Empress Theophano Foundation.

"It is a great pleasure for me to present the Empress Theophano Prize to two wonderful scientists, Uğur Şahin and Özlem Türeci, who have made their way in life and science together," said Greek President Katerina Sakellaropoulou, who presented the prize, which is given to individuals or organizations for their contribution to the understanding and strengthening of the notion of the modern European identity.

Noting that Şahin and Türeci grew up at the intersection of Mediterranean and Central European cultures, Sakellaropoulou underscored the importance of the role played by the couple in the invention of the vaccine, which protects humanity against COVID-19, one of the biggest threats of the 21st century.

"Today, we honor an important man and woman with their teams of scientists for their important contributions to humanity. We reward their faith, dedication, perseverance and strength," she added.

Türeci and Şahin, who co-founded BioNTech, the German firm that developed a COVID-19 vaccine together with U.S. pharmaceutical company Pfizer, visited Atatürk House in the Greek city of Thessaloniki earlier in the day.

"As scientists of Turkish origin, it is an honor for us to visit the place where (Turkey's founding father Mustafa Kemal) Atatürk was born. Atatürk, as one of the pioneering leaders of modern Europe, understood the fundamental values that free thought and science have for humanity. We subscribe to his wise words 'Science is the only true guide in life,'" the couple wrote in the guest book.

In March, Şahin and Türeci also received Germany's highest award, the Knight Commander's Cross of Order of Merit for their work on the vaccine. They were also named "People of the Year" by Financial Times last year.

Türeci is the daughter of a Turkish physician, who emigrated to Germany from Istanbul. She studied medicine at the Saarland University Faculty of Medicine and became a pioneer of cancer immunotherapy in Germany.