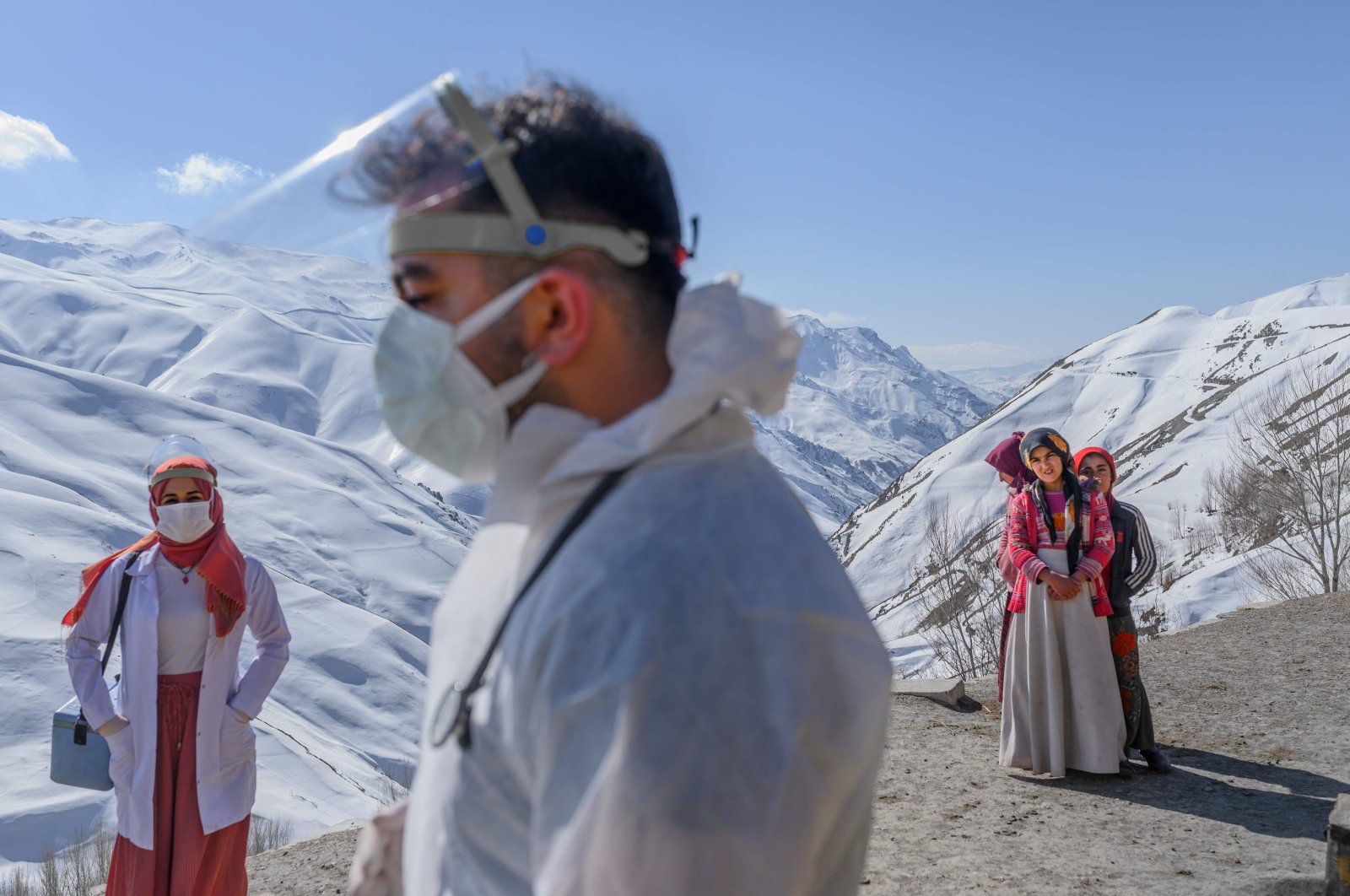 Turkish doctor Sergen Saraçoğlu faces the twin hurdles of a snowstorm in the mountains and local fears of vaccines as he chases after alarmed villagers with a metal case full of needles.

"She had a positive attitude," the doctor says after finally tracking down a 101-year-old grandmother on his list of the elderly due a coronavirus shot in Turkish hamlet of Imamlı of Van province.

"But we also have some people who refuse to be vaccinated."

Turkey's 83 million people are fanned out across the vast country – split between Europe and Asia – and inhabit some seemingly impregnable terrain.

The vaccination effort with China's CoronaVac jab kicked off with a bang in mid-January when Turkey inoculated more than half a million people in the first few days. More than 4.8 million people have got their first shots since then, including 800,000 who received two doses, as Turkey plans to vaccinate 13 million people by March.

But it slowed down considerably when doctors left the big cities and tried to reach remote places such as Imamlı and Özbeyli – two predominantly Kurdish hamlets of a few hundred herders and farmers each.

Saraçoğlu and his team had to spend an hour wheeling their all-terrain vehicle up dirt roads hugging snow-peaked mountains just to reach a man and two women on their list of those over the age of 65 and due their first shot in Özbeyli.

They never found the man while the two women flatly refused and ran off.

Özbeyli's hamlet guard Mahmut Şeker – a 32-year-old employed to protect against PKK terrorists – said he was not surprised the good doctor was having such bad luck.

"Thank God we don't have this virus here – it's a clean place with clean air," said Şeker.

"That's why people don't want to be vaccinated. Also, they are a little bit afraid."

Imamlı's 101-year-old grandmother Berfo Arsakay had her family treat the doctor's team of three to tea while it waited the required 30 minutes to make sure the shot had no side effects.

"It's very good that they have managed to come," she said chattily from her perch on a rug by the window.

"At first they told me to come to the hospital but I swear I will never go until this virus is over."

The hamlets visited by Saraçoğlu's health ministry team have reported only a handful of virus infections and no known fatalities.

A part of the reason is their isolation – and a part the locals' anxiety about traveling to nearby cities where the virus has been killing people for the past year.

"Generally in these villages, there are very few cases. It's because of the social distances, it's the open air," Saraçoğlu said.

"Geographically, in the winter they are cut off from the city. This means that the virus circulates less."

Turkey has officially recorded just under 28,000 COVID-19 deaths and considers itself relatively lucky. Germany has roughly the same population and more than double the number of virus fatalities.

But some in Imamlı and Özbeyli have still been waiting impatiently for Saraçoğlu and his chilled medicine chest full of vaccines.

"My parents have been very careful, they never went down to the city," Sabahttin Saymaz said after his parents got their first shot.

"They were waiting for the vaccine for that."