Palestinian students in Turkey fear for families at home in Gaza 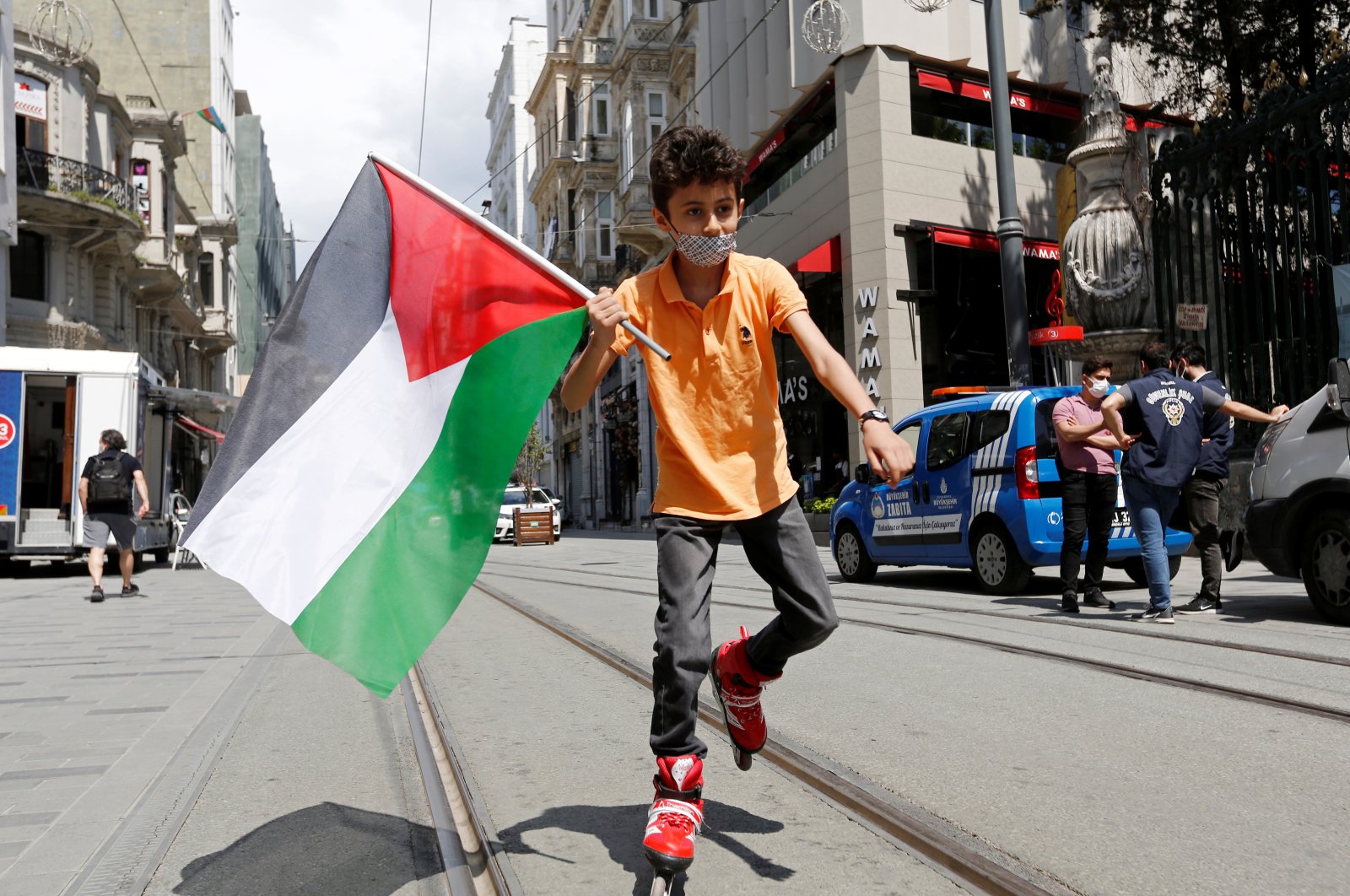 Fear has gripped Palestinian students pursuing their studies in Turkey as the violence at home escalates and the number of civilian deaths in the Gaza Strip steadily climbs.

"We wish we were in Gaza because we would be there with our families and whatever was going to happen would happen to all of us," Mohammed Abutaqiya, 31, hailing from Gaza, told Anadolu Agency (AA).

Abutaqiya, who is pursuing a master's in journalism at Ege University in Turkey's western Izmir province, said the war in Gaza worried him less in the past.

In 2014, he worked as a journalist in Gaza when it was attacked by Israeli forces. He claims to be more worried now that he is away from home in Turkey than he was at the time.

He explained that many of his friends had been killed over the past week and that nowhere in Gaza is safe.

Abutaqiya stated that there appear to be restrictions on the internet in the region, noting that especially over the last week, people have been struggling to get online for longer than two minutes.

"We cannot make video calls at all," he said.

Praising the Turkish people for their support, the student said Turkish institutions and people have extended support and shown solidarity with Palestinians.

Abutaqiya said while he lives in safety in Turkey, his family and the people of Gaza are in danger.

"After I came to Turkey in 2015 to study electrical electronics engineer, I could not go to my country," said Ibrahim Alshaikh, another student enrolled in Ankara Gazi University. He also wishes he could be in his motherland during this difficult time.

"My family is living in Gaza. They are not subjected to the attacks directly in Gaza but they are going through very difficult times," he said.

Alshaikh said he has experienced two wars in Gaza and that the current one is the hardest.

"Because I am living far from my family. They are not safe in Gaza, and I am in Turkey. I am living with the fear that something will happen to my family at any moment," he explained.

He explained that his family is safe for now but attacks are now happening closer to his home.

"When I talk to my family and friends living in Gaza, I hear terrifying sounds of explosions of missiles and aerial bombardments," said Zaid Isleem from Gaza, studying journalism at Ankara University.

"The incidents currently happening in Palestine, especially in Gaza City, are war crimes and Israel must be punished for its crimes," he said.

He said Palestinians were struggling for their legitimate rights

"Frankly, I support the resistance as Palestinian youth. Many children have been martyred and many houses bombed. Resistance will always be the Palestinian's answer to the injustice of its Zionist enemy," he said.

Expressing confidence that Palestinians will continue to defend Al-Aqsa Mosque until their last breath, Isleem said the violence needs to be stopped and that he will support the resistance until the end.