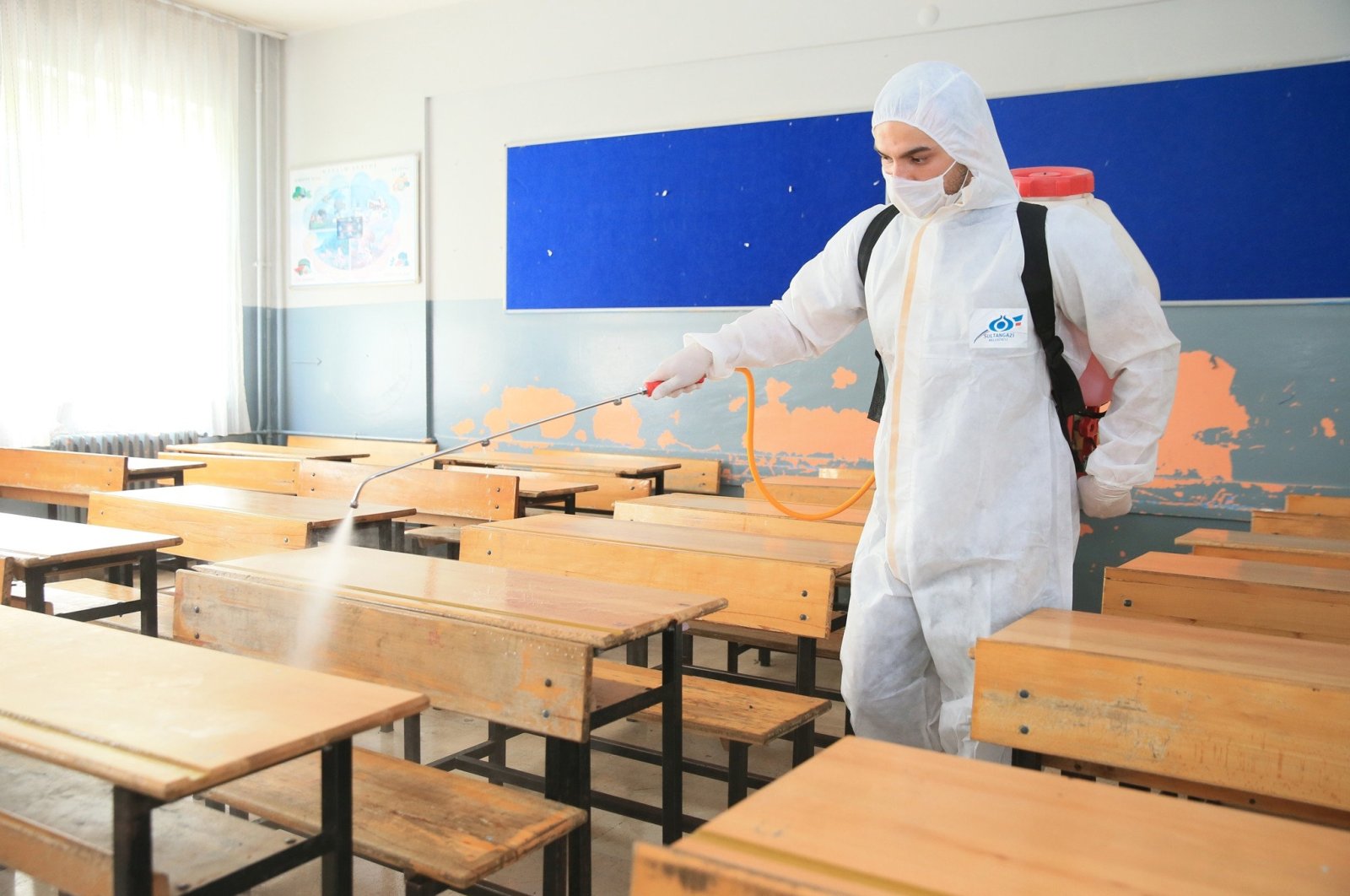 Millions of students and teachers wait for that fateful day: Aug. 31. Schools, shut down after the COVID-19 pandemic emerged in Turkey, will start a new school year that day according to plans. For a senior official overseeing country’s measures against the outbreak, schools can only open safely based on figures next month, immediately after Qurban Bayram. Bayram or Eid al-Adha which will be marked on July 31, will see greater nationwide mobility.

Professor Hasan Tezer, a member of the Health Ministry’s Coronavirus Science Board, says trends in cases during and after Bayram will determine whether students and teachers will return to school on the said date. Turkey had shut down all schools in March and officially ended the school year last month. Students had taken remote education classes online and on TV in the period between.

Turkey has come a long way in the fight against pandemic since the schools were closed and saw the number of daily cases drop below 1,000 recently. Nevertheless, the danger is still there in the absence of a vaccine. Authorities repeatedly warn the public not to drop guard and comply with measures like wearing masks and adhering to social distancing. Though Turkey eased the majority of restrictions on businesses and social life, it strictly enforces a ban on going out without masks and violation of social distancing.

Tezer warns to avoid pitfalls of Qurban Bayram in the era of the pandemic, like visits to relatives and families to exchange Bayram greetings, a celebrated custom for millions. He said Turkey was at a critical level in terms of the number of cases and the decision to reopen schools will be dependent on a decline in the infection trend.

“Currently, if the downward trend continues, I think it is fine to reopen schools after necessary arrangements (for safety) are done. The next 15 days will be important as we will look into the number of cases and assess the situation. If people do not follow rules against pandemic during Bayram, we will have to reassess the decision to allow schools to reopen,” he noted.

Ziya Selçuk, Minister of National Education, says they have different scenarios ready to start the school year. “We are working on four different plans about schools,” Selçuk said in a televised interview on Wednesday evening. One of them is opening schools without restriction and another is continued shutdown where students will have to continue taking online classes. Under another scenario, the government plans lesser school hours or closing schools for certain days of the week, changing school hours to allow more students to attend the classes but at different times of days. This third scenario also includes reducing school days and offering online classes on some days. Finally, the ministry considers reopening schools under strict measures against the pandemic in provinces with high risk and reopening schools without restrictions in safer provinces under another scenario.

In any case, masks will be distributed for free to students when schools reopen, Selçuk said. Students will be required to wear masks all around the school. He also said that they formed “an epidemic board” at every school which would oversee measures against the pandemic both at the school and school buses.

Turkey confirmed 902 new COVID-19 cases and 19 deaths in the past 24 hours, Health Minister Fahrettin Koca announced on Wednesday evening. The total death toll has reached 5,545, while recoveries hit 205,214 with 1,203 additions, according to data shared by Koca on Twitter. More than 43,000 tests were conducted in the past 24 hours, while the total tests conducted have reached 4,403,031. Regarding the recoveries in the last 24 hours, Koca said that they exceed new COVID-19 cases by 300 for the first time in recent days. “The new case number after 44 days is close to the 900 mark,” he said, pointing that masks have become a widespread sight in many cities. Evaluating the steady numbers of new infections under the 1,000 mark the minister said in the statement that this stable state is advantageous during the pandemic, showing that the health care system is not under threat. However this success is not enough, he said stating that the number of new infections needs to get lower.