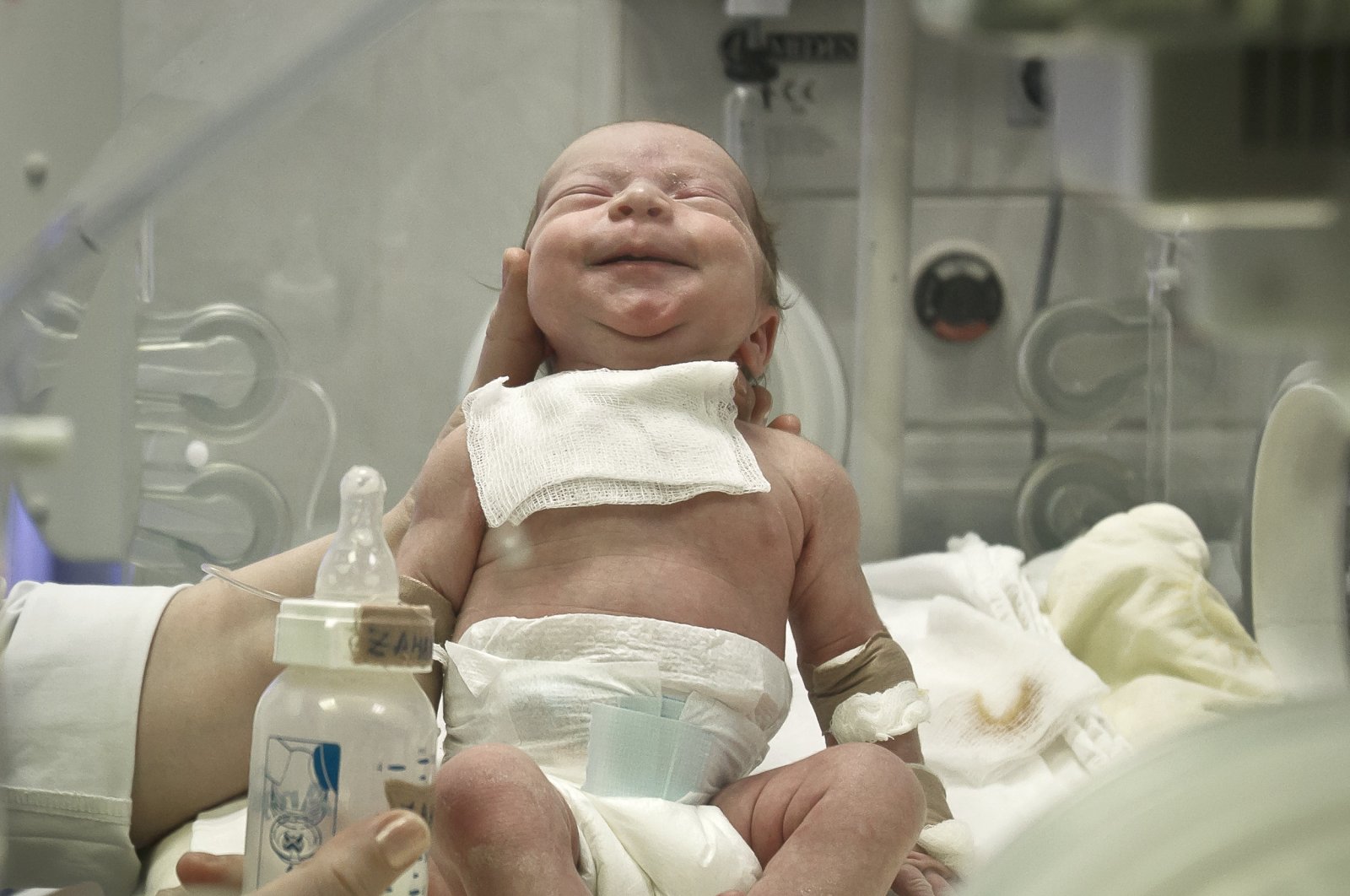 A newborn baby appears to smile after having a meal at the intensive care unit of the Marie Curie children's hospital, on March 18, 2012, in Bucharest, Romania. (AP File Photo)
by DAILY SABAH Mar 24, 2021 12:00 am
RECOMMENDED

Turkey’s fertility rate outpaced 27 EU member-states in 2019, even though the country's fertility rate has been on a decline in recent years, according to data released by Eurostat Tuesday.

The fertility rate in Turkey remained at 1.88, below the standard replacement level for a population at 2.1%.

Experts in Turkey attribute the gradual slowdown in fertility rates to urbanization, a rise in the number of women pursuing education and their active participation in the workforce, which indirectly leads to the postponement of births.

A recent study also revealed that the number of children in Turkey continues to fall. According to TurkStat statistics on children published in 2019, children, aged 0-17, now make up 22.8 million of the population, or 27.5%, compared with 29.4% in 2014. A graphic accompanying the report reveals that Turkey’s image as a young country may be history in the coming years. The child population was 45% in 1935, in the 12th year of the fledgling Republic of Turkey, and future projections show a steady decline in the coming years. It is estimated that their share of the general population will fall to 27% at the centenary of the Republic and by the end of this century, it will fall further to 19%. Still, Turkey fares well compared with European countries in which the child population’s proportion is 18.6% on average.