EU-funded hospital in Turkey's Hatay to serve as health hub 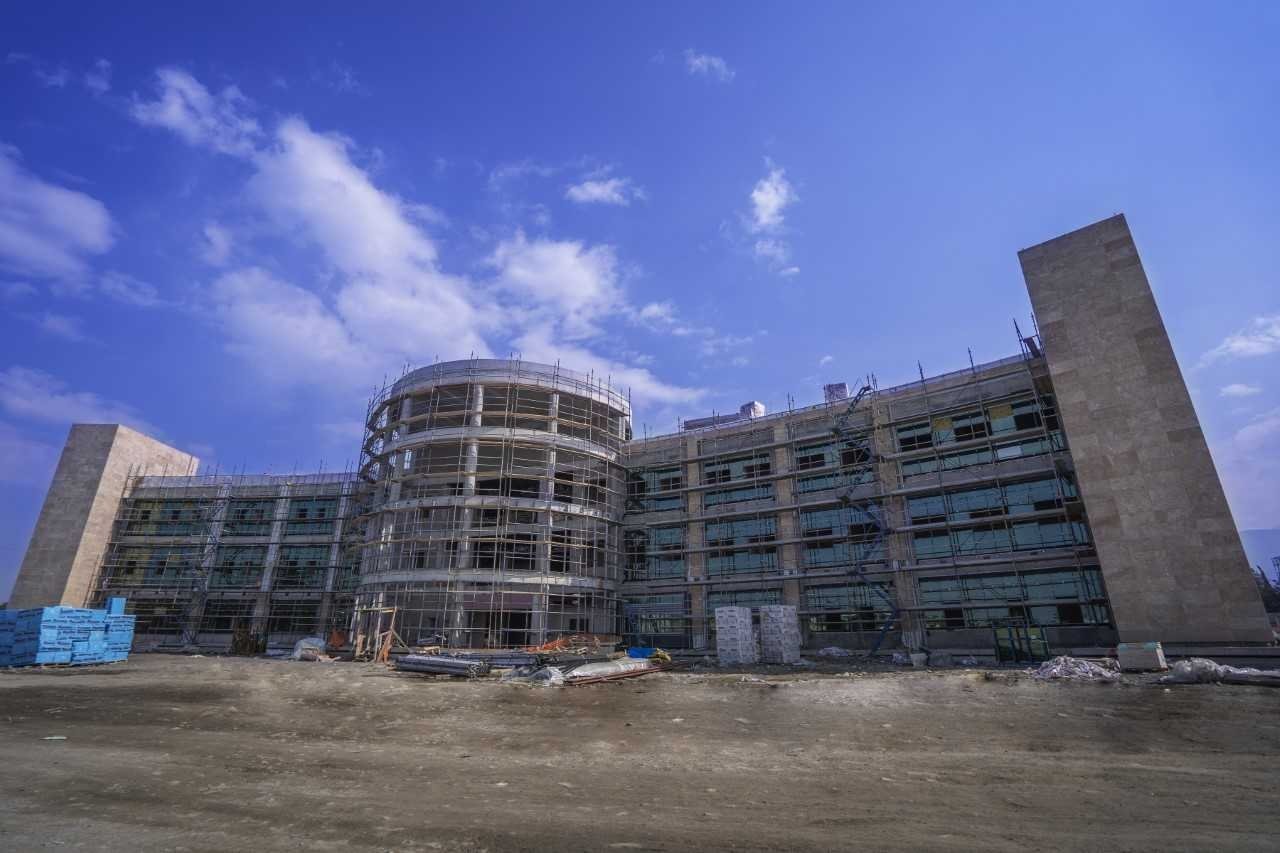 A view of the hospital which will open next year in Dörtyol district, Hatay, southern Turkey, Dec. 14, 2021. (COURTESY OF EUROPEAN UNION DELEGATION TO TURKEY)
by DAILY SABAH Dec 15, 2021 10:40 am
RECOMMENDED

Dörtyol, a district in the southern Turkish province of Hatay, will welcome 2022 with a brand-new hospital, courtesy of funds from the European Union. The hospital, costing 40 million euros (about $45 million), will begin operations early next year with its 250 beds, special maternity health services and other facilities. The New State Hospital is being constructed as part of a collaboration between the Health Ministry and European Union, under the management of the French Development Agency (AFD) and the Ministry of Health's Directorate General for Health Investments.

The site is located in a region where the population has swollen as a result of mass migration from neighboring war-torn Syria. Authorities hope the facility that will serve 6,000 patients a day will address the health needs of the wider region.

Ambassador of the European Union Delegation in Ankara, Nikolaus Meyer-Landrut says that the investment was realized thanks to the long-standing cooperation between the European Union and Turkey. Meyer-Landrut said in a written statement that EU financing became increasingly effective in diverse areas, primarily in health and education infrastructures. "The hospital (shows) how important and meaningful the cooperation between (European Union and Turkey) is, and will naturally offer a solution to the increasing health demands of the local community as well as the disadvantaged populations.

"We provide a wide range of health-related services to both host populations and people fleeing humanitarian crises. With the program still in effect, we have provided a funding of 780 million Euros in the field of health, and thanks to this funding, we have put into service 430 ambulances and more than 177 health centers for groups fleeing humanitarian crises. Moreover, we are about to complete another hospital construction in (southern province) Kilis as well, in partnership with another financial institution. I would like to thank the French Development Agency and the Ministry of Health of the Republic of Turkey as well as all relevant institutions and units for their cooperation," Meyer-Landrut added.

AFD's Director for Turkey Tanguy Denieul pointed out that the new hospital will serve not only Dörtyol but a larger area, including neighboring districts like Erzin and Payas. Denieul said that once the hospital opens, high-quality, comprehensive health services will be available in the area to respond to the needs of the population.

“More importantly, the services needed by special groups like women and mothers will be met within an improved capacity and quality. Services such as maternal hotels, special delivery and care rooms, a permanent training space for pregnant women and mothers, and playrooms for children will become operational. I must stress that the hospital has been built with the top-notch technology. Since the Hatay province and vicinities are an earthquake zone, it is important that this hospital is equipped with earthquake isolators. As such, the safety of patients and their families as well as the healthcare workers, safety of everyone will have been ensured," he added.

In November, Turkey has also ratified an agreement to enhance health care infrastructure for refugees in the country, signed with the Council of Europe Development Bank (CEB) and the Delegation of the European Union to Turkey. The health care project, being carried out with an investment of 79.3 million euros, is expected to be completed by May 30, 2024.