A turtle story: Saving the species on Turkey’s coast 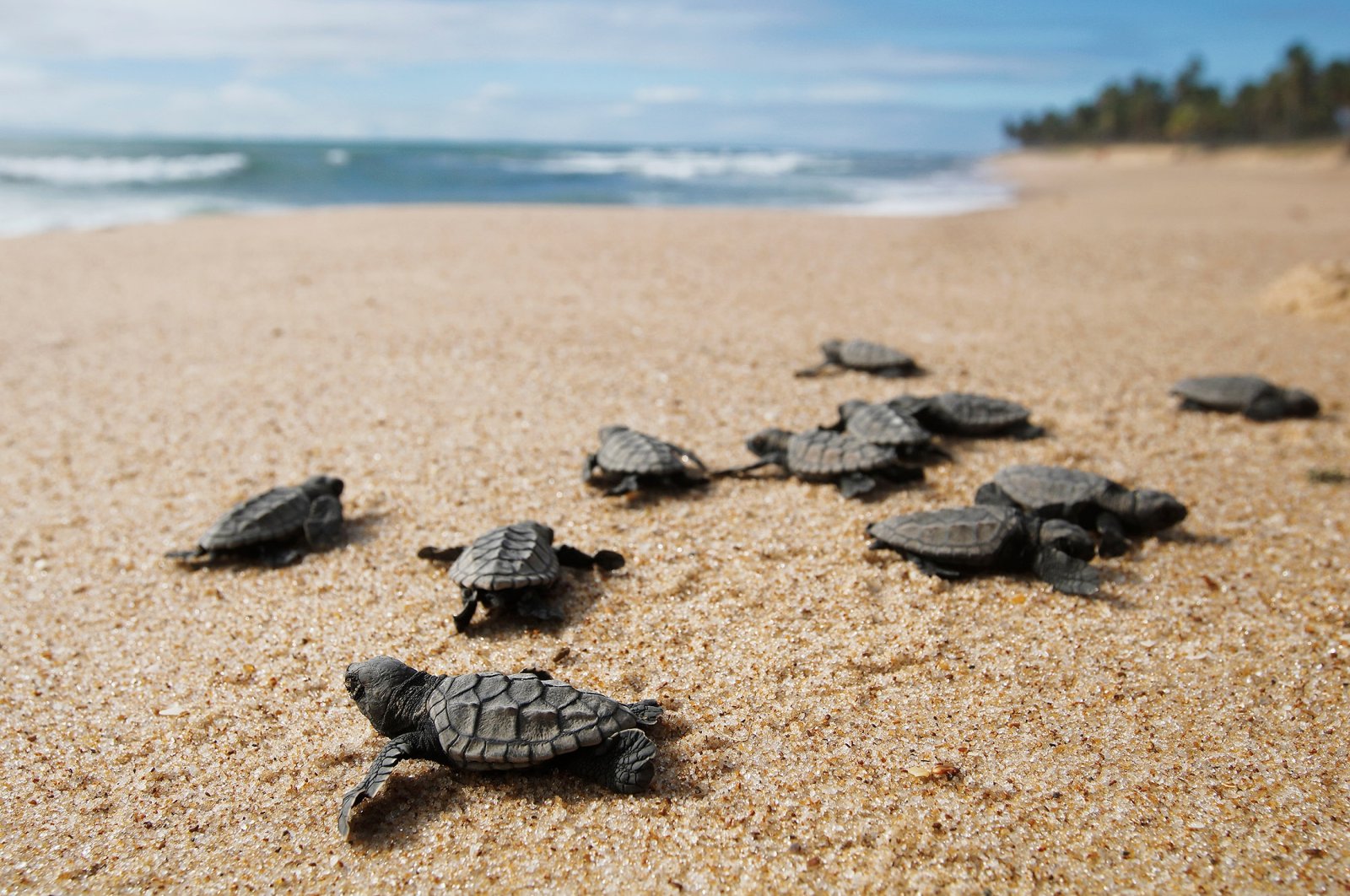 As nesting season for Turkey’s Caretta carettas approaches, here are a few lifesaving tips for beachgoers

Turkey’s southern Mediterranean coast is an important breeding ground for loggerhead and green turtles that return each year to the beaches where they themselves were born to continue their species’ legacy. Some beaches, such as Iztuzu Beach in Ortaca and Patara and Olimpos in Antalya, are renowned for this phenomenon and serve as protected areas for these endangered species, but the truth is that these turtles’ actually nest in dozens of beaches along Turkey’s southern coast. Thus, there are a few tips that are crucial for each beachgoer to be aware of to ensure they don’t inadvertently negatively affect the proliferation of this very important species.

The plight of the turtles that share many of Turkey's prominent beaches has recently come to light once again with the story of Seher Akyol, a woman who has devoted her life to singlehandedly protecting the wildlife on Antalya's Mendirek Beach, which neighbors the more well-known beach of Side located in the Manavgat district. Not only did she walk away from her professional career and spend all of her savings in order to camp out on the beach to assist the turtles that nest there, the seals that visit and the wild orchids growing on the beach, but she also founded DEKAFOK, a nonprofit devoted to protecting said turtles, seals and orchids.

For Seher, it was the sight of a turtle crushed to her death before being able to cover up her eggs in the sand that prompted her to leave her position in an attorney’s office to devote her life to protecting the wildlife we share the beaches with. This life-altering event took place last May, when she was walking along the beach with her son, who implored her to do something to help protect the turtles on the beach and to inform those visiting of the importance Turkish beaches hold for these animals.

I was recently contacted by two separate traveling international couples in Turkey that have YouTube channels who both derailed their plans when they heard Seher's story and were deeply affected. The fact that for well over a year now she has been singlehandedly camping out on the beach and setting up protective shields for the nests, hit home and together they began devoting their travels to getting the news out about DEKAFOK. I had the fortunate opportunity to meet them when they came to Dalyan to pay a visit to legendary expat June Haimoff aka “Captain June,” an English woman who was integral to establishing Iztuzu Beach in Ortaca as a protected area for nesting turtles. Now 98-years old and still residing in Dalyan, June Haimoff continues to add to her legacy in the region, a legacy marked by feats such as establishing the first Turtle Conservation Center in the area and her recommendations to alter the structure of boats in the region to be more turtle-friendly. Understandably, she had a lot of knowledge to share. From there, the British traveling couple, known online as "Tread the Globe," paid me a visit with Seher in tow, giving me the opportunity to meet this spectacular woman who is fast becoming a legend in her own right.

You see, the couple behind "Tread the Globe," Chris and Marianne, were making their way around the globe in their van "Trudie," when they found themselves indefinitely in Turkey at the height of the pandemic. However, this worked to their and our advantage as they have been creating extremely entertaining and informative videos documenting their travels throughout the country. When they saw Seher on her own at the beach picking up trash at the crack of dawn only to learn that for well over a year now she has been devoting everything she has to protect the turtles, they knew they had to get the news out to make sure we are all more informed about these precious animals we share the coast with. They called on fellow Youtubers and friends "The Mamuchos," an American and Spanish couple who were also traveling in Turkey, and implored them to alter their plans and pay a visit to Manavgat to check out this woman’s incredible story, which they did.

Both have posted videos documenting the experience and a GoFundMe account has also garnered nearly 17,000 pounds (around $24,000) since they came aboard the mission last week. Meanwhile, on Friday, DEKAFOK had an official launch that was attended by Deputy Minister of Culture and Tourism Nadir Alpaslan. Seher herself also hit the headlines of a number of newspapers recently when she approached an ATV on the beach to inform the driver of the danger their joyride poses to the beach.

What matters for us as beachgoers is to be aware of the ramifications some of our actions can have on these precious nesting grounds. You see, every year from approximately May to November both the loggerhead aka Caretta caretta and green turtles return to their birthplace to give birth to their next generation. To do so, the turtles swim ashore where they each dig a hole into the sand, approximately 20 centimeters deep, and lay their eggs. After the incubation period, the newly hatched turtles practice heading to the sea, which will become their forever home once they have gained enough strength.

When cars or vehicles like ATVs are driven on the beach, they risk not only running over the turtles themselves but also disrupting, or even completely annihilating, their nests. Similarly digging up sand to let’s say, make a sandcastle, could also result in the destruction of a turtle’s nest. Beach bonfires disturb the turtles' vision and can scare them away before they lay their eggs, but even more seriously could be burning the baby turtles living beneath the sand. Therefore, even if we may not be able to actually see the baby turtles, it is important that we keep in mind they could potentially be hanging out just beneath the surface of the sand, above their nests where this very important stage of life takes place.

Fishing nets and trash can be detrimental to the species, especially plastic bags which to the turtles resemble the jellyfish they prey on. And of course, turtles can also get tangled up in discarded masks, particularly their straps that can limit their range of motion and easily lead to their death.

Youtubers Tread the Globe and The Mamuchos have both released videos documenting their experiences on the beach in Mendirek, where DEKAFOK is based. The GoFundMe campaign is still going strong, with all donations going toward the ongoing work to protect the turtles and natural habitat on Manavgat's expansive beach.

Seher with DEKAFOK also offers ecotourism tours and informative events for those interested in learning more about the thousands of baby turtles she has assisted in safely making their way to the sea by protecting their habitat. Seher introduces visitors to the area turtles and Mediterranean seals call home and shows them the spectacular wild lilies that grow on the beach, which she has replanted in safety zones. Meanwhile, those who want to volunteer their time can help Seher set up shields to protect the nests, which she records every night, though visitors are more than welcome to join in, or simply help clean litter off the beach. Anyone and everyone is welcome.