Expats rejoice: Why it’s good to be in Turkey amid the COVID-19 threat 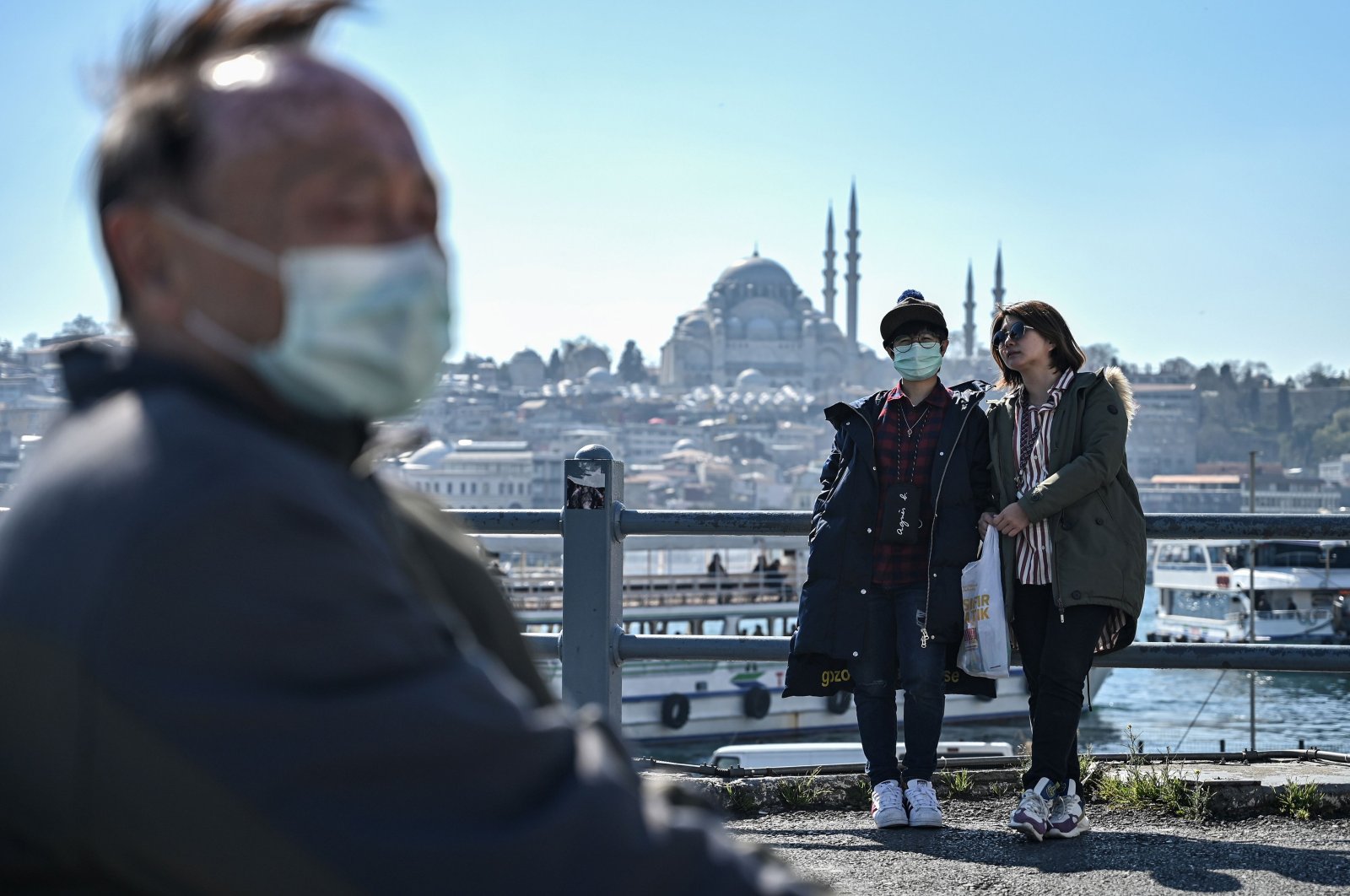 Whether it is the recently reformed health infrastructure, timely instituted travel controls or just Turks' general sensitivity toward cleanliness and respect toward the elderly, Turkey is one of the few countries where it's not so bad to be facing a global pandemic

While the developments of this past week may be shocking for Turkey’s residents, let’s all admit it was pretty inevitable that eventually someone in the country would be diagnosed with the new coronavirus, aka COVID-19. However, let us also remember that we are extremely lucky to have gone this long without having been bombarded with cases of the virus, and this very well may be because the government in Turkey has taken an extremely proactive approach in managing this disease, which has been disabling nations worldwide.

Last night, Turkey reeled with the news of more coronavirus cases, as the number hit the double digits, reaching 18 as of the end of the week, and a decision was made to temporarily close down bars and nightclubs as of today as an additional precaution. Meanwhile, schools have gone on break, flights to nine nations have been canceled, and Turks and residents arriving from abroad are advised to self-isolate for a fortnight. While these may seem like drastic measures, we can truly rest assured that they are timely and wise and anyone currently in countries hit the hardest, i.e. Italy, would easily attest to the fact that these are extremely wise moves to curtail the spread of the virus as well as a complete lockdown. These proactive measures taken early on in the spreading of the virus in Turkey are just one of the many reasons why expats in Turkey can rejoice and feel extremely lucky to currently be in Turkey.

Here are just some of the reasons why:

First of all, having just discovered its first case in the country last week, Turks have miraculously gone largely unscathed thus far without being anywhere near as widely infected as other countries are and especially its Mediterranean neighbors. Compared regularly with countries such as Italy and Spain for sharing a similar affiliation for inconsequential socializing, the fact that Turkey has only recently seen a few cases of COVID-19 means that the nation has bought itself a significant amount of time to alter its ways. Turkey has had the opportunity to learn a harsh lesson from its Mediterranean brethren and to quickly change its happy-go-lucky “Bir şey olmaz” (which translates to “nothing will happen”) attitude.

While the offset to this may be the Turks’ sudden acknowledgment of the impact of the virus worldwide as photos circulated on social media of panic shoppers and empty shelves on the day the first case surfaced in the country, it is actually a good thing so many are taking the situation seriously and are acting fast to try to prevent any further spread of the virus. As for shelves being emptied, I can speak from personal experience and from what everyone I have spoken to has relayed, that none of us have actually seen empty shelves. I will admit that when I went to the Metro in Bodrum, the display of Heinz Baked Beans had been wiped out clean, which just attests to the number of U.K. expats that live in this region as the product is arguably one of their favorite comfort foods. However, I simply asked one of the shelf stockers to restock, which they did within three minutes' time. There were, however, signs limiting the purchase of pasta down to five packages of the same kind. Meanwhile, all shopping carts were being sprayed and wiped down with disinfectant. This is all good news as the transition to being ultra-paranoid and hence prepared happened fast in Turkey. In fact, just this past week the country got its first case, which will hopefully curtail the announcement of any more people contracting the virus.

It would also be quite implausible for the “panic shopping” experience in Turkey to be anything like the Black Friday-shopping apocalypses in the United States. First of all, with the exception of invading your personal space and incrementing on your position in line, an admittedly negative trait that happily has since disappeared with the distancing required to feel safe from contracting the virus, Turks are actually quite polite and understanding and thus any shopping I have done has been a complete pleasure. Turks are also innate creatures of honor. This means that anyone showing up with dozens of packages of pasta or toilet paper would most likely be scorned by fellow shoppers as Turks can certainly be verbal to strangers about their discontent regarding any sign of dishonorable action.

The Turks are a sociable bunch and love to talk and thus any new information or guidelines on how to combat this virus is shared constantly. Even in the remotest of villages, local markets and coffee shops tend to have their televisions blaring with the news and thus everyone is easily informed of the most up-to-date developments. The country’s villagers are perhaps even the most prepared as it is tradition to have months’ worth of pantry products prepared year-round.

The Turks are also extremely hygienic to begin with and have historically been applauded for their cleanliness culture. Not only is the nation’s symbolic cologne, aka kolonya, already regularly used as a disinfectant, but the Turks have always paid much care to wearing shoe covers when entering medical, elderly and children’s centers. In fact, I have even had to wear shoe covers at the dentist in the past, whereas growing up in the U.S. I don’t think I had even ever seen a shoe cover before, never mind actually donning one. Also, with the exception of perhaps breaking bread, for the most part, Turks do not eat with their hands unlike nations with a more prevalent fast food culture that are constantly consuming burgers, pizzas, tacos, chicken wings, etc., all of which are eaten by hand. You would be hard-pressed to find a Turk not eating their pizza with a knife and fork. And, if they did happen to eat such food items as a wrap or whatnot with their hands, they would certainly use a wet wipe immediately following as per the already prevalent custom, which is just good common sense.

Although a young population, the Turks have the utmost respect for the elderly and would absolutely do anything in their power to assist and care for them. There is also the concept of “imece” in Turkey, which means collectively banding together to work things out. Thus, neighbors, acquaintances, friends and family will regularly assist the elderly and less fortunate in times of need. The same can be said for bosses and coworkers who are already extremely understanding to their employees. Even in normal times, staff is regularly allowed to visit their spouses or parents in the hospital and be by their sides if they are undergoing surgery or recovering from medical ailments. Whatever is necessitated is most likely accommodated by coworkers and bosses to help the employee through challenging times. If someone is sick, they are most of the time just allowed to go home or to the doctor and would probably not be pressured to stay at work if they felt ill. This is an indispensable quality at this time when people need to be taking care of themselves and ensuring they don’t spread the virus further.

The health care system in Turkey is also a precious asset as it is available to anyone with or without the Universal Health Insurance (Genel Sağlık Sigortası - GSS) and is extremely affordable for those who are uninsured, which means that getting oneself checked out and taken care of is extremely accessible. On that note, the Turkish Health Ministry has also taken fast action to set up a telephone hotline system for anyone who has coronavirus concerns or questions. The hotline is available in English and Arabic in addition to Turkish by simply dialing 184.