Honoring Turkey’s 'gulet' and the man who created them 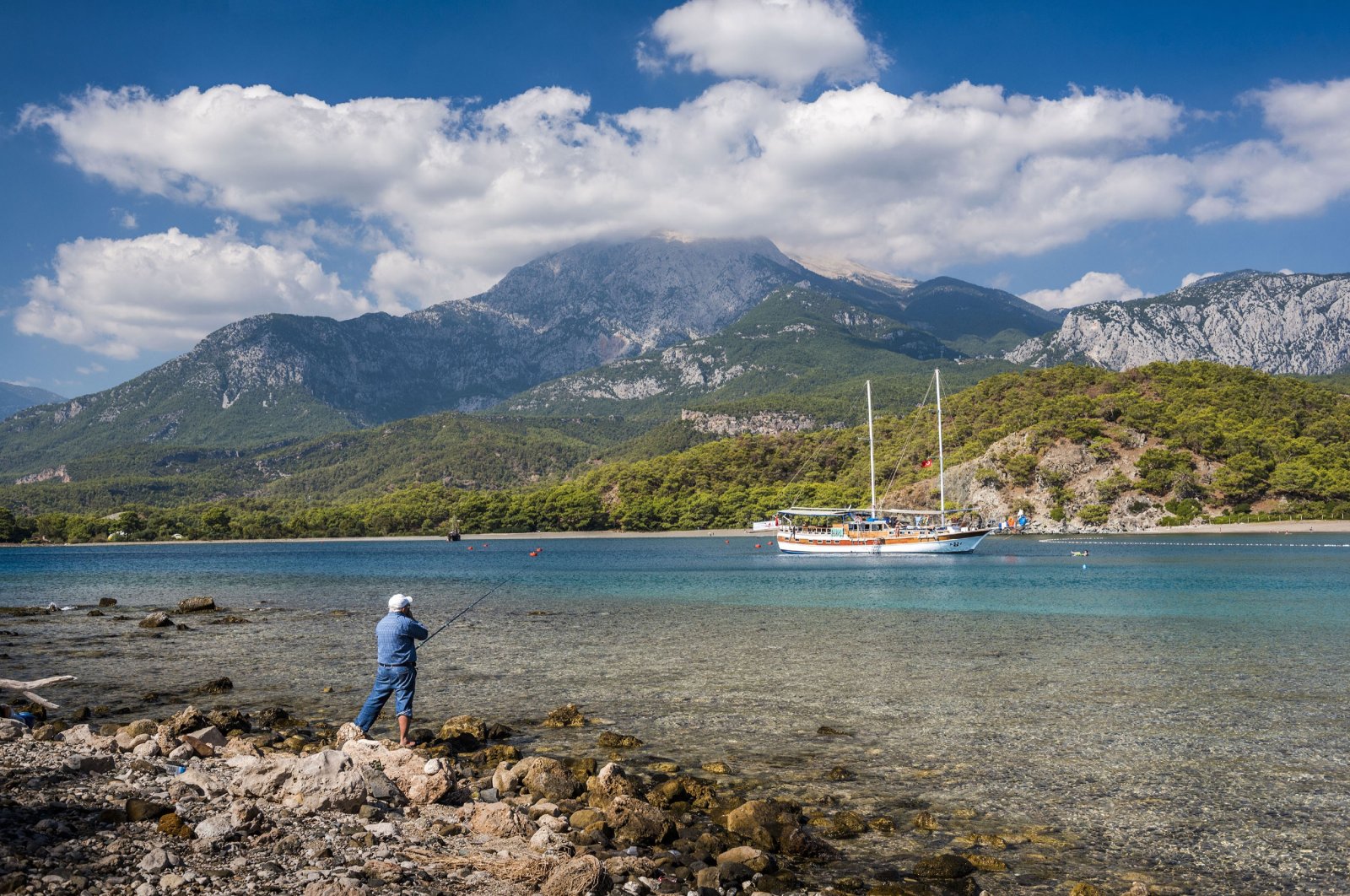 As Turkey bade farewell to Erol Ağan, affectionately nicknamed the "father of gulets" and the uncle of Bodrum seamen, here's a look at the legacy he left behind

On Tuesday, Turkey lost one of its most important boat builders and designers, Erol Ağan, who is credited for creating the “gulet” boat famed for being the iconic vessel to travel along the Turquoise Coast.

Anyone who has ever taken a Blue Cruise will know that Turkey’s “gulet” boats are one of the most comfortable and enjoyable ways to travel period but especially during a pandemic. Fully equipped with kitchens, cabins, dining spaces, lounge areas on upper and lower decks and even a hammock, these wooden schooners generally have two masts and are between 15 and 25 meters in length. They are perfect to house up to a dozen or so guests, who generally spend anywhere from three to 10 days aboard sailing pristine spots along Turkey’s Turquoise Coast such as the Bodrum peninsula, the Gulf of Gökova, tourist hotspots Marmaris and Fethiye and even all the way to Antalya. Interestingly, this format of vacationing aptly referred to as a “Blue Cruise,” only actually came about in Turkey less than 50 years ago.

The legacy of Erol Ağan

Dubbed the “Father of the Gulet,” Erol Ağan is the boat builder and designer credited with creating the gulet boats Turkey and, in particular, the Bodrum area is famed for. Ağan was the son of a beloved captain in Bodrum, where he himself was born in 1936. Originally hailing from Crete, Ağan’s father tragically died at sea from being hit in the head by his own boat’s mast when Erol was just 11 years old. After that, a very young Erol began working alongside the most well-known boat builder in Bodrum at the time Ziya Güvendiren, where he quickly became his right-hand man.

Tragically, or not necessarily for Erol Ağan, he was also known by another nickname and characteristic that would become part of his legacy. You see, just a few months after Erol returned from military service and resumed his position alongside Bodrum’s famous boat maker, his right hand got stuck in the belt of a pulley. After many medical attempts to save his hand, there was no other choice but to amputate his right hand at the wrist. Thus, Erol Ağan, would from then become known as “Çolak Erol,” with the word “çolak” best translated from Turkish as meaning “one-armed.”

While the going assumption was that this would be the end of his boat-building career, Erol Ağan proved everyone wrong and in 1961. At the age of 25, he opened his own shipbuilding yard next to Bodrum Castle, an area that later became home to the famous nightclubs Hadi Gari and Yetti Gari and is now the location of Trafo, Bodrum’s picturesque municipal tea garden. Erol Ağan would go on to single-handedly transform the boating and tourism industry in the ’70s by redesigning the regional fishing and sponge-harvesting schooner boats referred to as “trata” into the modern-day Turkish yacht referred to as gulet, which melds comfort and space with the potential to properly sail.

The first gulet ever made by Ağan was the 18-meter boat called “Balık.” Soon after its completion, Ağan was commissioned by an Argentinean to build the 21-meter-long Elpenor, which became the second gulet to be introduced to the world. These boats and those made in the years to follow were constructed by Ağan out of huge pieces of solid wood sourced from indigenous trees such as larch and Pinus brutia. The large planks of wood made the boats less susceptible to harm from crashes or sinking. The resin that was present on the planks also protected from corrosion. These boats are built to be lower and thus closer to the sea, making for a more enjoyable voyage for those aboard, while the cabins and upper decks are decked out as comfortable living quarters. The most standout characteristic of gulet boats is the wide and rounded back end of the ship, which creates a comfortable seating area when fitted out with cushions and pillows and such.

In one memorable and rare interview, as Erol Ağan was a difficult man to trap down for journalists, the skilled boat master recalls how he used to sit at the local coffee shop and watch the female tourists walk by and thus their rear ends actually became the inspiration behind the back ends of these beloved boats.

Named the Ağanlar Tersane, Erol Ağan’s shipyard is now in İçmeler, a region of Bodrum that is located southeast and just shy of the town’s center. These days, the shipyard is run by Erol Ağan’s four sons, while he lived on his farm in Bodrum’s neighboring Mumcular district. Having been suffering from age-related ailments, Erol Ağan passed away at 4 a.m. at the age of 85 this past Tuesday. The news spread fast amongst the boating world, and his funeral prayer ceremony, held just hours later at the Uğur Mosque in Kumbahçe with restricted participation, was still attended by the “who’s who” of Bodrum. Ağan was later put to rest at the Türbe Cemetery in Gümbet.

While the gulet has become synonymous with Bodrum and the Blue Cruise phenomenon, there are actually three different types of boats that are characteristic of Turkey’s Turquoise Coast. The gulet has a round and large back end and the boat overall is lower and closer to the water. In general, gulets are schooners decked out with two masts, but these days sailing is less frequent due to the services provided. In other words, these boats are generally booked for holiday vacations for a week or so at a time and thus many times coasting is done by the power of an engine in order to make destinations at the right time and not fall prey to the whim of the wind. Furthermore, the cruises are also famed for their cuisine and thus the crew has other responsibilities to fulfill in addition or in lieu of sailing. The tirhandil is one of the oldest sailing boats used on the Aegean by the Greeks and Turks and is more geared toward sailing and less toward tourism. Also a type of schooner, tirhandils are characterized by having the same width front and back ends and less cabin space to accommodate guests. Then there is the ayna kıç, which are flat-ended boats either serving as classical fishing and sponge-harvesting boats or outfitted with cabins to accommodate charter trips.

Every year there are two esteemed competitions held in Bodrum in commemoration of these special boats. The Bodrum Cup, held annually in October, pits yachts and gulets of different sizes against each other racing on routes along the Bodrum peninsula for six days straight. In addition to entertaining competitions such as Blue Cruise cuisine, guests can also go aboard boats that are racing and the event generally ends with a blowout party and performances by Turkey’s top pop stars. The Tirhandil Cup is another sailing event held dear to many boat lovers' hearts. This competition takes place over the course of winter as some of the most famous boats in Turkey compete for the prestigious title in six different races.