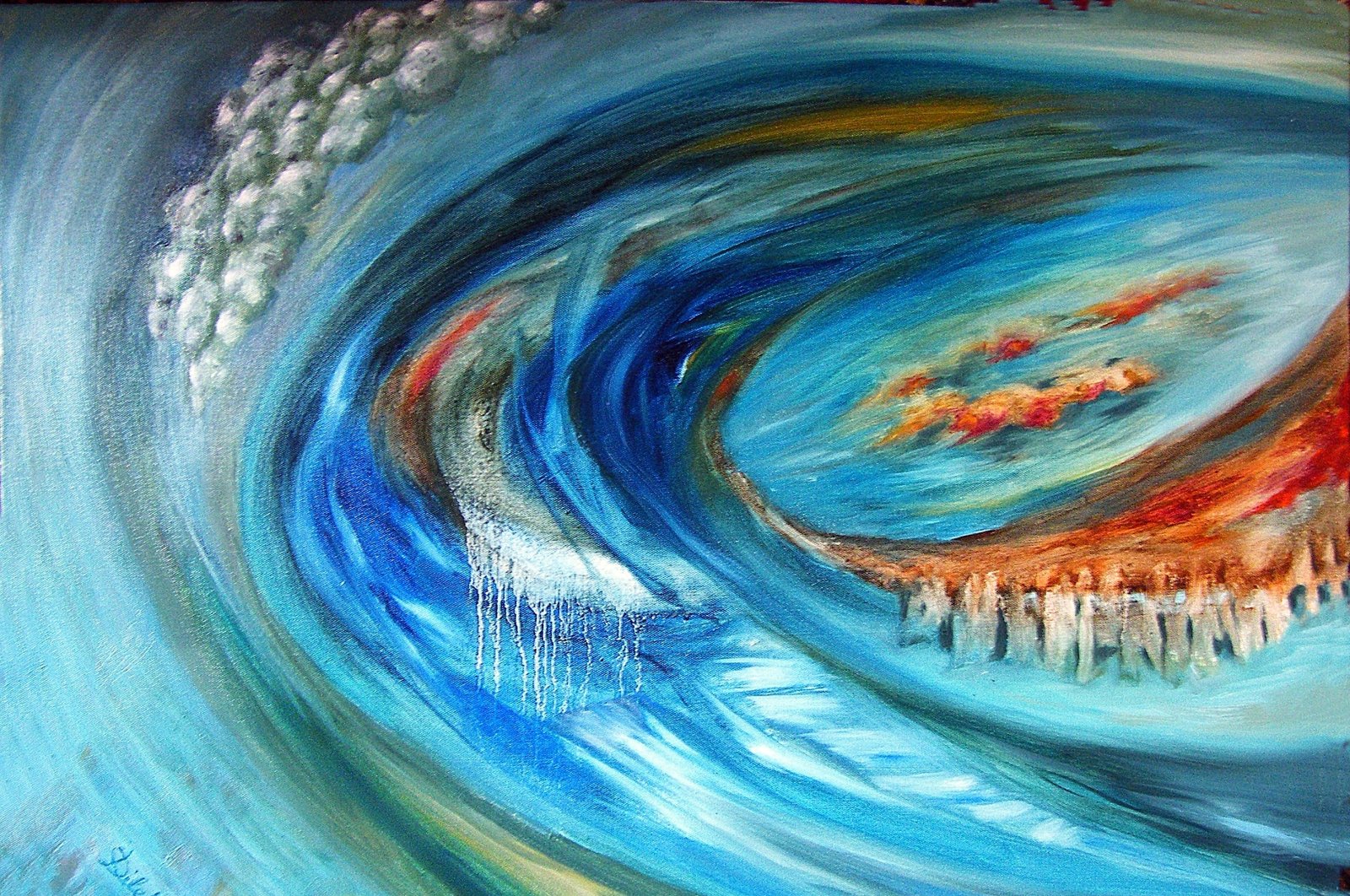 The fine arts are an important part of our existence, and something we should take the time to indulge in and get inspired from. In this day and age, we have the convenient opportunity of being able to enjoy the experience of looking at art from the comfort of our own space via the World Wide Web. Thankfully, there is one particularly captivating virtual art and culture gallery by the name of Art Without Boundaries that allows visitors to discover artists from all over the world. The gallery harbors a special interest in Turkey, as the founder and curator of the online gallery is an American expat residing in Istanbul.

Walter Meyer is an American art curator that has been living in Suadiye, Istanbul since March 2019 and is the individual who created Art Without Boundaries. This unique website at www.artwithoutboundaries.art has ongoing exhibitions that showcase artists and their stories from Turkey and around the world. For Walter, this project is a labor of love, and the website doesn’t collect any commission on the sold artwork. I had the fortunate opportunity to catch up with Walter to find out more about his relationship with Turkey.

The website Art Without Boundaries launched in March of this year and has already showcased nearly a dozen exhibitions including one that depicts the well-known figures from Turkey’s Hacivat and Karagöz shadow puppetry in art form by a variety of Turkish artists. Another exhibit titled “SYRcle: A Fashion Statement” comes in the form of a virtual fashion show designed by Dalia Khaddam, a Syrian-Turk based in Paris, that utilizes recycled materials such as blankets and sleeping bags to highlight Syria’s human catastrophe. These are just two of many: Each exhibition shares a unique story, which is detailed with the artist's commentary. All of these exhibitions are featured on the website thanks to the efforts of Walter and his co-founder Tina.

I asked Walter to share his story of how he ended up relocating to Turkey. Walter told me that his first arrival was more than 30 years ago on a trip to Istanbul in the winter. From then on he continued to return nearly every year on vacation 20 times in a row, and spent the time traveling the country, mostly by bus, and visiting the Aegean, Mediterranean, Black Sea, Cappadocia, Konya, Mardin, Diyarbakır and more. He says he still has a lot more to see!

Making the decision to move came on a summer visit in 2018, when Walter said to himself, “Well, I’m not getting any younger, so it’s now or never,” and thus he relocated in spring the following year. He had already extensively studied Turkish culture, history, and language and also made a lot of friends here. “My Turkish friends have always teased me that I’m more Turkish than they are,” he adds.

“I also credit Turkey with saving my life. I’d suffered serious depression in New York in 1992, and had to quit a very high-level job,” Walter shared, telling me that he used the opportunity to attend Bosporus University’s summer Turkish course. “I escaped to Turkey” he explains adding that he had also previously taken a few Turkish courses at night at New York University (NYU). Walter ended up staying six months in Turkey and made many connections in the travel industry, which would be the catalyst for starting his own marketing agency out of his Brooklyn apartment that eventually morphed into Meyer & Associates Marketing Communications, with offices in New York's Soho and clients including American Express and 5-star cruise lines, which he sold in early 2008.

After moving to Los Angeles in 2011, Walter, who already has a degree in Anthropology from NYU, began taking art history courses at the University of California, Los Angeles (UCLA) thanks to an innovative program for individuals aged-50 and older. In total, he audited 14 different courses, including Islamic art, Byzantine art, Mesoamerican art, and contemporary African art and also curated his first exhibition on contemporary Native American art at the San Fernando Valley Arts & Cultural Center. Walter also organized a Street Art exchange between Turkish and LA-based artists, in which two LA-based muralists participated in the 2015 Mural Istanbul Festival, which takes place in Kadıköy’s Yeldeğirmeni district, while two artists from Turkey painted murals in Pacoima’s “Mural Mile,” which is in Los Angeles’s San Fernando Valley.

The creation of the gallery

Art Without Boundaries was born when Walter moved to Turkey. “In the back of my mind, I’d had this fantasy of having my own art gallery. But the thought of renting a space, all the logistics of taking in and shipping art, was all too overwhelming. So I think the COVID pandemic, with its emphasis on 'virtual everything,' opened my mind to the concept of a virtual art gallery,” he explained. Together with Tina (Athena Longoria), the graphic artist from his previous agency and close friend who came on board, Art Without Boundaries officially launched in March of this year. A major aspect of the website is that it is not a money-making venture and both Walter and Tina are devoting their unpaid time to sharing some of the wonderful undiscovered artistic expression from around the world. While Walter is involved in artist selection and the development of the texts that accompany each piece, Tina maintains the website, and updates each month’s exhibitions.

The mission of the website is to present artists from all over the world who might not otherwise get an opportunity to have a gallery exhibition for a variety of reasons. ”Very importantly, I am interested in art with a 'story,'” said Walter, which is why the artists provide commentary about either the subject matter or technical aspects of each piece in order to add to the viewer’s enjoyment and understanding. “Some galleries and old-school curators feel that the “art should speak for itself” and that any comment by the artist would unduly influence the viewer. I couldn’t disagree more strongly,” he asserts.

“I also see AWB as a sort of cultural site that 'educates' the audience about aspects of certain cultures and ethnic groups that they might not otherwise be exposed to,” Walter said. The artists that have been showcased on Art Without Boundaries thus far have been from Turkey, Iran, the U.S., Brazil, Ghana, France, the Syrian diaspora, Germany and Kazakhstan. The practices and mediums have ranged from painting, photography, ceramics, fashion, mixed media, steel, textile, mosaics and digital.

Art Without Boundaries will be launching two new exhibitions on July 14. The upcoming exhibition “Syria on My Mind” celebrates the 10th anniversary of Kirkayak Kultur, a Gaziantep-based organization integrating Syrian refugees into the local community in Turkey. The lives of all of the artists in this exhibition have been touched in some way by this organization. The other exhibition opening on Wednesday is “I Dream, Draw, Weave & Touch” is of stunning tapestries woven by Turkish artist Ufuk Girgiç and inspired by the colors and cultures of the Aegean and Mediterranean. Other exhibitions to look out for this fall will include work from a young artist from Brazil’s indigenous Xavante, and a doctor and artist from Doctors Without Borders who produces art from casts of human bones as a discourse on war, the refugee crisis and disease.