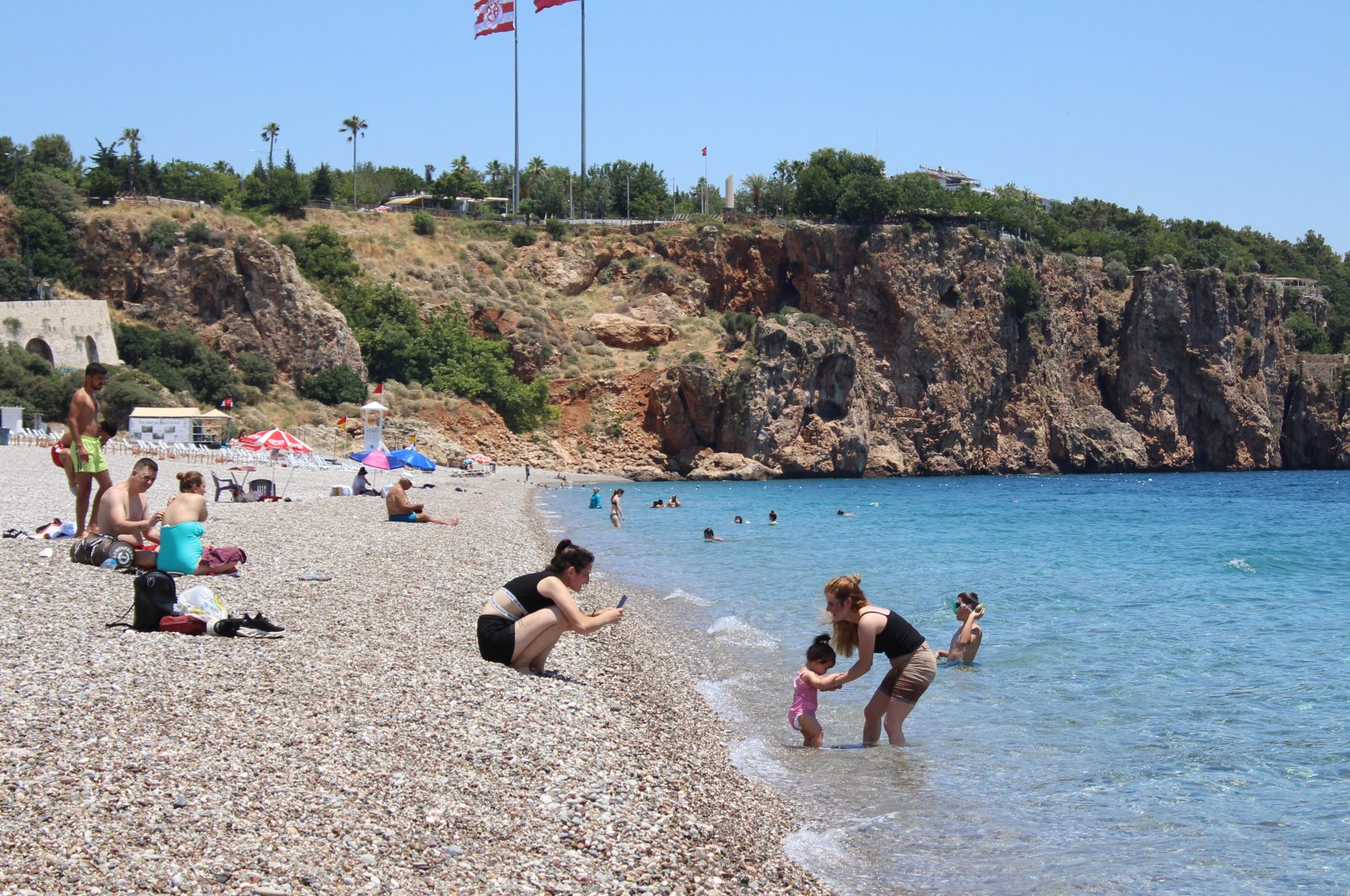 Turkey’s success in containing the COVID-19 outbreak has been hailed by expatriates who have lived in the country for years. With many now naturalized Turkish citizens, they do not intend to leave Turkey for their birthplaces.

Alanya, a Mediterranean town in the Turkish province of Antalya, is home to a sizeable population of expatriates from around the world. Expats there laud Turkish authorities’ efforts to manage the pandemic, particularly the strict measures put in place since the first cases were reported in the country in March. The ensuing normalization process after a decline in the number of cases is also appreciated by expatriates.

Amanda Jane Özsoy, a Turkish citizen of British origin, has been working as a hotel manager for about 20 years in the town. The 50-year-old woman became a dual citizen 11 years ago. “I have many friends here from different countries, and we did not think about leaving Turkey during the pandemic. I believe Turkey does an incredible job in managing the outbreak and most expats here would agree with it. Our Health Minister Fahrettin Koca in particular did a very good job,” she told Demirören News Agency (DHA) on Tuesday. Özsoy says she and other expats strictly followed the rules and never stepped out during curfews. Comparing the state of the pandemic and the government's measures with other countries, Özsoy says the country is in a different place now. “Lockdowns are still in place in some countries, and you see people not wearing masks in some countries. Certainly, there are differences in response to the pandemic between countries, but I believe it is managed well here,” she said.

Karen Giden, another Turkish citizen of British origin, has been a resident of Alanya for decades and is married to a Turk. The 63-year-old woman says the measures taken for the pandemic have been good and lauds the health minister. “He updates people every day and Turkey conducted a large number of tests. Yes, the virus is still here, but Turkey fared better compared to other countries. In England, more than 40,000 people died. I feel sorry for such a large number of fatalities. Things are better here. People care about social distancing and wear masks. It is not as unhealthy as in England,” Giden, who did not go out for months due to fear of infection, said. “I never thought about going back to England. People should not travel anyway before a vaccine is developed. It is very dangerous,” she said.

Marie Nyman, a resident of Alanya for 23 years, says she traveled to Sweden, her home country when the pandemic began but only for business. “They later shut down the borders, and we do not know how long it will last. But Turkey did well in terms of measures. I feel safe here,” Nyman, a real estate agent who became a Turkish citizen 10 years ago, said. “Turkey was right in imposing weekend curfews. They did not do it in Sweden,” she added.

Turkey's death toll from COVID-19 increased to 5,115 with 18 new fatalities, Koca announced Monday. Announcing the country’s latest coronavirus stats on Twitter, the minister said 1,374 new infections were also recorded in the past 24 hours, increasing the number of total cases to 198,163. Koca also said 1,214 patients have recovered since Sunday. “We are not determined enough to reduce the case numbers, and we are not cautious enough,” the minister wrote, criticizing scenes circulating on media platforms that show people ignoring social distancing and refusing to wear a mask. According to data shared by the minister, more than 50,000 tests were carried out in the past day. Despite the troubling increase in daily new infections since the normalization process began, Turkey has managed to nurse more than 85% of its coronavirus patients back to health.