Expert calls for 'building police' in Turkey after storm damage 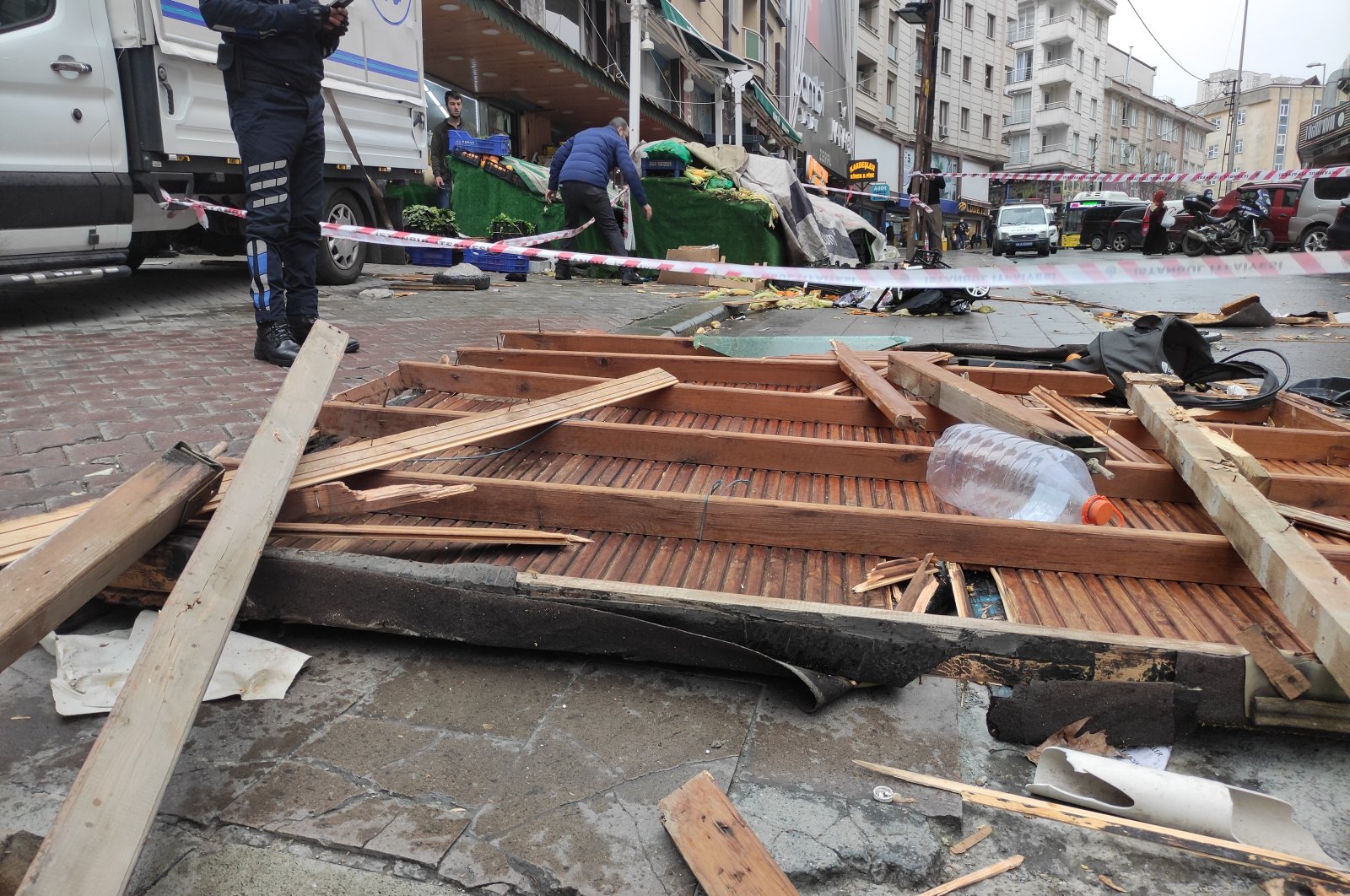 Veysel Eroğlu, head of Parliament’s committee investigating the impact of climate change, called for new measures after last week’s storms claimed lives in northwestern Turkey. Eroğlu’s recommendations include the establishment of “building police” for effective inspection of buildings to prevent potential damage from such disasters and checking the safety of roofs, billboards and other outdoor materials that can cause injuries during extreme weather conditions. Eroğlu also urged regulations to build structures to resist the potential damage from climate change.

Storms, which claimed six lives in Istanbul and other provinces, were rare for a region accustomed to southwesters but not such extreme weather. Almost all of the casualties were the result of roofs or parts of roofs and concrete buildings falling off high-rise buildings, hitting passersby. Strong winds reaching speeds of 129.95 kph (80.78 mph) in some places had knocked over moving long-haul trucks, a clock tower and trees as well, leaving people scrambling for safety.

Eroğlu highlighted the need for “transformation” against the impact of climate change in an interview. Climate change manifested itself in floods and wildfires this summer in the country, one year after the highest incidence of extreme weather incidents.

“Strong winds and storms have been increasingly common in Turkey in recent years. Yet, the roofs of one out of every four buildings in our country is not resistant to strong winds or a heavy layer of snow,” Eroğlu highlighted.

“We need to review the endurance of buildings against such incidents, from heavy snowfall to winds, hailstorms and storms. It is imperative to examine the potential safety hazards of roofs and the overall structure of buildings when they are exposed to extreme climate conditions."

He said every city and town should establish a committee to assess the damage potential and minimize it. “Every roof or other parts of the buildings should be inspected. Some countries maintain an inspection mechanism, which we can call building police. This allows them to properly control the safety of buildings against such disasters. We have to have a similar system here,” he underlined.

The committee chaired by Eroğlu is set to present its recommendations to Parliament soon for the fight against climate change and its fallout. The recommendations include a renewal of urban zoning plans based on meteorological data and forecasts. It also recommends measures against sandstorms, which are expected to proliferate in the future, such as incentives for crops resistant to such storms to reduce the soil loss.