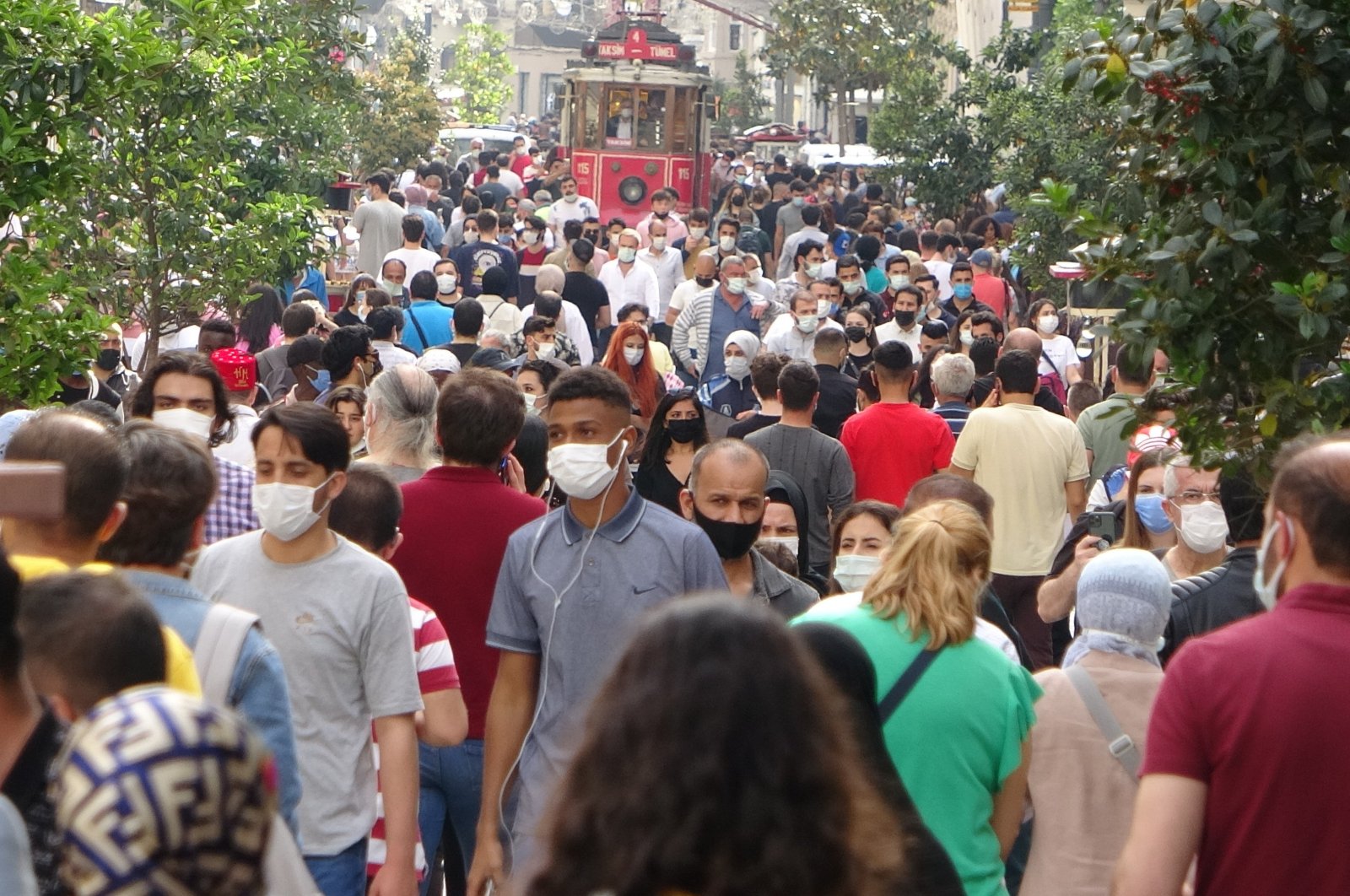 A widespread vaccination campaign and a total lockdown might have brought Turkey’s infection rates to a manageable level but masks and social distancing are still required, expert warns

With daily coronavirus infections decreasing by more than 75% and plunging from record highs in April, Turkey is now on the verge of considerably easing many of the restrictions it introduced to control the pandemic. Though Ankara seeks to enter a partial normalization process, an expert on Thursday warned it is still too early to relax just yet.

It is no secret that April was the worst month in Turkey’s fight against the COVID-19 pandemic. The country kept announcing new records of daily case numbers with new infections reaching as high as 63,000.

Despite an ambitious vaccination campaign that saw more than 11 million people receiving both doses of the vaccines, the sheer number of infections forced the government to announce a 17-day total lockdown to turn the tide. These strict measures combined with the vaccination drive appear to have paid off, at least for the time being, with daily infections on the brink of dropping below 10,000 for the first time since early March.

But for the success to become long term, people will need to keep their guard up and continue wearing masks while socially distancing, even if they are fully vaccinated, according to a member of Turkey’s Coronavirus Scientific Advisory Board.

A professor and the head of infectious diseases and clinical microbiology at the Çukurova University, Yeşim Taşova told Anadolu Agency (AA) that people need to be aware of the fact that vaccines do not prevent new infections, and that they mostly work to reduce the severity of COVID-19.

“The vaccines won’t protect you from getting infected. There are also mutations, just like the flu virus. We have seen vaccinated people go through a mild case of COVID-19 if they get infected, but they can still get infected,” Taşova said.

“Therefore, we can see how important vaccinations are in the fight against the pandemic. But we also need to find an effective treatment, which is still currently unavailable for COVID-19,” she added.

Despite the success of vaccines in reducing mortality and hospitalization rates, people still need to protect themselves from contracting the virus, she warned.

“Considering the new information we keep learning every day, we need to keep our guard up. It is still too early to relax. Wearing a mask and practicing proper social distancing and hygiene is still important, we can’t compromise on those things,” she said.

Taşova also cited a recent World Health Organization (WHO) warning that the world could witness another surge in coronavirus cases by fall as people started traveling once again across the world.

Speaking about the volatile nature of the pandemic, Taşova said the main purpose of the total lockdown was to stop people from mixing with crowds, especially at a time when infection rates were so high.

While she called the total lockdown a success in bringing case numbers down, she said it could have been even better if more people had been vaccinated during the 17-day period.

“Of course, we wish our vaccination campaign was a bit faster because we have this 70% to 80% threshold we keep talking about,” she said, referring to the number of people who need to be vaccinated among a population to achieve herd immunity.

“In that sense, the lockdown was useful. But when you are dealing with a pandemic, the measures need to be taken as part of a broader plan, what we call a package. When one move fails to compliment the other, the whole plan could fail to make any change,” Taşova said.

The slowdown in the speed of vaccination rates Taşova is referring to was caused by a delay in the delivery of CoronaVac doses, the main vaccine used across the country. Turkey was set to receive 100 million doses of the shot by April but Health Minister Fahrettin Koca announced that the Chinese pharmaceutical company had delayed the shipments, citing production capacity problems.

Regarding the numerous variants that have been emerging around the world, Taşova said the one known as the Kent or British variant is still the most common across Turkey. Explaining that although the data showed this variant did not cause more severe disease in those infected, she said it was still more infectious than the original strain.

“We started seeing a lot of unvaccinated people aged below 50 getting sick. There have been patients who have been vaccinated but the majority of those had a really mild infection. This highlights the importance of broadening the vaccination campaign and inoculating people younger than 50,” she said.

According to Taşova, the most dangerous variant discovered so far has been the one that originated in India.

Saying that other common variants, such as the Brazil and the South African ones, were still mostly countered with vaccines, the Indian coronavirus strain has the potential to reduce the efficacy of the jabs.

“The Indian variant is spreading far too quickly and it's reducing the efficiency of the vaccines. And this is precisely what we fear the most,” she said.

“That’s why we need to keep wearing a mask and socially distancing ourselves. Because more infections mean an increased chance of the virus mutating when it infects a new host.”