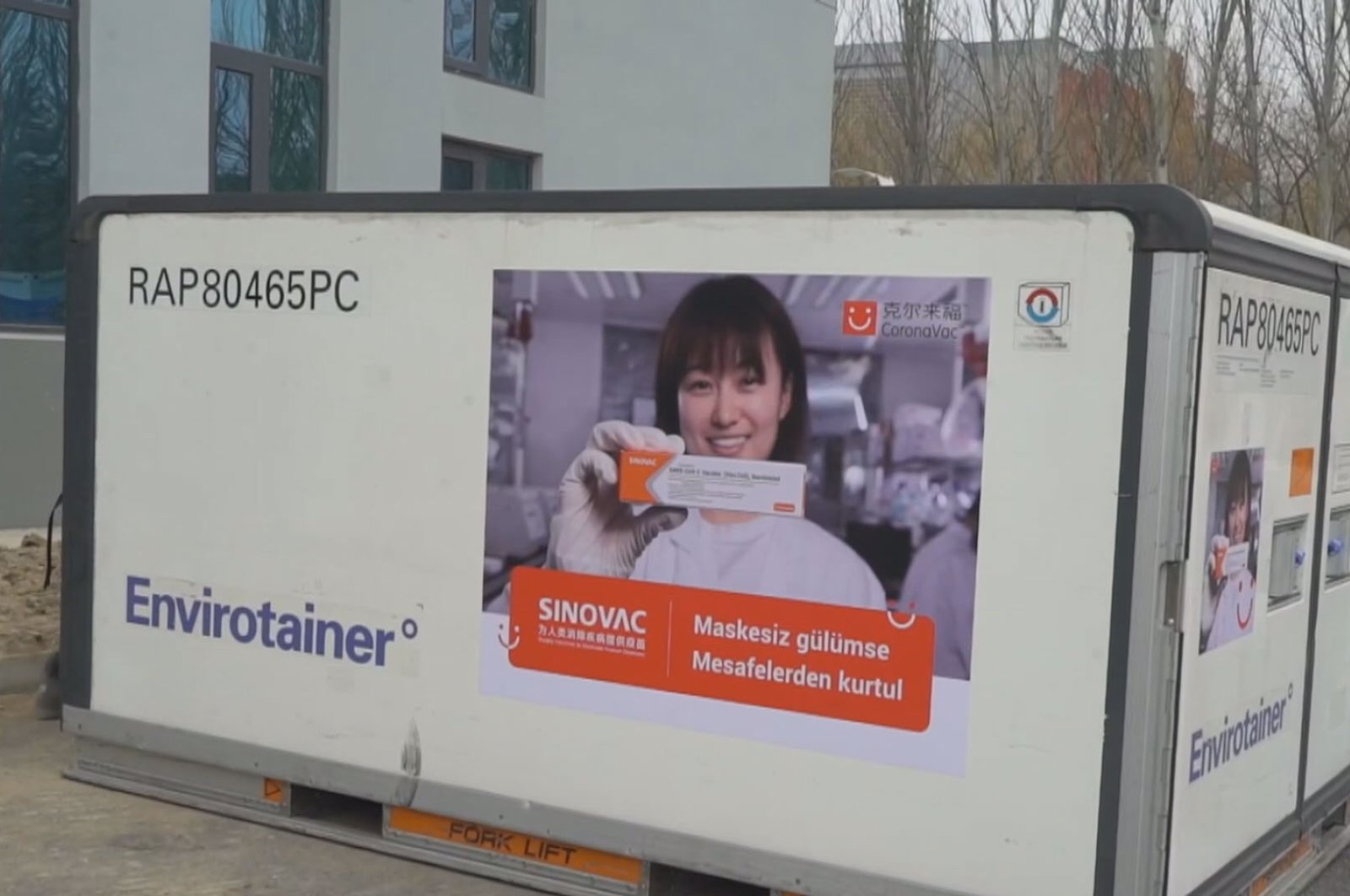 A container filled with vaccines at a Sinovac facility with a message in Turkish reading "Smile without masks, get rid of the distance," in Beijing, China, Dec. 29, 2020. (DHA PHOTO)
by DAILY SABAH WITH AA Dec 29, 2020 2:43 pm
RECOMMENDED

The first batch of COVID-19 vaccines, consisting of 3 million doses, from China will be brought to Turkey via Turkish Airlines' Beijing-Istanbul flight Wednesday.

The vaccines will be delivered to Istanbul Airport first, then the capital Ankara, according to the information given by the flag carrier.

Health Minister Fahrettin Koca had previously said Turkey will be receiving a total of 50 million doses of Chinese COVID19 vaccines, SinoVac, and that the first 20 million doses of vaccines will be delivered during December and January.

The minister also announced that the country will purchase another vaccine developed by German-based medical firm BioNTech up to 30 million doses. Sinovac's vaccine was originally scheduled to arrive Monday but was postponed after a COVID-19 case was reported in Beijing customs.

Meanwhile, Turkey is negotiating with Russia for the Sputnik V vaccine. Speaking at a press conference in Sochi on Tuesday, Turkish Foreign Minister Mevlüt Çavuşoğlu said a memorandum of understanding (MoU) was signed between the two countries, and Turkey was seeking more data on the vaccine. "The purpose of our cooperation is not only for supply but joint production of the (Russian) vaccine in Turkey. We are heading toward that goal," Çavuşoğlu told reporters.

The country also aims to ready its own vaccine soon. A vaccine developed by Erciyes University is now in Phase 2 trials.

Koçak Farma, a local pharmaceutical company, applied to health authorities to launch human trials of its own vaccine. The company plans to launch Phase 1 trials with 44 volunteers in mid-January and to start mass production in June after wrapping up trials if the vaccine is approved. It also plans to produce 20 million doses of the vaccine monthly, according to the company’s CEO Hakan Koçak, who spoke to the Sabah newspaper Tuesday.