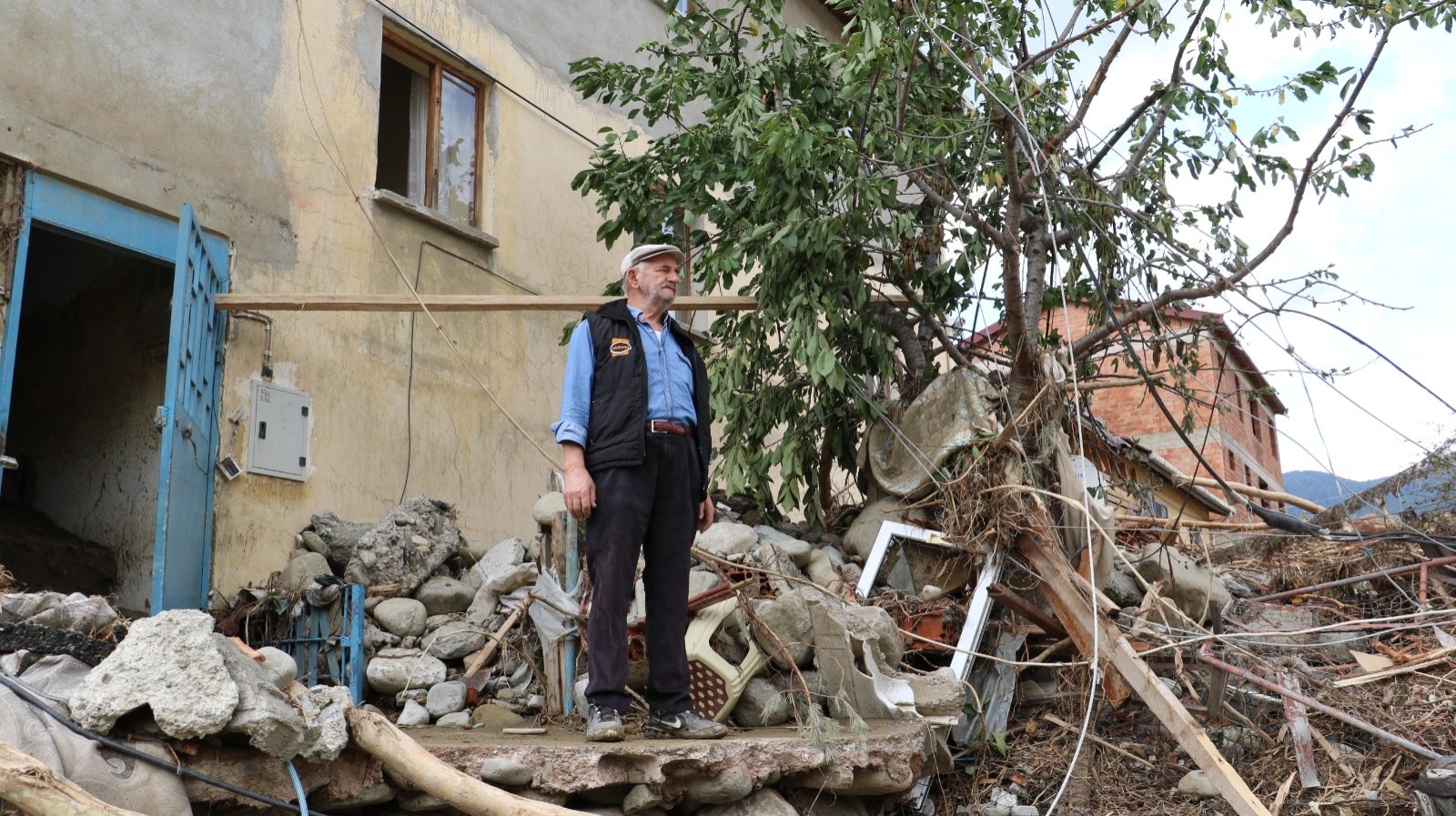 Search and rescue efforts are underway following last week’s floods in the Black Sea region that claimed 59 lives, according to the latest figures, and authorities say 77 people still remain unaccounted for

Three provinces in Turkey’s Black Sea region saw unprecedented devastation from floods that started last Tuesday. In one of the biggest disasters to hit the flood-prone region, the raging waters killed 59 people, according to the latest figures announced by the Disaster and Emergency Management Authority (AFAD) on Sunday. Forty-nine were killed in Kastamonu, nine others in Sinop and another in Bartın. Interior Minister Süleyman Soylu also said late Saturday that locals reported 77 others as still missing.

Search and rescue crews continue to scour towns and villages covered with debris and mud to find the potential survivors. Only air access is possible for some locations after the floods and landslides blocked roads. Hundreds were evacuated throughout the week, while some locals in villages where they refused to leave are being provided humanitarian aid by helicopters.

Kastamonu’s Bozkurt district is among the worst-hit places. The town, which has a population of around 9,600 people, saw a stream crossing through it overflow its banks, destroying bridges above it. Several buildings on the banks of the stream or at least part of them, collapsed following the floods on Aug. 11. Search efforts are focused on those buildings now. Elsewhere in Bozkurt, teams of workers joined shop owners to help clear the debris-filled shops.

The AFAD set up a “tent city” in the district to accommodate people left homeless by the disaster. Currently, 35 people are staying in tents. Most were airlifted from rooftoops as the floodwaters devoured their homes in multistory buildings.

In Sinop, Ayancık was among the most devastated areas by floods. Floodwaters engulfed the district for days, prompting mass evacuations. In the rural Babaçayı neighborhood alone, 38 houses were completely destroyed by roaring floodwaters. Workers were still striving to restore land access to the neighborhood, which is cut off from other settlements due to collapsed roads and bridges. Floodwaters have receded in the neighborhood, laying bare the debris they carried, from timbers from a nearby timber storage warehouse to cars carried away by the water. Most locals have chosen to stay in the neighborhood to protect what little belongings they still have, and they are regularly supplied food and water by helicopters.

More than 2,000 people were evacuated from affected areas, some with the help of helicopters and boats, the AFAD said. Water and electricity are still cut off in some flood-hit areas, while crews set up mobile power supplies and delivered drinkable water to locals.

Interior Minister Süleyman Soylu, who visited Bozkurt district on Saturday with Environment and Urban Planning Minister Murat Kurum and Energy and Natural Resources Minister Fatih Dönmez, announced the number of people unaccounted for as 62 in Bozkurt and 15 in Sinop, based on figures reported to the authorities by people searching for missing loved ones.

Soylu told reporters that it was “the worst such incident” he has ever seen. “We have great losses, in terms of casualties and damage. It will take a long process (for recovery). But our nation should rest assured that we will provide all the assistance. The state is working and will work to recover all the losses,” he said.

The minister said volunteers from the AFAD, military staff and crews from other public agencies were working to clear the debris and maintain aid flow to the affected people. “In the past two days, 20 tons of food were delivered to the people. We are handling all the problems people here faced. We are examining the damage and striving to keep the spirits high among survivors,” he said. Soylu denied reports that “hundreds” were killed in the disaster and called the opposition lawmakers voicing that figure as “irresponsible.”

He also spoke about an AFAD aid campaign and said, so far, $5.5 million (TL 47.6 million) has been collected. Soylu said they would initially pay $351 to people evacuated from their houses and will provide more aid to people for food and furniture.