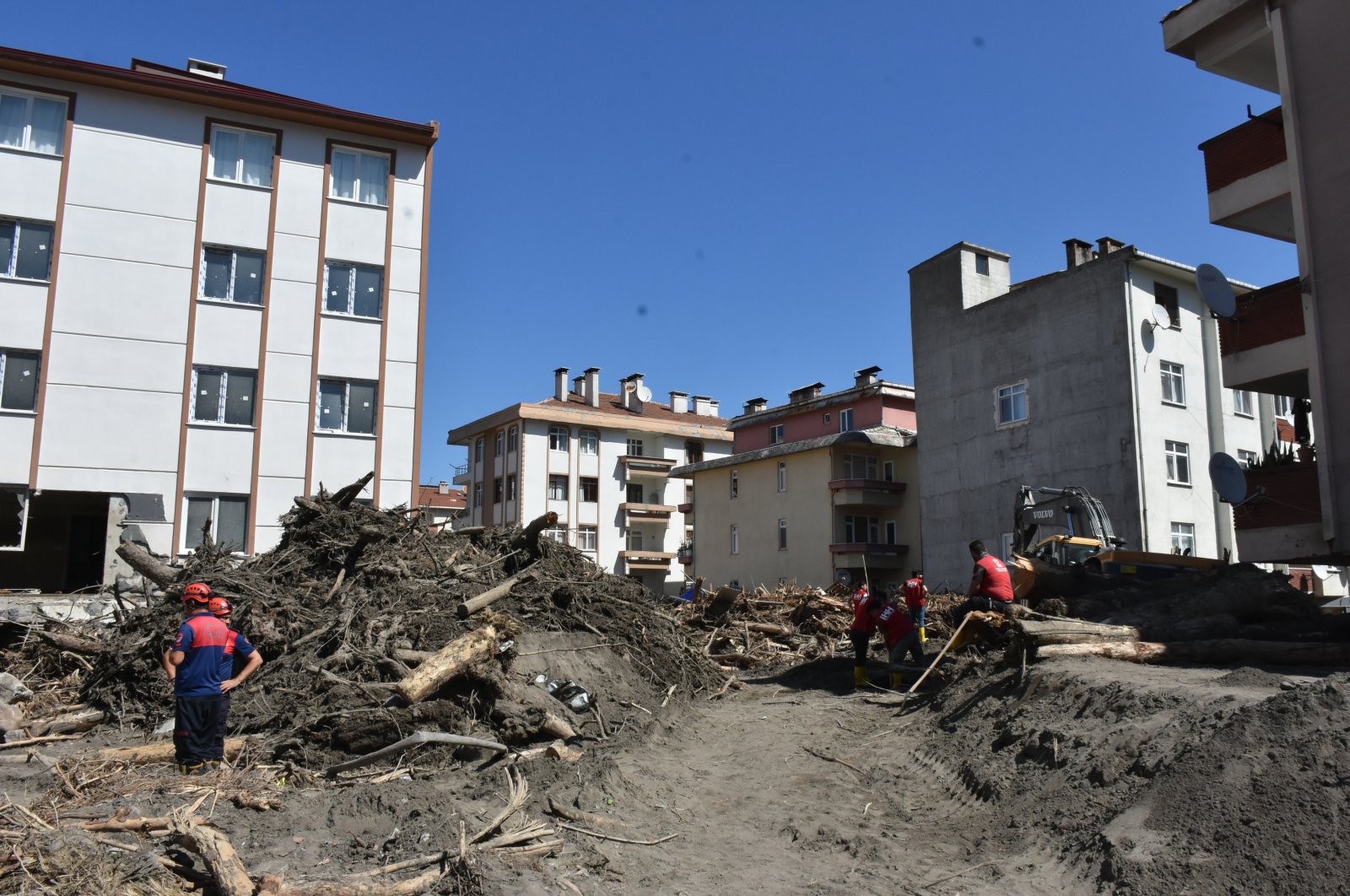 One week after torrential rains led to floods in provinces in the central Black Sea region, the death toll climbed up with the discovery of more bodies carried away by floodwaters. Disaster and Emergency Management Presidency (AFAD) said in a statement late Tuesday that 62 people were killed in the province of Kastamonu.

Fourteen others died in Sinop province, along with one person in Bartın province while seven victims are being treated at hospitals, it said. A total of 341 people in Bartın, 1,480 in Kastamonu and 560 in Sinop were evacuated, added the agency. It was also announced Monday that 47 people were reported missing in Sinop and Kastamonu.

President Recep Tayyip Erdoğan visited the worst-hit flood area in Bozkurt, Kastamonu on Friday. Erdoğan announced that places affected had been declared disaster zones and are slated for government aid.

Floods are a result of unprecedented rainfall for three provinces although the wider Black Sea region is prone to such disasters due to heavy precipitation and haphazard construction of residential buildings near the river beds. In recent floods, several buildings built on the banks of the Ezine stream in Bozkurt had collapsed, killing an unknown number of people. Police arrested the contractor of one of those buildings in Istanbul on Tuesday. The suspect was brought to Kastamonu for interrogation by prosecutors. Though charges against him were not disclosed yet, media outlets reported that he was accused of manslaughter due to poor construction of the building which led to deaths.