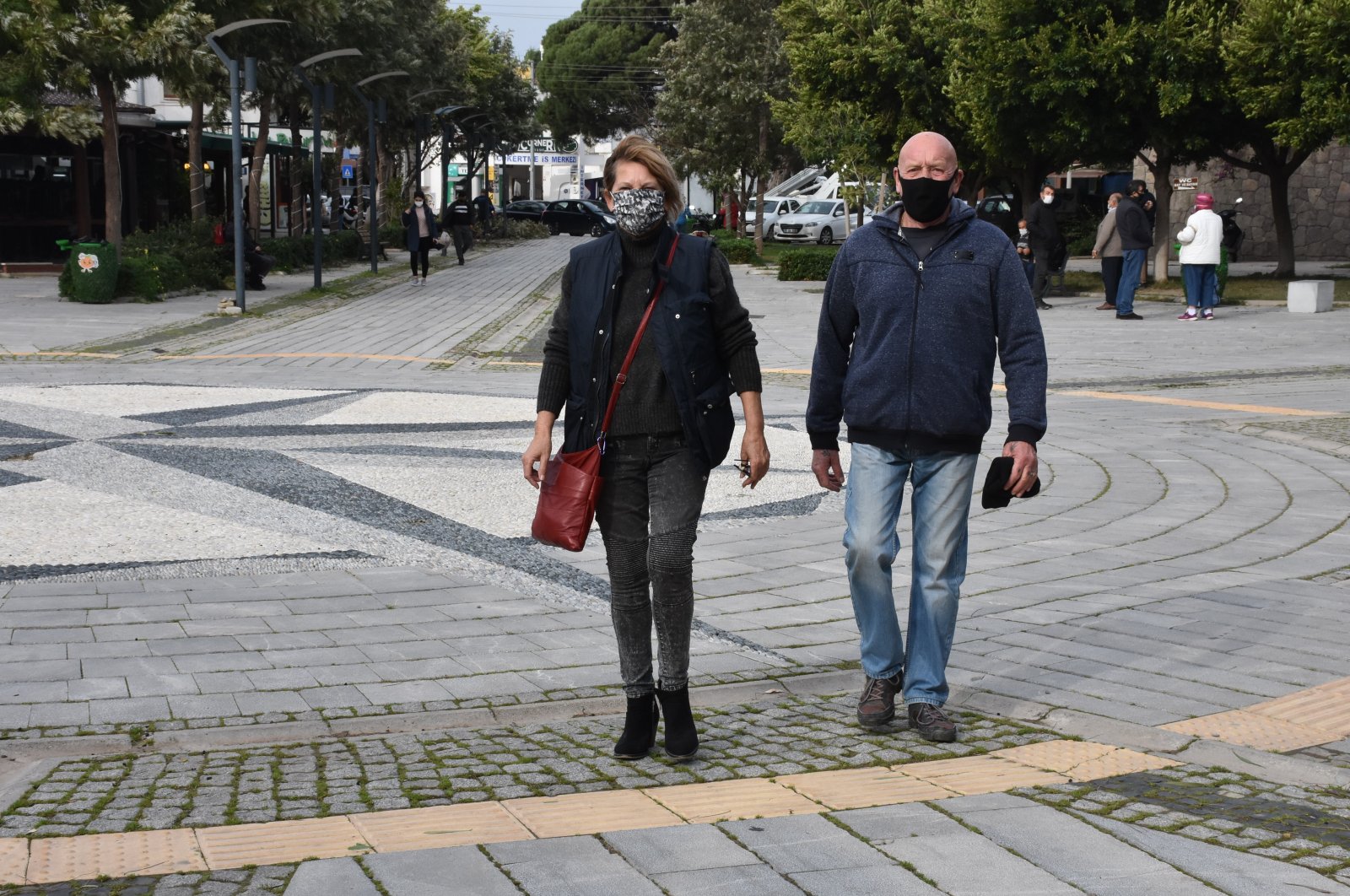 Turkey's strict measures against the coronavirus outbreak make it one of the rare destinations in its region for tourists. For foreign expats who call the country home, the measures have been effective enough to extend their stay.

In Muğla, home to a large expat population and towns wildly popular among tourists from Europe, expats feel safe amid the pandemic thanks to restrictions ranging from curfews to mandatory mask-wearing and measures to ensure social distancing.

Foreign nationals living in Bodrum, the most famous district of Muğla with its pristine beaches, say they do not want to return to their home countries due to the pandemic and welcome services provided and measures adopted in the context of fighting against the virus. Bodrum is already popular among Turkish holidaymakers who decided to extend their stay well into the winter months due to the infection risk in big cities.

British citizen Dawn Marshall, a 60-year-old mother of four and grandmother of six, was fascinated by the beauty of the town and decided to settle there 16 years ago. A retired advertiser, Marshall said she was in the United Kingdom along with her husband when the COVID-19 outbreak first erupted there and the situation looked dire. The couple returned to Turkey later on and felt much safer as most of the people there paid attention to measures such as wearing masks and social distancing. Marshall said she appreciated the restrictions and measures and she would never think of leaving Turkey, which has become her second home. Her husband, Norman, 69, said things were going smoothly in Turkey and his friends were also satisfied with measures taken by local authorities in the district.

Russian animal trainer Ekaterina Chirkunova, another resident of Bodrum, said she had enjoyed her vacation in Bodrum and later decided to settle in the district. "I feel like I'm at my own home thanks to the precautions,” said 34-year-old Chirkunova, adding, "Bodrum is like a paradise.” Stating that Turkey's measures were appropriate unlike those in several other countries, she noted that lockdown restrictions reduced the number of COVID-19 cases and people could maintain their daily life to some extent. Chirkunova noted that she had lived in the United States, the U.K. and Spain but finally settled in Turkey, where she found peace and joy.

Claire Fazla, 44, a British citizen, said living conditions in Turkey were good and she preferred to stay home with her family during the pandemic. Fazla said Turkey's reaction to the pandemic was good enough and the imposition of fines on those violating anti-virus regulations was a deterrent. "I have made good friendships here, and Turkey has an important place for us,” she said, adding that the shopping malls and hospitals made her life easier.

Victoria Salmina, a 49-year-old Russian mother of two, said Turkish people are respectful. She said she decided to settle in Bodrum in 2016 and has enjoyed her life since then. Salmina, who works in the tourism sector, said she strictly followed mask and hygiene protocols in the country and felt safe in Turkey.