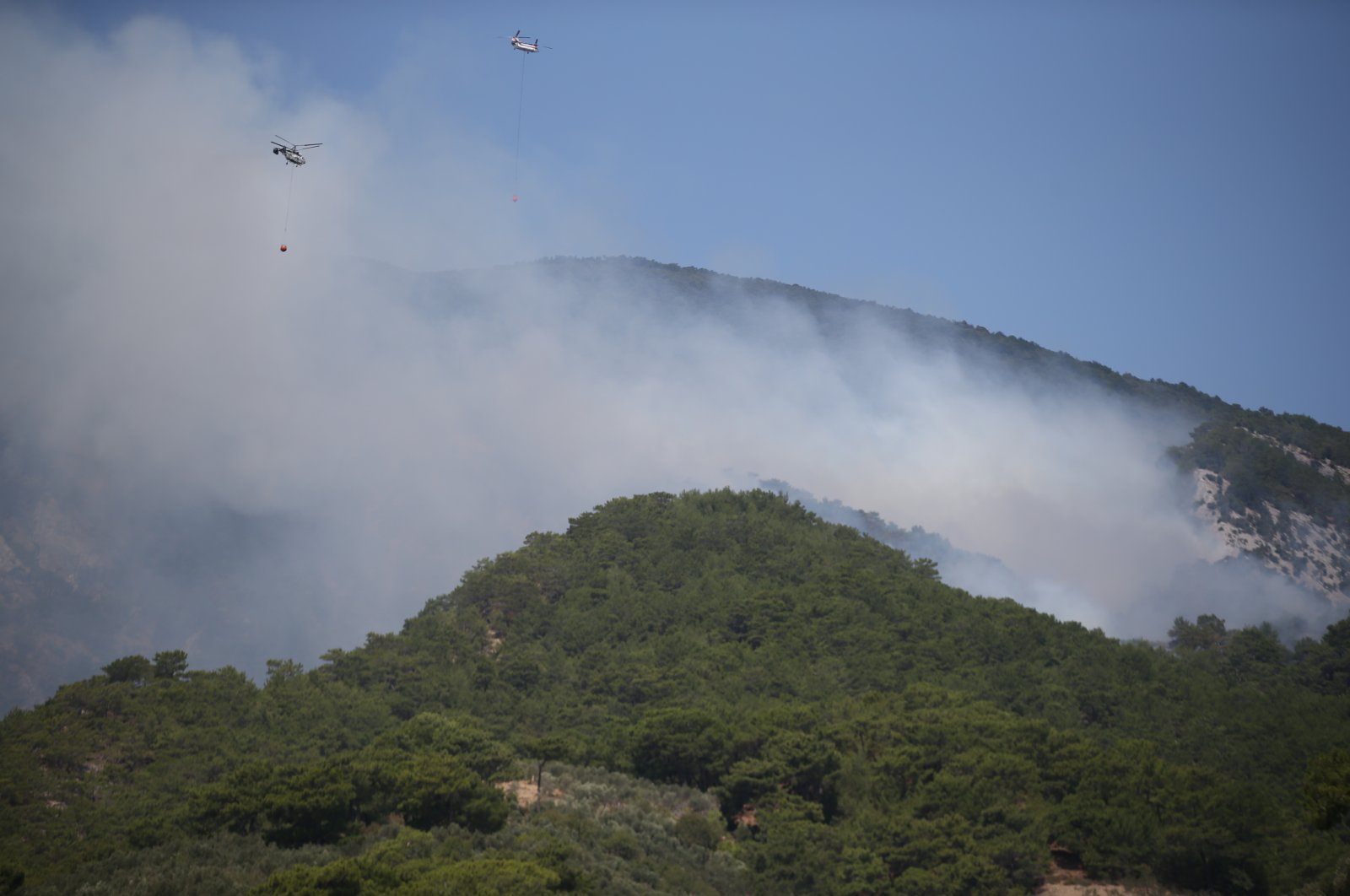 A forest fire erupted in the Edremit district of the western province of Balıkesir on Monday, in an area home to Mount Kaz.

Firefighters were deployed to the epicenter of the blaze near the Kavurmacılar neighborhood on the outskirts of the mountain, also known as Mount Ida. The cause of the fire is not known.

Authorities also deployed seven helicopters and a water bomber plane to the area where land access is challenging due to mountainous territory and narrow paths. Firefighters accompanied by 24 fire trucks and two bulldozers were striving to put out the fire which is far from inhabited areas. Still, strong winds fuel the flames to a wider area.

Officials said crews immediately responded to the fire which erupted inside a national park.

Turkey tackled more than 230 forest fires between the last week of July and the first two weeks of August in peak “fire season.” Extreme temperatures and strong winds linked to climate change prolonged the duration of wildfires which particularly impacted Antalya and Muğla provinces in the south.

More forest fires broke out after all major fires were extinguished but all were small-scale blazes and put out within hours.

Also on Monday, a forest fire broke out in Istanbul’s Maltepe district but it was extinguished in less than one hour. Authorities said the fire stemmed from inflammable material stored in a warehouse near the forest.

Istanbul, along with almost all provinces of the country, has banned barbecues and any other event involving fire in its forests following the string of blazes in the south. Still, it was not spared from fires normally occurring in densely forested areas.

Last week a fire broke out in Heybeliada, one of Princes’ Islands off the coast of Istanbul, that was brought under control in about two hours.