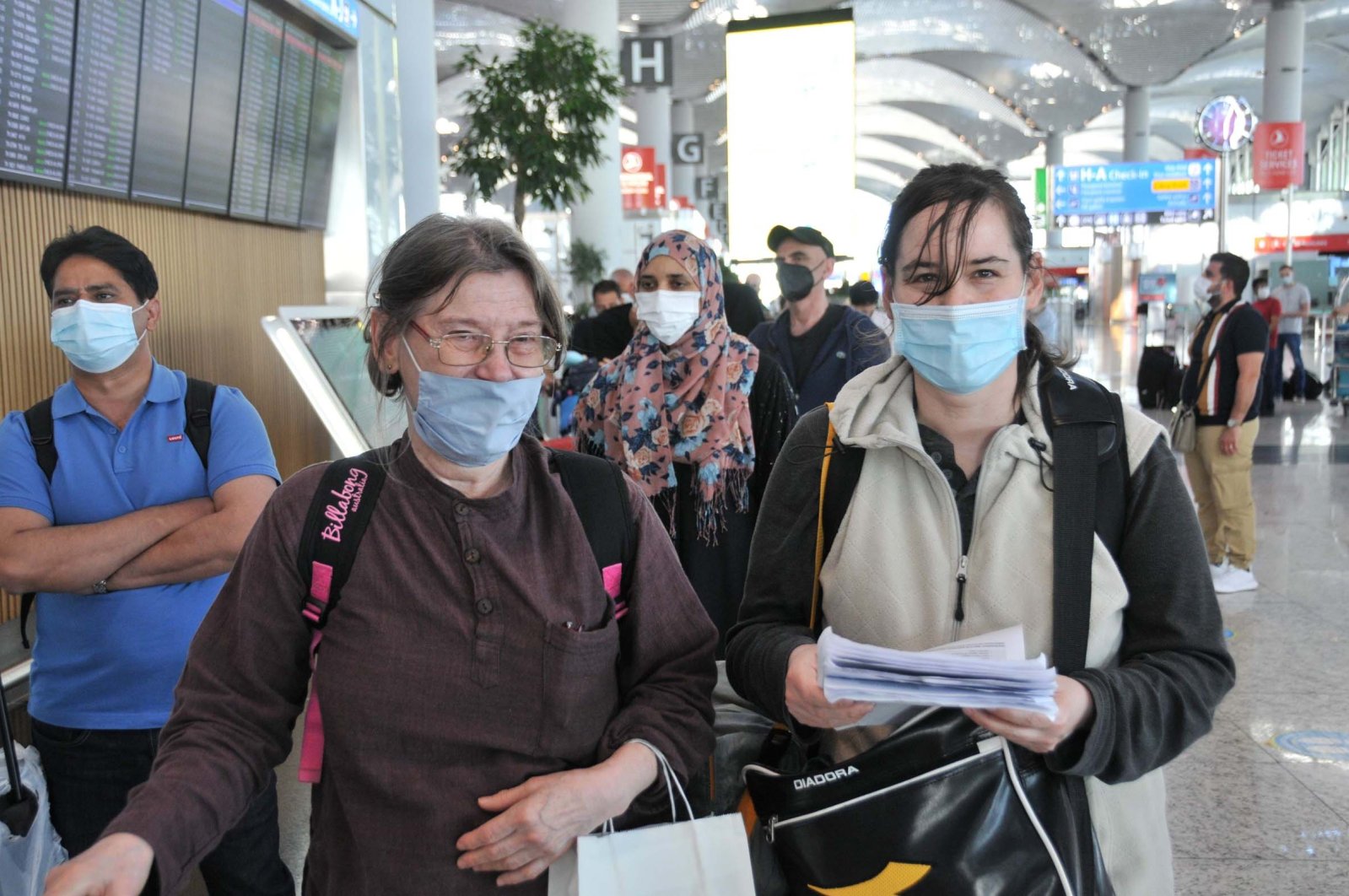 Some 200 Australian nationals from 25 countries, including Turkey, who were unable to fly home for more than one year due to the coronavirus pandemic, finally took off for a flight home via Istanbul late Sunday.

A Qantas Airways flight from Istanbul Airport, serving as a charter flight for those stranded abroad, carried expatriates to Darwin, Australia.

The COVID-19 pandemic, which spread across the world in early 2020, had forced countries to cancel international flights, stranding millions. Flights were resumed months later, while some countries like Turkey arranged evacuation for their citizens abroad. Though most international flights operate normally, new developments in the pandemic occasionally force countries to ban flights more than a year later. Australia is still considering keeping its borders shut for foreigners until 2022.

The Australian government arranged the trip for its citizens in Turkey and 24 other countries. Citizens underwent polymerase chain reaction (PCR) tests at the airport and their body temperatures were measured before they boarded the plane.

Eva Szigetti, who arrived from Hungary with her daughter Anica, said she had flown to her native Hungary for surgery in 2019 before the pandemic erupted and was forced to remain there as she could not find international flights. “I was lucky because my family was in Hungary, but I am happy to return to my country. It is really emotional. It has been almost three years. I had been trying to book a flight since December 2020 and finally, we had a Turkish Airlines flight here,” she told reporters.

Gökhan Altındağ, a Turkish man who has been living in Australia for 14 years, said he came to Turkey in October 2019. “It was for a brief vacation. My wife was pregnant and it was a difficult pregnancy for her. So, we decided to stay here. My daughter was born here and when the pandemic started in Turkey in March 2020, our chances for return disappeared. I was looking for a ticket home since January 2021. We found plenty, but all flights were canceled. We contacted the government and they arranged this flight,” he said.

“I have been away from my family for one year and happy to be able to see them again,” Bria Versave, a designer studying in Italy, said as she prepared to board the flight from Istanbul.