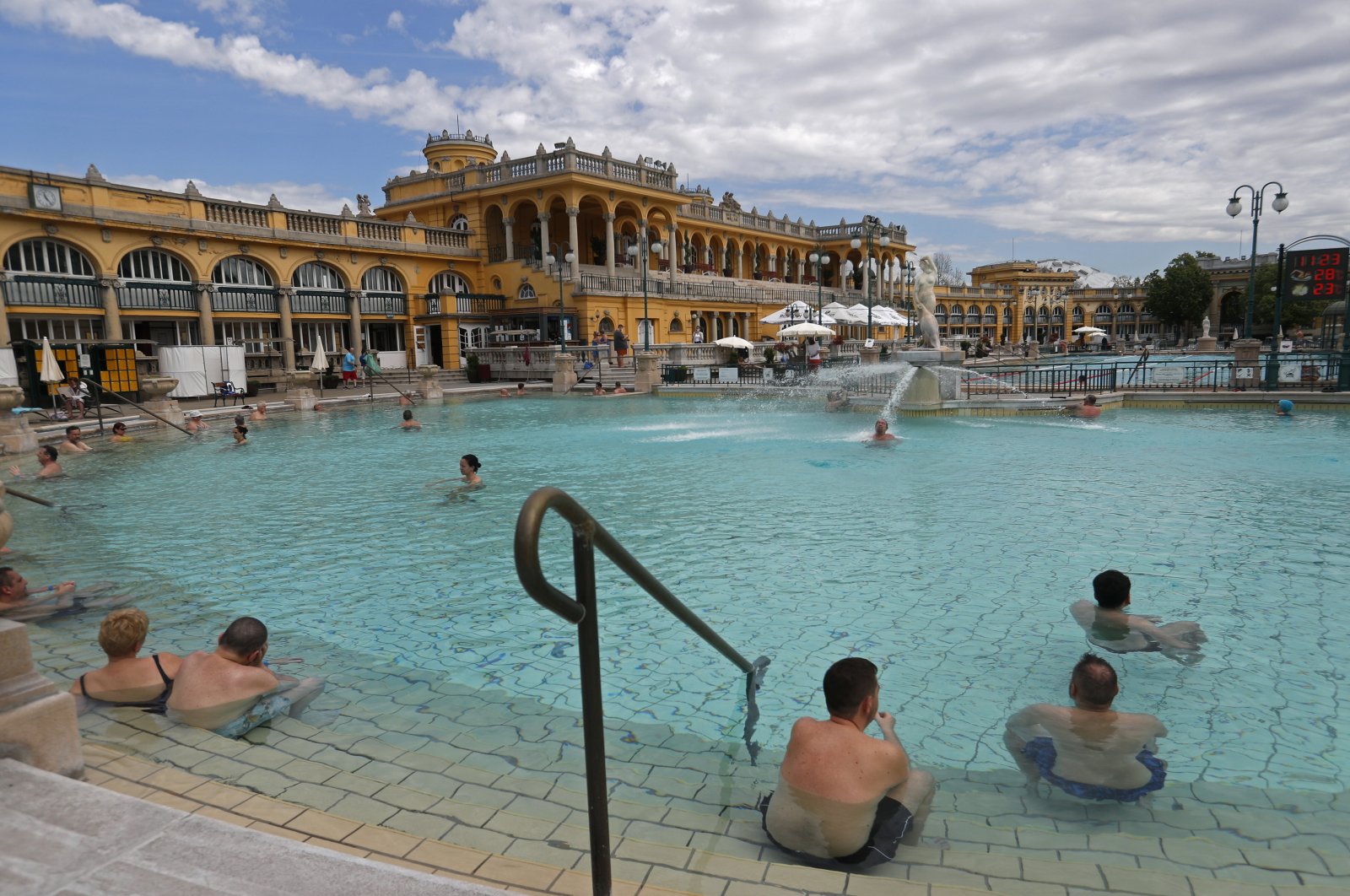 Hungary's ambitious vaccination campaign has led to a series of reopening measures recently, and for those possessing government-issued immunity cards even more COVID-19 restrictions were lifted Saturday.

As of Saturday, individuals with the plastic cards may enter indoor dining rooms, hotels, theaters, cinemas, spas, gyms, libraries, museums and other recreational venues. Opening hours for businesses were extended to 11 p.m. and an overnight curfew in place since November will now start later, at midnight.

People who have received at least one vaccine dose and those who have recovered from COVID-19 are eligible for the Hungarian immunity cards, which must be presented at establishments before entry. Businesses can be issued heavy fines if they allow non-cardholders to enter.

The whole issue of so-called COVID-19 passports is fraught in many parts of the world, with critics saying they discriminate against people in poorer nations or younger age groups who do not have access to vaccines. In Hungary, bureaucratic hiccups meant that many vaccinated residents did not receive immunity cards within eight days of their first shot as planned.

Hungary’s famous thermal baths, a hallmark of its tourism industry, opened their pools, saunas and steam rooms to guests Saturday after nearly six months of closure. Budapest, which operates 12 such spas, opened six of them.

Ildiko Szucs, the CEO of Budapest Spas Ltd., told The Associated Press that she thinks the baths will benefit people who have suffered physically and mentally during the pandemic.

“The effect of medicinal water on stress management and mental rejuvenation is very important, and we hope as many people as possible will recognize this and visit us,” Szucs said.

Speaking from Budapest’s neo-Baroque Szecheyni Baths, the largest medicinal spa in Europe, Szucs said many guests arrived Saturday with proof of vaccination issued by their doctors but had not received their government-issued cards and had to be turned away.

“We will try to take action on this matter and, if necessary, ask for an amendment to the legislation ... since these guests have already received two vaccinations in many cases,” she said.

Maria and Gabor Gal, a retired married couple, received their first dose on March 21, and their second in early April. But six weeks after their initial shots, they said they hadn't received their cards.

“They told us that the vaccination certificate will come when it comes. Now we’re asking when it will come, because it would be good if we could use it,” Maria Gal, 67, said. “We’re sitting here locked in for a year-and-a-half.”

The Hungarian government launched a website and special email address where people waiting for their cards could submit inquiries. Earlier plans indicated a mobile application would be available to provide proof of vaccination, but the system has yet to go online.

A devastating pandemic surge this spring gave Hungary the world’s highest overall COVID-19 mortality rate per 1 million residents, according to Johns Hopkins University. The country of about 9.7 million people has reported over 27,500 deaths in the pandemic. In March, demonstrators led by a far-right party in Budapest broke a ban on public gatherings to demand an end to the country's lockdown restrictions, despite the surge in COVID-19 cases and hospitalizations that was sweeping the country.

But the government has moved aggressively to vaccinate the population. Hungary has administered 4 million first doses of coronavirus vaccines, reaching about 40% of the population, giving the country the second-highest vaccination rate in the European Union.

Hungary also is the only one of the EU’s 27 nations to use vaccines from China and Russia in addition to Western jabs. The government is trying to counter possible EU moves to issue such certificates only to those who received vaccines approved by the European Medicines Agency, which so far do not include the vaccines made in China and Russia.

A football match in Budapest on Saturday was expected to admit fans holding immunity cards. A competing club issued a statement saying masks would not be required in the stadium but urged fans to wear them anyway.

Earlier in the day, parents and eager children lined up to be among the guests let into the Budapest Zoo when it reopened for the first time in nearly six months. Children under 18 who are accompanied by adult cardholders may enter establishments without a card.

“The zoo is the best when it’s full of visitors, when a lot of people come to get to know the world of animals and have a good time," “This is a big day,” spokesperson Zoltan Hanga said, noting that the attraction had not been closed for so long a period since World War II. "Finally, the time for this has arrived.”

Eva Marozsan, who brought her son Zoltan to visit the animals, said she looked forward to the regained freedom the immunity cards gave her family.

“It was very bad to be closed inside, and now that places are opening, it’s really uplifting for us,” she said.