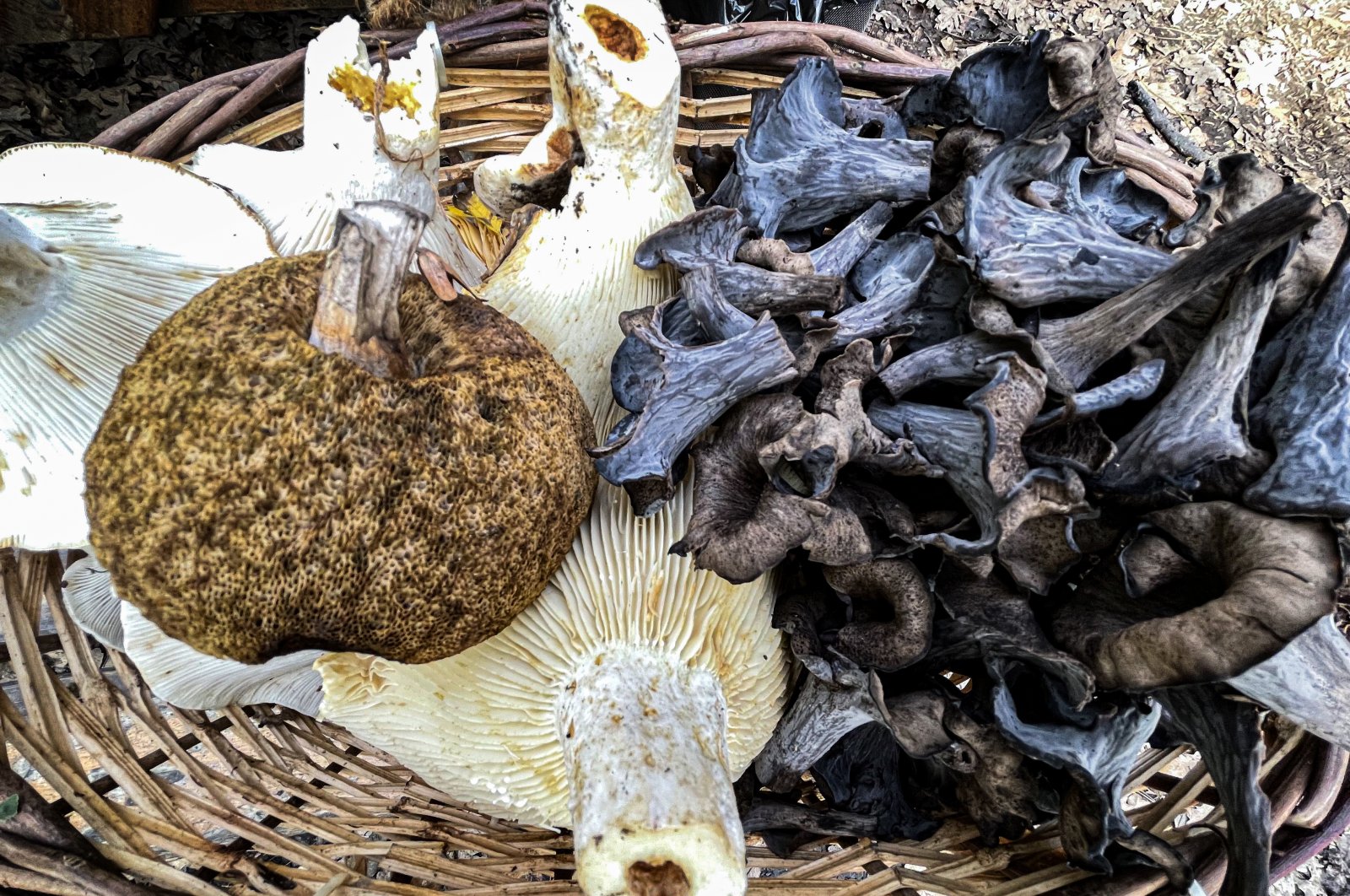 Mushroom season began across Turkey with fleshy fungus sprouting in forests. The delicious food, however, hospitalizes many and occasionally kills if picked by the wrong hands. Ergün Bacak, an academic in Istanbul, aims to raise awareness among the public of the dangers of mushrooms.

“People are not scared of mushrooms. They think they can eat them if people they know do it too. But most of the mushrooms they pick are poisonous, and you should eat them only if you are 100% certain they are not poisonous,” Bacak says.

No official figures are available on mushroom-related deaths, but poisonous mushrooms were responsible for the hospitalization of 35 people and the death of two in two weeks this September in Kastamonu, a northern province where mushroom picking is a popular activity during the season. Authorities have issued a ban on amateur mushroom pickers over the incidents and repeatedly call on the public to stop collecting mushrooms without first consulting an expert on the fungi.

Bacak, an academic from Istanbul University Cerrahpaşa Vocational College of Forestry, leads groups of people over the weekends in the city’s forests to hunt for mushrooms. Tours allow people unfamiliar with the edible fungus to learn how to avoid poisonous types and how to cook mushrooms properly.

The worst among poisonous mushrooms are death cups (amanita phalloides), which are known in Turkey as “köygöçüren” (which can be roughly translated as "village wrecker"). The mushroom accounts for 90% of mushroom poisoning-related deaths in the country; yet, it is also among the most prevalent species of mushrooms in the country.

“When in nature, people are afraid of animals, from insects to bears – but none of these kill you. Mushrooms can kill you but somehow, people don't seem to care,” Bacak laments. “You either have to have an expert with you while going out to pick mushrooms or you should pick only mushrooms you have extensive knowledge of. For consumption, I think it is best to buy cultured mushrooms from supermarkets and avoid mushrooms sold by street vendors. Those sold on streets may lead to kidney and liver failure and eventually death,” he warned.

Bacak told Anadolu Agency (AA) on Monday that mushrooms can cause health problems when not stored properly, even if they are not poisonous. Cooking is also essential when it comes to mushrooms. “If not cooked properly, some mushroom species can be poisonous. Some can lose their toxic features through fumes when cooked,” he said. Bacak gave an example of the common morel, one of the “tastiest” mushrooms available in Turkey. “When not cooked properly over high heat, it can lead to poisoning. Using high temperatures for cooking is essential for most mushroom species to remove their poison,” he said.