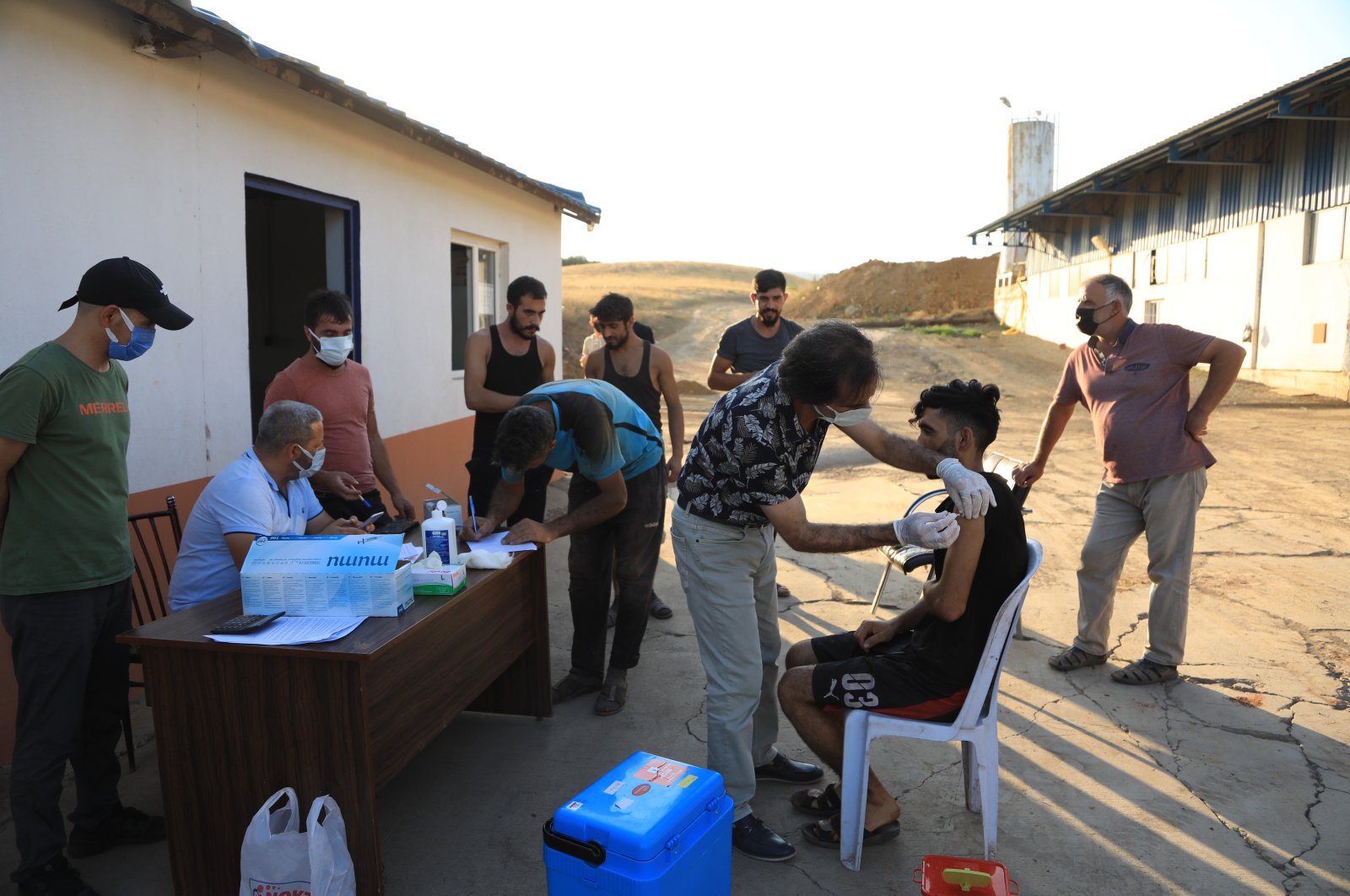 Reluctance among the public to get inoculated endangers momentum in Turkey’s vaccination program, with some 18 million still without jabs as the pandemic continues to surge

Turkey ranks eighth in the world in the number of doses administered to the population. However, conspiracy theories about the vaccines on social media and a misinformation campaign threaten the gains. Though anti-vaxxers are a fringe group, hesitancy among the general public prevails in the country where about 18 million eligible for jabs are still not vaccinated.

The country is nearing 86 million doses in its vaccination program that began in January. The number of people who have received both doses has reached 33.9 million, not a small feat for a country of more than 83 million people. But experts say more is needed to achieve the mass immunity rate of at least 70%.

Professor Alper Şener, a member of the Health Ministry’s Coronavirus Scientific Advisory Board, says people are avoiding vaccination based on “hearsay about vaccines.” Experts say conflicting data about vaccine efficacy might have played a role in lowering confidence in the jabs while vaccine reluctance lingers among younger people who falsely believe that they would not be affected from infections as much as the elderly, even though they are not vaccinated.

Şener says vaccination is the primary method of protection against the coronavirus, whose existence is prevailing with the emergence of new variants like delta. “Variants emerged from countries like Brazil, South Africa and India and all had low vaccination rates. This is not a coincidence. We are seeing variants because countries with low vaccination rates also have low mass immunity, which enables the virus to last longer,” he told Anadolu Agency (AA) on Wednesday.

“We have 18 million without any doses of the vaccine and this is a serious number. In other words, one person out of every five to six you come across while outside is unvaccinated. At the hospital I worked at, the majority of people infected with the coronavirus are those who are unvaccinated, those who had only one dose and people at the age of 65 and above who did not receive their third dose of vaccine,” he said. Şener said people come up with different excuses in order to not to get their vaccine, giving the example of people who were not vaccinated because their spouses would not let them do so. “We have people whose entire family were vaccinated but they abstain from vaccination themselves because they believe what they’ve seen on the social media. In fact, most of the unvaccinated do not really know why they oppose inoculation. They act solely upon rumors they heard about the vaccines,” he said.

The Health Ministry launched an awareness campaign to encourage more people to get their jabs as it expanded its vaccination program to younger people earlier this summer. The campaign, which enlisted celebrities to convince the public, is supported by mobile health care crews who go door-to-door in places with low vaccination rates to explain the benefits of the vaccines. Vaccination programs also expanded into more venues than just hospitals and clinics so that nowadays, getting a jab is possible almost everywhere, from vaccination booths in city squares to shopping malls. People living and working in rural areas are also visited by vaccination crews who offer jabs in the fields and farms they work at.

Most recently, the country opened up the program to children aged 15 and above, as well as those 12 and above who are suffering from chronic illnesses.

The fallout of vaccine hesitancy is most evident in Şanlıurfa, the southeastern province notorious for having the lowest vaccination rate. The rate is only 47.8% in Şanlıurfa, which is located in a region where overall vaccination numbers are low. The hospitals in the province cope with a high number of patients nowadays while professor Mehmet Gülüm, head of the Directorate of Health in the province, lamented an escalating death toll. Gülüm says they have 50 crews visiting places with low vaccination rates and so far, they have reached out to 960 villages. “Şanlıurfa has never had problems in terms of vaccination staff and vaccine supplies but, unfortunately, vaccination levels are low,” he told AA. Gülüm noted progress, pointing that daily vaccination numbers were around 3,000 in early July and now it is almost 30,000, but it is still not sufficient.

In the absence of more vaccinated people, health care infrastructure faces an extra burden in the province. Gülüm highlights that they had to reopen a 50-bed intensive care unit in one hospital, which was closed earlier when the number of cases decreased.