High-profile general among victims of helicopter crash in Turkey 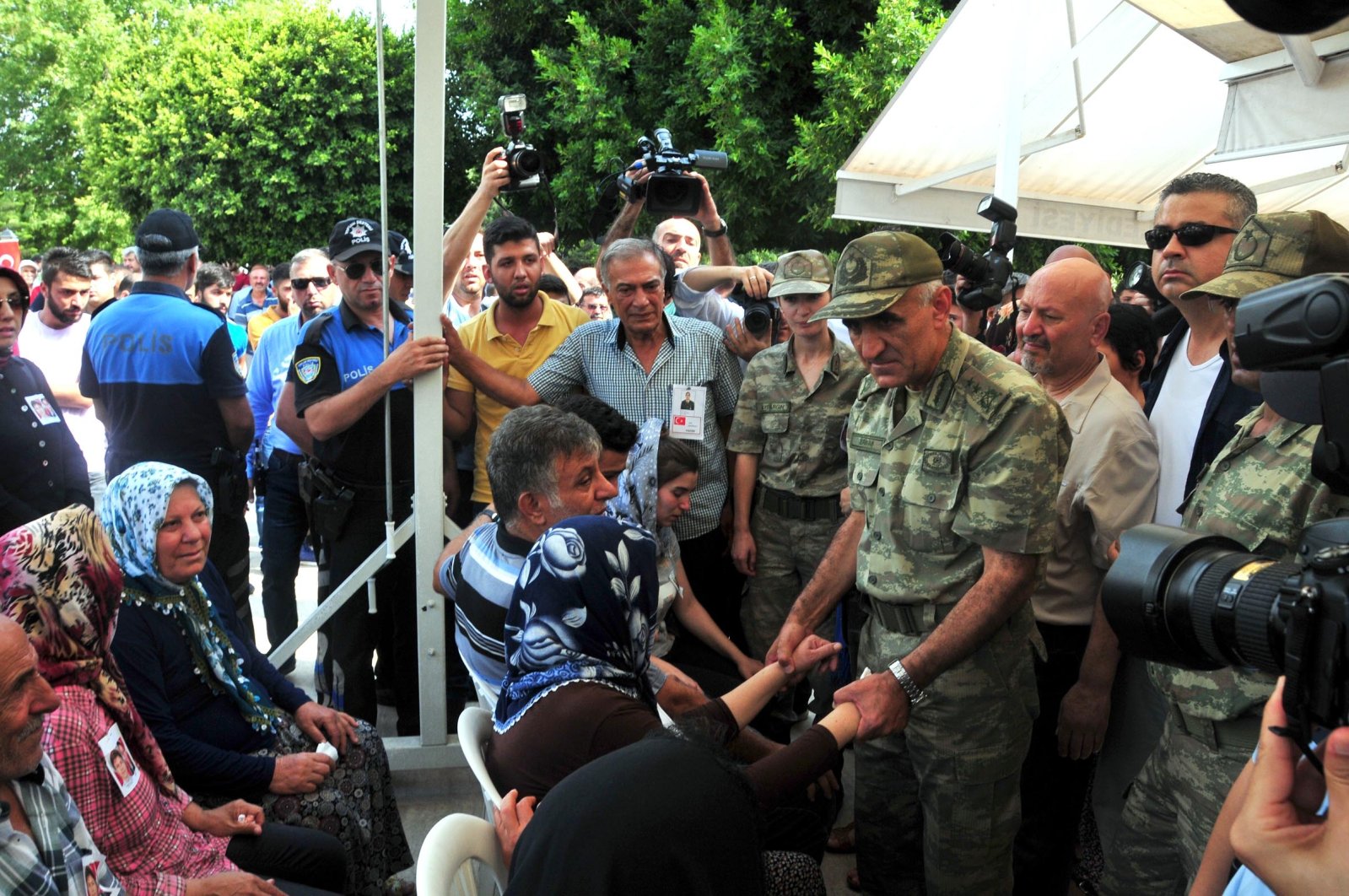 The most prominent name among those killed in the helicopter crash that claimed 11 lives was Osman Erbaş. Erbaş was “a kind, loving” commander, according to social media posts by former soldiers serving under him.

TV stations broadcast footage of Erbaş recorded in the days after the July 15, 2016 coup attempt, a bid by military infiltrators of the Gülenist Terror Group (FETÖ), during a funeral for a coup victim. "Please do not call those killers soldiers. Turkish soldiers don’t kill their own people,” he is heard saying at the funeral for police and military officers killed by putschists in Adana, the province he was stationed during the coup attempt. The general has played an active role in resisting the attempt and is credited with the arrest of a FETÖ-linked general who arranged fuel supplies for putschist-controlled warplanes that carried out airstrikes in Ankara during the attempt.

Selçuk Bayraktar, a senior executive of drone manufacturer Baykar who is known as one of the architects of Turkey’s growing unmanned aerial vehicle (UAV) army, was among those paying tribute to Erbaş. “I met martyr Osman Paşa (a name given to generals) while he was a brigade commander in Doğubeyazıt (of eastern Turkey) in 2010. He had invited us to train military personnel for the use of mini-drones. I visited military outposts on the border in his company. He was an avuncular, modest man and was loved by his soldiers,” Bayraktar said in a social media post.

Erbaş, survived by his wife and two children, was expected to be promoted to the rank of four-star general, the highest in the army, this summer. “He worked hard for his country,” his sister Hüsniye Korana told reporters at the family’s village in the central province of Yozgat. “He left the village at the age of 17 and would rarely come here because he had no time. He was missing us, our parents so much,” she said.