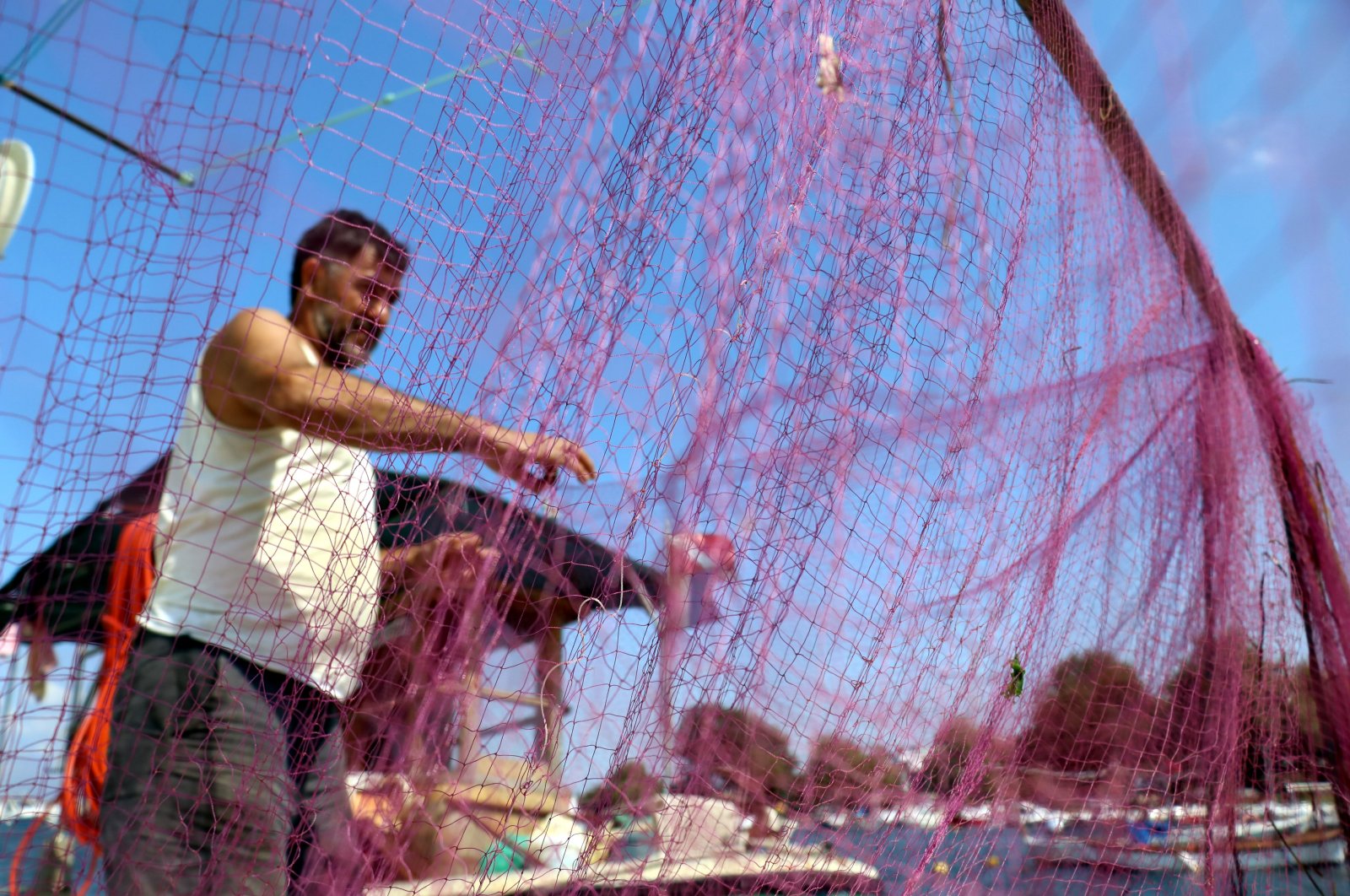 Fishermen will be back at sea on Sept. 1 after a monthslong fishing ban is lifted. They mostly managed to stave off the biggest danger they encountered: sea snot or marine mucilage. As they prepare their boats and repair the nets, they express hope for an abundant season.

Sea snot, a thick layer of slimy substance caused by microorganisms, had paralyzed the Marmara Sea for months before a cleaning campaign eroded its traces ahead of the fishing season. Though it was reported before the end of last season in April, the sea snot problem increased in June, prompting an immediate action plan by the government. The government will pay subsidies twice as high as those normally paid every year to owners of fishing boats in seven provinces littoral to the Marmara. The government also banned the fishing of hamsi, a Turkish anchovy species, in a bid to allow the small fish to thrive, repeating a ban earlier this year amid the shrinking size of hamsi due to weather conditions.

Authorities also seek to assure the public that the fish in the Marmara are healthy in the aftermath of sea snot. Ahmet Yavuz Karaca, head of Istanbul Directorate of Agriculture and Forestry overseeing fishing in the city, said they run tests based on dozens of parameters on samples they received from seawater and fish for months and did not encounter any findings that would threaten human health. Karaca told Anadolu Agency (AA) that people can “safely consume fish from the Marmara and Black seas.”

Süleymanpaşa, a northwestern fishing town in Tekirdağ province, was among the places affected by sea snot, which forced fishermen to end the season earlier. This year, they will resume fishing without a trace of the mucilage. “We faced problems because of mucilage but there isn’t any left. We expect plenty of fish at sea, from bonito to bluefish, this season,” Ibrahim Pehlivanoğlu, who heads a fishing cooperative in the town, says.