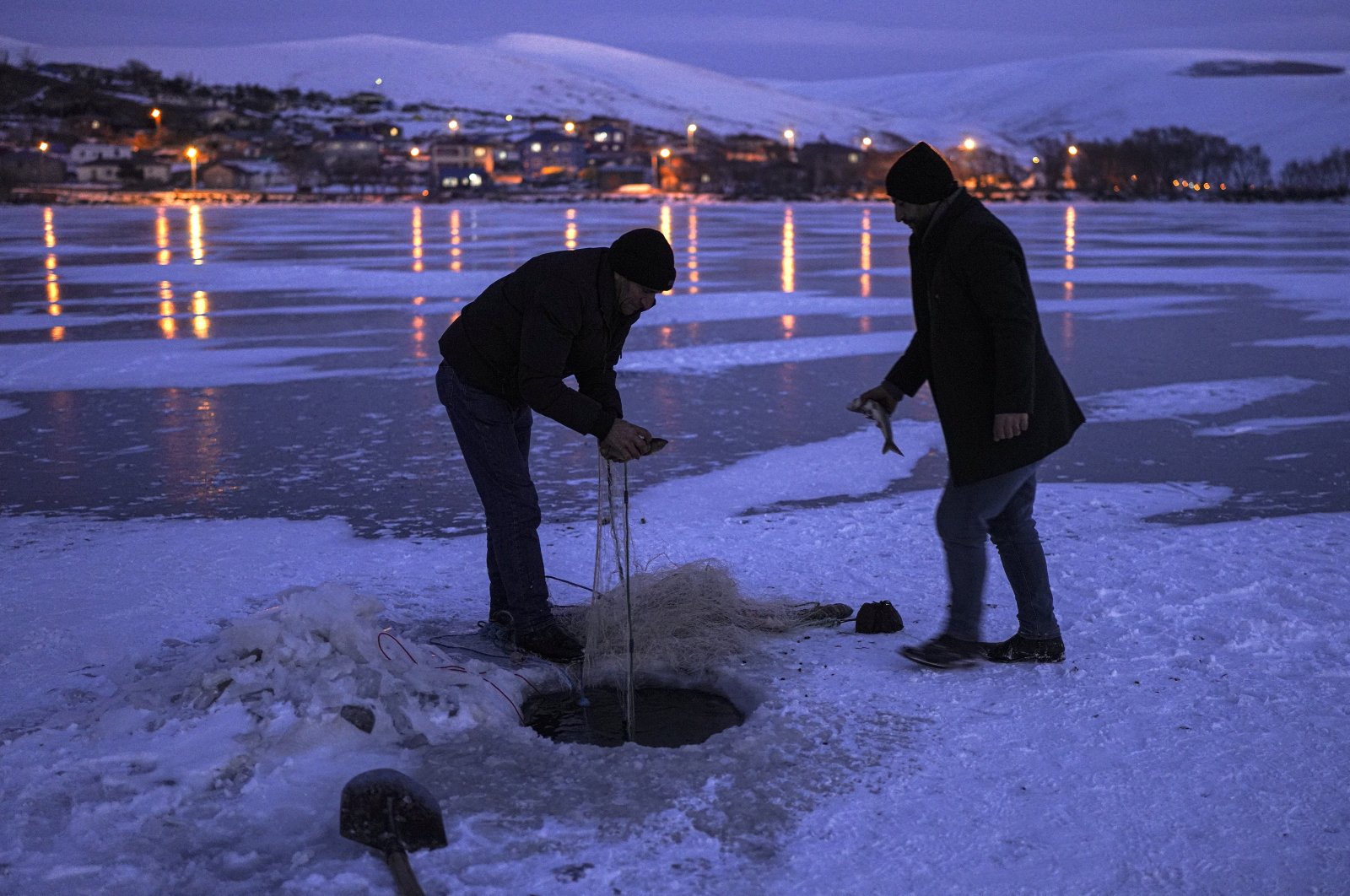 The scenic Lake Çıldır in eastern Turkey is quite busy nowadays. Tourists enjoy the scenery and take selfies while joining locals in riding sleds on the frozen lake. Elsewhere, skilled drivers test the quality of their tires by drifting off the thick icy surface. For local fishermen, it is the season of ice fishing. Hundreds of fishermen make a living by the fish they catch from the second biggest lake in the eastern region, flocking to the lake that stretches along the border of the Kars and Ardahan provinces.

As temperatures dropped to minus 25 degrees Celsius (minus 13 degrees Fahrenheit), the lake is teeming with people, along with the fish beneath the thick layer of ice. Using shovels and pickaxes, fishermen continue their centuries-old way of fishing against the dramatic backdrop of the snow-capped mountains around the lake. Çıldır, located in an area with a surface elevation of 1,959 meters (6,427 feet), usually remains frozen between late December and March every year, depending on temperatures. Ice fishing begins when the layer of ice reaches to some 25 centimeters (almost 10 inches) deep across the lake, which covers 123,000 square meters (1,323,960 square feet).

Turhan Kılıç is among the fishermen who rush to Çıldır as soon as it freezes. Casting nets through the holes he has dug, Kılıç hunts fish to serve at his family-run restaurant on the shores of the lake. Joined by his son, they sometimes walk and sometimes use horse-drawn sleds to travel across the lake. Their patience pays off at the end of the day, when their nets are filled with a diverse array of fish.

"The fish caught from below the ice is tastier," Kılıç says. He counts common carp, chub, trout, rudd, Italian barbel and mirror carp among the species they catch the most. He singles out chub as the most delicious dish he serves at his restaurant. When the ice melts, Kılıç and other fishermen board their boats to continue fishing across the lake.

"The ice is particularly thick this year and we hope it will remain so longer and we will have more tourists here," he says. After casting nets under the curious gaze of tourists, Kılıç and his son take them for a tour across Çıldır aboard horse-drawn sleds.