144 detained across Turkey in ops against FETÖ infiltrators 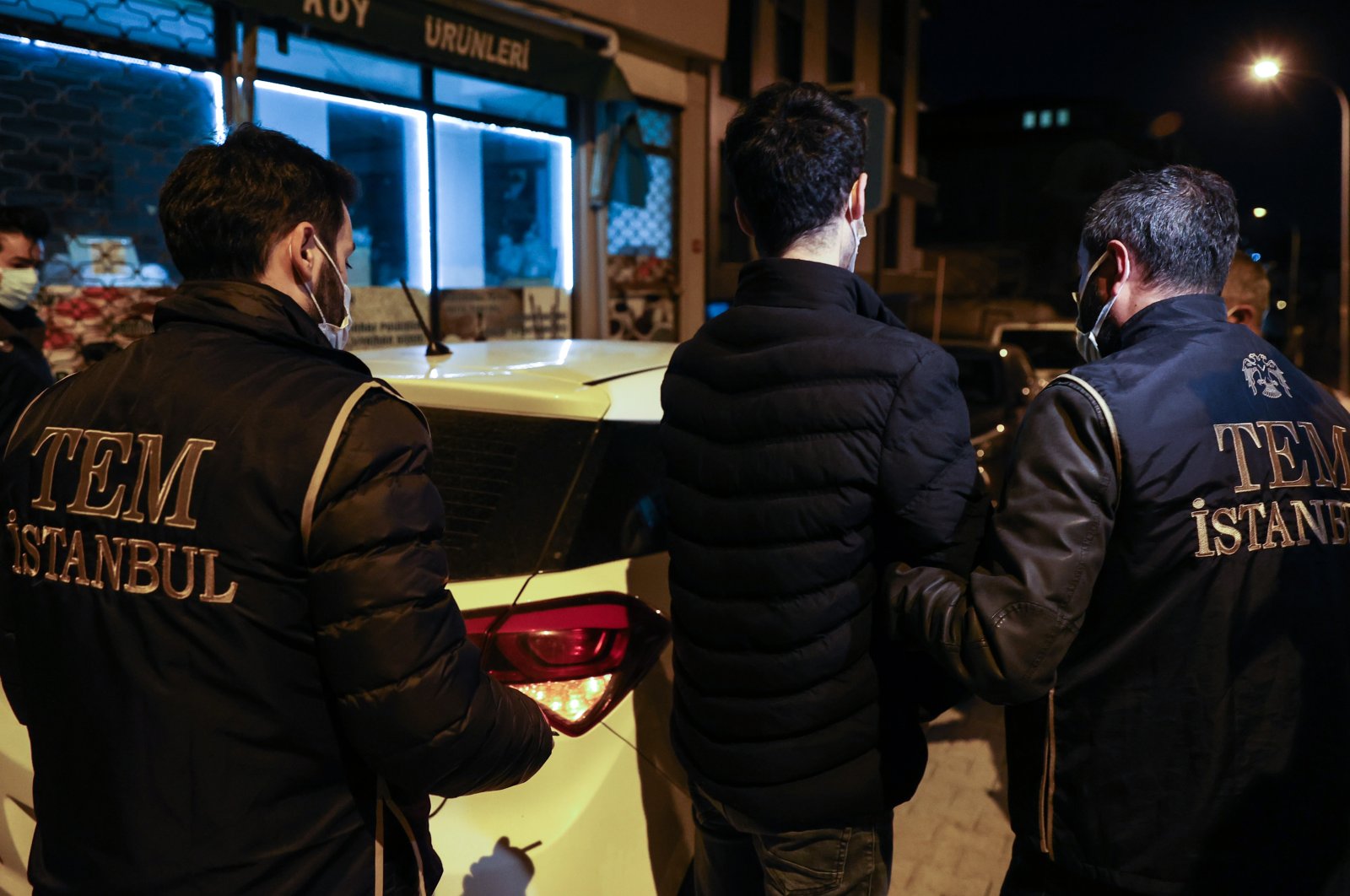 Security forces on Tuesday detained 144 suspects in operations across the country from the capital Ankara to Istanbul against the Gülenist Terror Group (FETÖ), the culprit of the July 15, 2016 coup attempt that killed 251 people and injured nearly 2,200 others.

Operations, launched after arrest warrants were issued by prosecutors, targeted the group’s infiltrators in law enforcement, including the Turkish Armed Forces (TSK) among others.

The terrorist group, which faced increased scrutiny after the putsch bid, is known for its widespread infiltration into the country's institutions, including the judiciary, military, police and bureaucracy. Tens of thousands of people were detained or arrested after the coup attempt was quelled thanks to strong public resistance. The army expelled some 20,000 staff associated with the group. However, investigations show the group still has many infiltrators who managed to disguise their affiliation.

In the capital Ankara, security forces searched for 77 suspects wanted in connection to the terrorist group's infiltration of Turkey's law enforcement. Fifty-four were captured in operations across 29 provides as the manhunt continues for the others. Most of the suspects were deputy inspectors, who have been accused of being promoted to that rank by stealing the questions and answers to an exam taken in order to merit a promotion. Investigators say FETÖ members had illegal access to the questions, a common tactic employed by the group to increase its infiltration. FETÖ members were convicted in a string of trials for committing fraud in public sector exams to infiltrate the bureaucracy and receive promotions in the army. The infiltrators were largely able to accomplish this due to their members having earlier infiltrated exam bodies.

In the northwestern province of Kocaeli, five suspects were captured in another operation against FETÖ. Police discovered digital propaganda material in possession of the suspects.

A larger operation was launched in Istanbul against 115 suspects who were wanted for infiltrating the TSK. Sixty-six were captured in operations in Istanbul and 24 provinces. Among them were active-duty soldiers and those earlier dismissed from the army on suspicion of links to the group as well as some who had retired from the army or resigned. The suspects were identified by their links to terrorist group’s civilian handlers through payphones. Earlier investigations have disclosed hundreds of FETÖ suspects used payphones to arrange secret meetings to avoid suspicion. Some suspects in the operation were identified based on testimonies of FETÖ members captured in earlier operations. A “remorse law” allows terror suspects to receive lenient prison terms and sometimes, release with judiciary control, in exchange for valuable information to help uncover covert members of terrorist groups.

In another operation based in the capital Ankara, 19 suspects were captured, all members of a “secret FETÖ cell” who infiltrated the defense industry. Operations were held in Ankara and four provinces in coordination with National Intelligence Organization (MIT). Like those sought in the Istanbul-based operation, suspects contacted their handlers through payphones and over ByLock, an encrypted smartphone messaging app developed and exclusively used by the terrorist group. Suspects, mostly engineers, were former employees of prominent defense companies, including Aselsan, Havelsan and Roketsan.