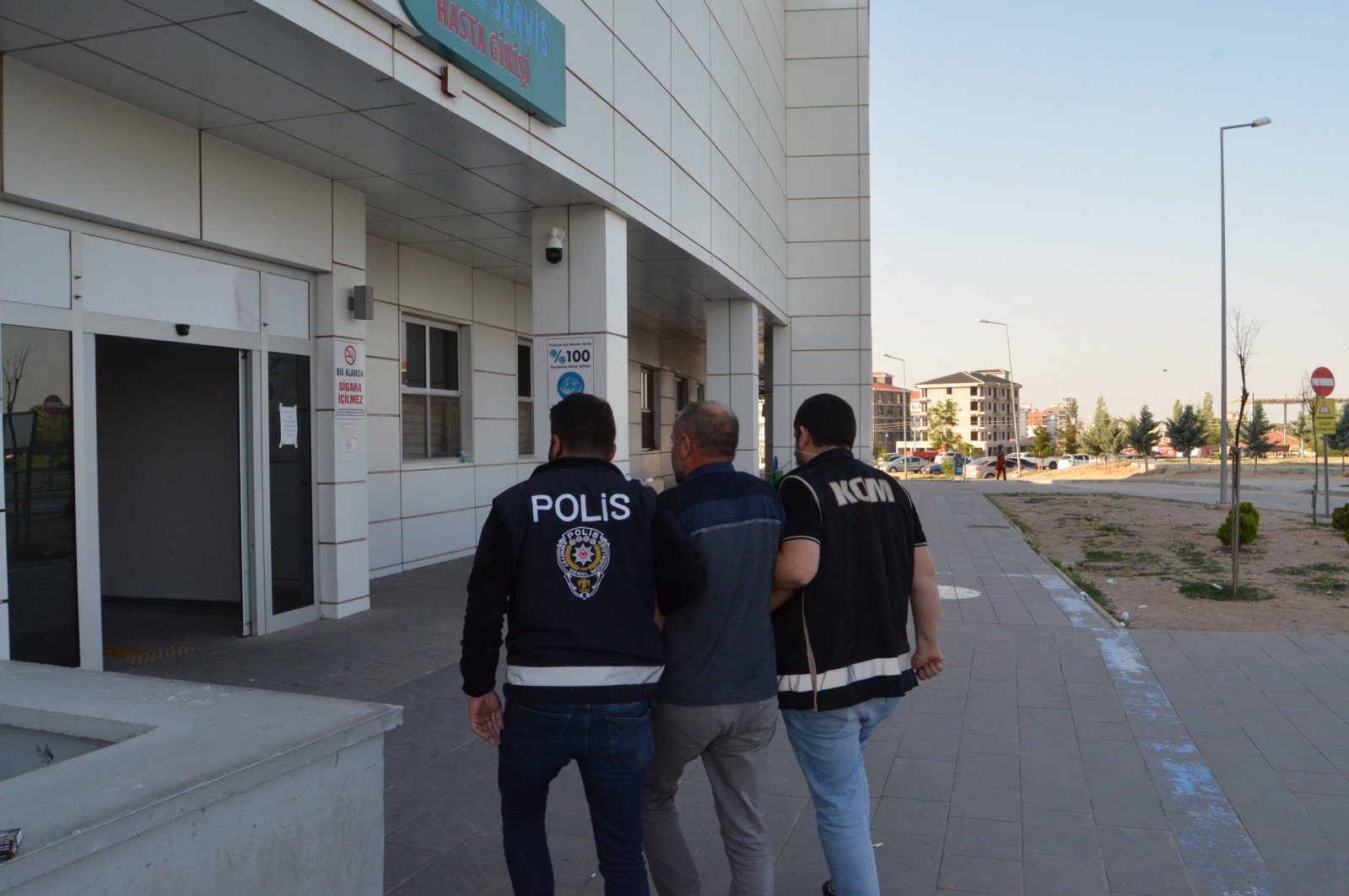 Turkey continues to weed out suspects loyal to the FETÖ terrorist group from the public sector. New nationwide operations nabbed 22 while the Interior Ministry announced nearly 40,000 dismissed so far from the ministry for suspected links to the group

Turkish authorities Wednesday issued arrest warrants for 40 suspects, accused of being part of the Gülenist Terror Group’s (FETÖ) “civil administration network.” Eleven other suspects were summoned to testify in an investigation carried out by the Chief Prosecutor’s Office in the capital Ankara. Twenty-two suspects were detained in operations carried out in 23 provinces.

The “civil administration network” refers to a public sector group including district governors, provincial governors and other civil servants. It was not clear whether the suspects were in administrative positions but all were dismissed from their jobs earlier, according to media reports. The operations were the latest in efforts to remove possible infiltrators of the terrorist group, the culprit in the July 15, 2016 coup attempt, from the public sector.

FETÖ is known for its widespread infiltration, from military to bureaucracy, law enforcement and judiciary. An Interior Ministry official announced Tuesday that 39,597 people working for the ministry were dismissed from the public sector for their affiliation with FETÖ.

The Chief Prosecutor’s Office in Ankara said in a statement that the suspects were identified by their links to the terrorist group, through their communications with “civilian imams,” a name given to the terrorist group’s handlers of infiltrators everywhere. They were allegedly in touch with those handlers via single-use phone numbers exclusively used for such contacts. Some suspects were identified through testimonies of FETÖ members arrested in earlier operations.

The terrorist group faced increased scrutiny following the coup attempt that killed 251 people and injured nearly 2,200 others. Tens of thousands of people were detained, arrested or dismissed from public sector jobs following the attempt under a state of emergency. Hundreds of investigations launched after the attempt sped up the collapse of the group’s far-reaching network in the country. FETÖ was already under the spotlight following two separate attempts to overthrow the government in 2013 through its infiltrators in the judiciary and law enforcement.

Deputy Interior Minister Ismail Çataklı said in a statement Tuesday that under the state of emergency decrees following the coup attempt, 39,597 people were expelled from the ministry, which oversees law enforcement and civil administrations. Çataklı said the majority of them appealed to be reinstated to their jobs to a committee set up to monitor the expulsions, and the appeals of 35,929 people were rejected. Another 2,164 people were reinstated to their posts after investigations while decisions are pending for the remaining number.

The terrorist group, which long posed as a charity movement operating schools and nongovernmental organizations (NGOs), had both members openly supporting them before it was designated as a national security threat following coup attempts in 2013 and secret members skilled at disguising their ties to FETÖ. Former members say most infiltrators, picked by senior members of the group, were instructed to hide their affiliation at all costs. Some in the army, for instance, were ordered to act like “secular” officers, actually loyal to FETÖ, which exploited religious sentiment to advance its goal of seizing power.

Confessions of a former member, made public Wednesday by Anadolu Agency (AA) once again shed light on the group’s infiltration tactics. The member, identified as M.M., had invoked a remorse law that grants lenient sentences for defendants in terror cases in exchange of collaboration with authorities. He admitted that a FETÖ “imam” supplied him with questions and answers to several exams for admission and promotion in the public sector. With the group’s assistance, he managed to secure a job at the Foreign Ministry. M.M. said the group helped him in five exams and two job interviews.

M.M. was recently detained in an investigation by the Chief Prosecutor’s Office in Ankara. The suspect said his links to the group dated back to his high school years, while he was studying for university admission exams, at a prep school run by FETÖ. A tutor there introduced him to “student houses” where young recruits brainwashed by the group stayed. While studying at Hacettepe University, the suspect was contacted by the group’s handlers and stayed in a dormitory run by them.

He was among a group of students who were given questions and answers to the Public Personnel Election Exam (KPSS) in 2010, one week before the exam. The exam results for some applicants linked to FETÖ were later declared annulled when an investigation found mass fraud by the group. FETÖ is already implicated in a string of trials where it is accused of stealing exam questions and answers for purposes of infiltration into the public sector.

The former member said in his testimony that his handlers instructed him to be a “customs inspector” and in 2011, he sat an exam for this purpose, again, after a FETÖ member supplied him with questions and answers before the exam. “A handler codenamed Akın gave me and a few others the questions and answers and made us to swear that we would not tell this to anyone,” he recounted.

The group was apparently determined to have young recruits infiltrate into the state at any means and M.M. was also ordered to sit an exam for a post in the Finance Ministry the same year. M.M. passed the exam after receiving questions and answers from FETÖ members.

The next step was a one-on-one interview for the job. “Akın” gave him 50 questions “that would be asked at the job interview” and M.M. discovered the exact same questions were asked to him in the job interview. The terrorist group kept its contact with M.M. after he started working at the Finance Ministry. When his job status changed in the ministry, M.M. decided to sit another exam, this time for the Foreign Ministry. Two other FETÖ members, including a Council of State staff member, contacted him and one of them gave him the questions and answers.

After taking up a job in the Foreign Ministry, the terrorist group increasingly intervened in his personal life and even selected the house where he would live. FETÖ members also installed Bylock, an encrypted messaging app developed and exclusively used by them, into his cellphone, for communication with his handlers.

M.M. said they were instructed to set up fake Twitter accounts after the failure of the group’s 2013 coup attempts and run a defamation campaign against the government.