Customs officials seize over 46 kg of drugs at Istanbul Airport 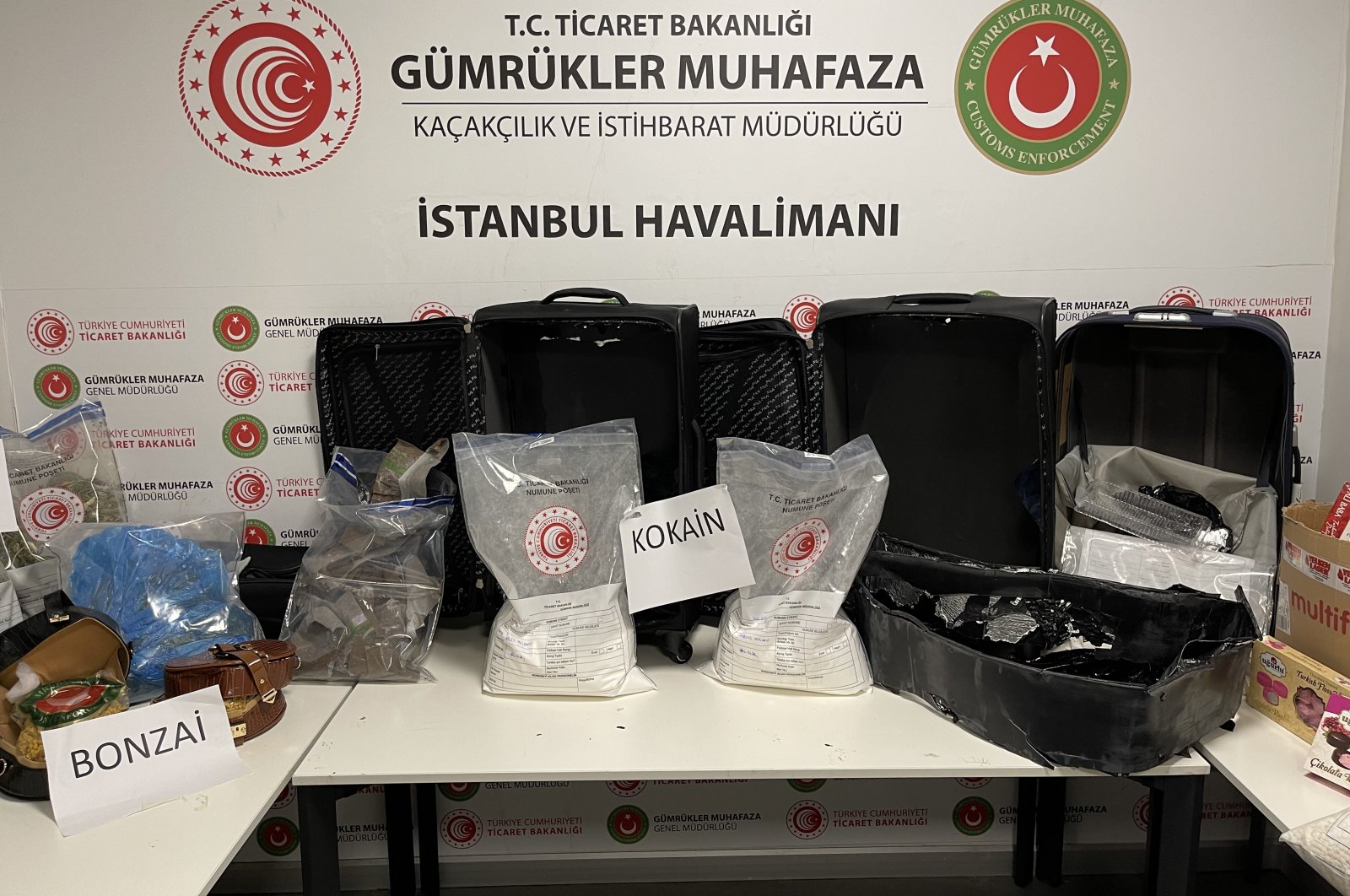 More than 46 kilograms (101 pounds) of drugs were seized by Turkish customs officials in narcotics operations against drug trafficking at the Istanbul Airport on Monday.

According to security sources speaking on condition of anonymity, the officials found six passengers and two cargo shipments arriving in Turkey on different flights suspicious.

While the passengers were detained, the customs teams checked their luggage. The baggage of two passengers from South America had secret compartments containing over 8 kilograms of drugs.

Separately, some 11.5 kilograms of cocaine was seized in an operation against three couriers.

In another operation, more than 23 kilograms of "Taiwanese gum" type drugs were seized from four suitcases belonging to a suspicious passenger from East Asia. The suitcases were first checked with an X-ray device and then with sniffer dogs.

Meanwhile, shipments considered suspicious at the airport's cargo terminal were checked by narcotic detection dogs. As many as 109,200 illicit pills were found in the parcels, which were declared to contain tea and beverages.

Turkey is located on the so-called “Balkan Route” of drug smugglers operating between Asia and Europe. Although it has boosted its success in the struggle against drugs, the country still faces a flow of drugs both as a transit and a destination country for opium derivatives, particularly heroin, which is produced in Asia and transferred to Europe, according to a report by the counternarcotics branch of the Turkish National Police.

Last year, counternarcotics police conducted 140,000 operations and seized 20 tons of marijuana, 11 tons of heroin and 800 kilograms of cocaine. Customs officers at the borders and ports of the country, seized 9.7 tons of drugs last year. In the country's southeast, millions of cannabis plants were seized and destroyed.