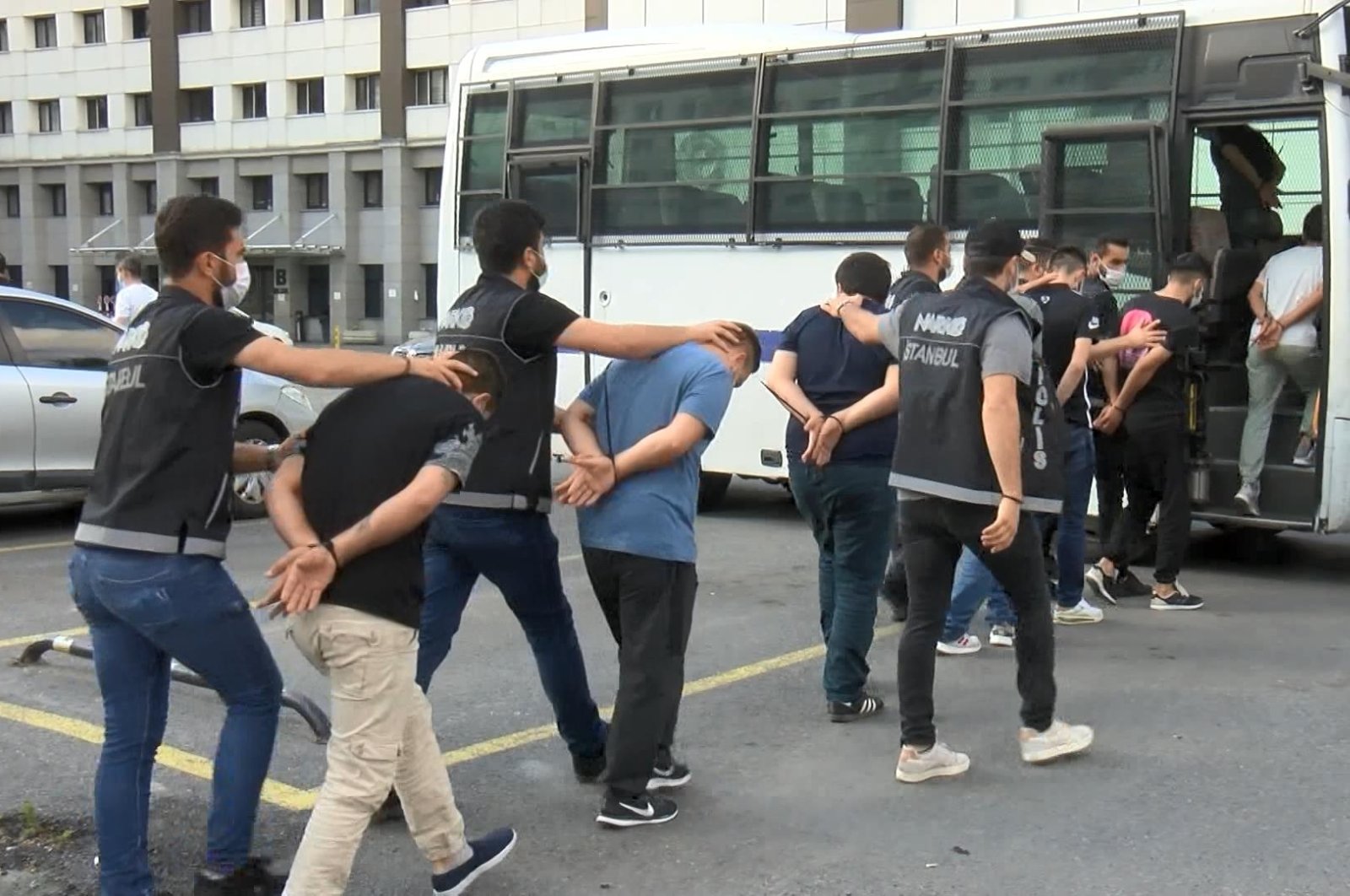 Turkey has intensified efforts to stamp out drug smuggling and drug-related crimes. The country, which fights to thwart attempts to smuggle in and from its borders, is also challenged by domestic drug use. A police report on 2020 drug figures shows that the security forces apprehended 231,652 suspects in nationwide operations last year.

The report, prepared by the Department of Combating Narcotic Crimes, indicated that police units conducted 159,268 counter-narcotic operations, up 7% from 2019. In the operations, 231,652 suspects were caught by security forces, up 5.3% compared to the previous year.

Also last year, security forces seized 13.7 tons of heroin, 93.7 tons of marijuana and skunk (a type of chemical marijuana), 1.9 tons of cocaine, around 4 tons of methamphetamine and over 11 million ecstasy pills. Additionally, over 2 million Captagon pills and 1.7 tons of Bonzai were seized.

The illegal drug trade is an important financial resource for all kinds of criminal organizations. It is difficult to estimate the financial dimension of drug trade which, according to the report, is carried out in secrecy across different regions of the country and also at the global level.

It was noted that terrorist groups including the PKK/KCK/PYD, DHKP/C, TKP-ML and the Gülenist Terror Group (FETÖ) are majorly responsible for drug smuggling. Through intelligence reports, investigations by law enforcement officers, academic studies and open-source searches, the report revealed that these terrorist organizations were involved in all stages of drug trafficking.

Police conducted 464 counter-narcotics operations against the PKK/KCK/PYD terrorist group between 1980-2020 and arrested 1,497 suspects. In these operations, security forces seized over 96 tons of marijuana, 5.4 tons of heroin, 71 kilograms (156 pounds) of opium, 4.3 tons of morphine base and 9.4 kilograms of cocaine. In addition, 137,851 ecstasy pills, 72 Captagon pills, 28,348 liters of acetic anhydride and over 121 million cannabis roots were seized by security forces.

In the same period, 975 suspects were detained, and 244,835 kilograms of cannabis and nearly 223 million cannabis roots were seized in 193 operations carried out by Gendarmerie General Command units against the terrorist organization PKK's revenue from illegal drug cultivation.