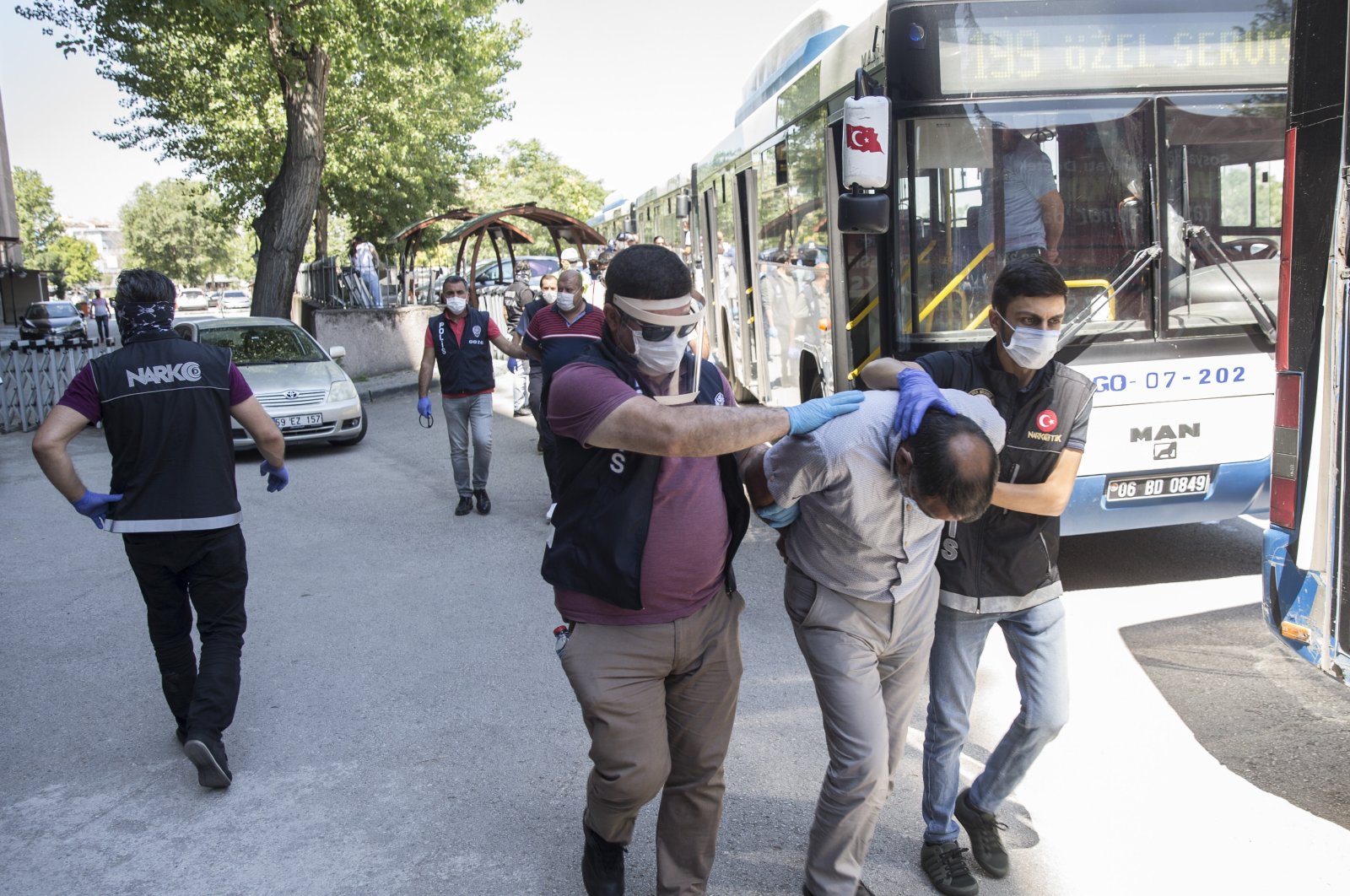 Indictments have been handed down in Turkey’s largest operations against international drug smugglers, charging the alleged drug lords with funneling money to the PKK terrorist group and the Gülenist Terror Group (FETÖ).

Nejat Daş and Çetin Gören, the two main suspects in the indictment covering 73 defendants, including a former police chief, face hundreds of years in prison on charges of running a criminal organization and laundering money. The suspects were rounded up in an international operation dubbed “Operation Swamp” last summer. A court accepted the indictment on Tuesday and a hearing has yet to be scheduled at a court in the capital, Ankara.

Following the operation, Interior Minister Süleyman Soylu announced that the suspects, who had international connections, had accumulated criminal revenue amounting to more than TL 500 million ($57.6 million). Authorities have seized suspects' assets, which include luxury cars, residences and bank accounts. The operation was carried out after months of surveillance that started in 2019 following an intelligence tip-off from South Africa about the drug dealings of Gören.

Gören already had a red notice, or international arrest warrant, issued for him by Brazil, which accused him of money laundering and drug trafficking. In 2010, he disappeared after he was allowed a brief leave from a prison where he had been held in Brazil since 2007. Gören is accused of sending 60 million euros ($70.94 million) to the PKK terrorist group and funneling another 500,000 euros to FETÖ. The indictment says the money sent to FETÖ was to “delete Interpol records” of Gören. Gören was a well-known figure in the criminal underworld and was also tried in the Netherlands on drug trafficking charges.

The account of a partner in crime of Gören who collaborated with authorities shows that Gören was running a cocaine dealing network in the Netherlands, in cooperation with suppliers from Ecuador. The former partner, identified as H.A. in the indictment, says Gören paid 150,000 euros first to a FETÖ member in the Netherlands as “himmet” (a term used for donations to the terrorist group or money extorted from non-FETÖ members). He later paid another 500,000 euros to the group’s members for the deletion of his Interpol records. The terrorist group is known for its widespread infiltration in Turkish law enforcement.

H.A. himself said he paid TL 1 million to two FETÖ members in 2014 in exchange for helping him escape an ongoing investigation against him in Turkey. The indictment says Gören also sent 60 million euros to H.A., who was living in the southern Turkish province of Gaziantep, to deliver it to the PKK. The terrorist group is known for its involvement in drug trafficking, both in Europe and in Turkey. Nejat Daş, another leader of the gang, who made a name for himself in the Turkish underworld in the 1990s as “Turkish Escobar,” is accused in the indictment of secretly transferring criminal revenue he earned abroad to Turkey, through passengers and truck drivers.