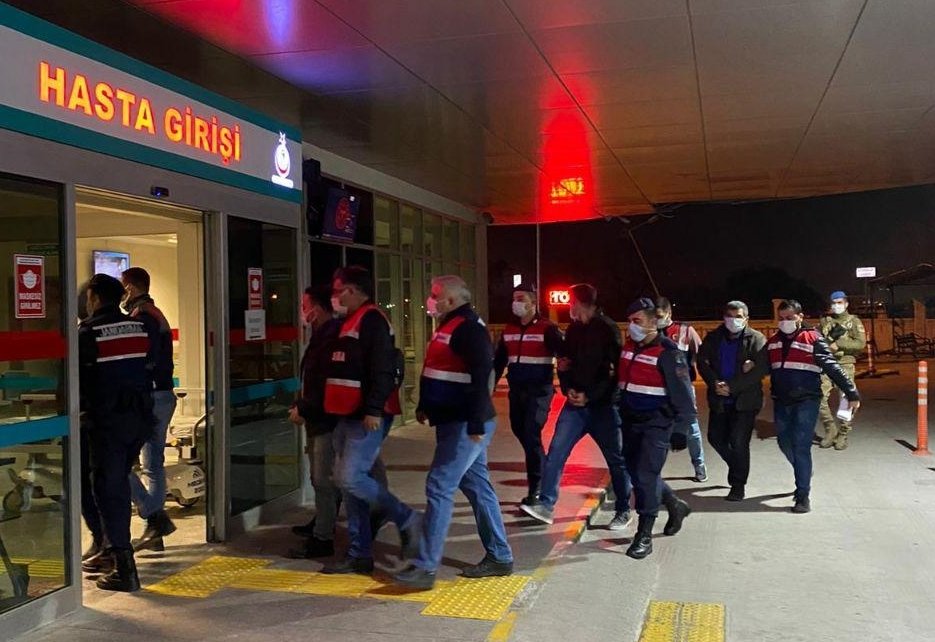 Police arrested 130 people in nationwide operations on Wednesday against a secret network of infiltrators in the Turkish army linked to the Gülenist Terror Group (FETÖ). The Chief Prosecutor’s Office in the western province of Izmir had issued arrest warrants earlier for suspects while 18 others wanted by authorities remain at large.

Security forces raided dozens of locations in 47 provinces to capture the suspects who were identified through their contacts with the terrorist group’s so-called “imams” or handlers in charge of infiltrators, via payphones. Payphones are commonly used to avoid detection and arrange meetings between terrorist group’s members. Authorities say 103 among the captured and wanted suspects were active-duty military officers while others were mostly former soldiers. Some suspects were identified through the testimonies of former FETÖ members who confessed infiltration schemes in exchange of a lenient prison term.

The large network of infiltrators in the army were serving in all branches of the Turkish Armed Forces (TSK), from Land Forces Command to Air Forces and Naval Forces and Gendarmerie General Command. Among the suspects were a colonel, three majors and eight captains. Fourteen among them were military cadets who were expelled from military schools following the July 15, 2016 coup attempt, on suspicion of having links to the terrorist group. FETÖ was behind the coup attempt which killed 251 people and injured nearly 2,200 others.

The Chief Prosecutor’s Office in Izmir said in a written statement that the investigations were underway against the terrorist group and that they were cooperating with branches of the army to uncover possible FETÖ infiltrators. Between Oct. 2020 and Jan. 19, 2021 alone, prosecutors in the province which is home to several military bases, launched criminal proceedings against 652 military officers, mostly active-duty soldiers, for their links to the terrorist group. Investigations also led to the dismissal of 623 military officers from the army, on suspicion of FETÖ links while a criminal probe against them continues.