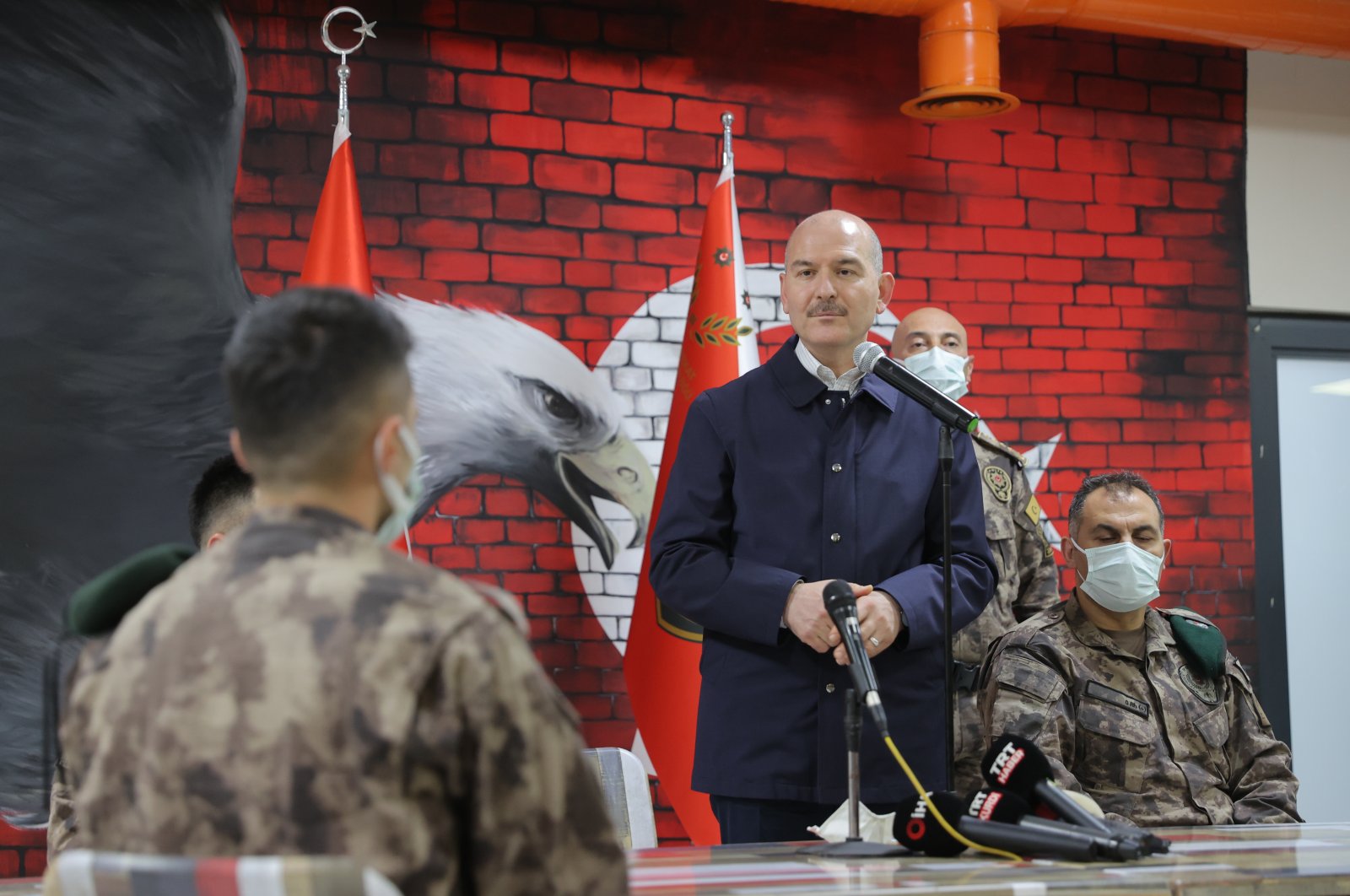 Interior Minister Süleyman Soylu is seen during his visit to Yüksekova Police Special Operations Center in Hakkari, Turkey, May 12, 2021. (AA Photo)
by DAILY SABAH WITH AA May 17, 2021 9:18 pm
RECOMMENDED

Interior Minister Süleyman Soylu on Monday filed a criminal complaint against criminal gang leader Sedat Peker, calling for an inquiry into the allegations made by the media-savvy figure who has been convicted of mob-related crimes in the past.

Peker has released a series of videos in which he speaks about his organization and Turkish officials. A total of five videos have been published to date.

The application put before the Ankara Chief Public Prosecutor's Office highlighted the recent operation carried out by the Turkish police within the scope of the investigation against the criminal gang Peker is alleged to lead.

"The leader of the criminal gang after this operation released a video about my client, who is the interior minister, especially after my client made statements about him, which was completely false and entirely made up for perception. It will be easily determined that the content of the videos are slanders, insults and gossip-like issues about my client," the complaint read.

Soylu filed an additional criminal complaint with the Office of the Chief Public Prosecutor, demanding Peker be charged with "insulting and slander" for his comments made about the interior minister.

Peker, 49, rose to prominence in the 1990s as an underworld figure. He fled from Romania to Turkey in 1998 when two men, who were allegedly members of his gang, were convicted of murder. He was arrested in Turkey in late 1998 but released in 1999 before he was once again sentenced for mob-related crimes in 2007.