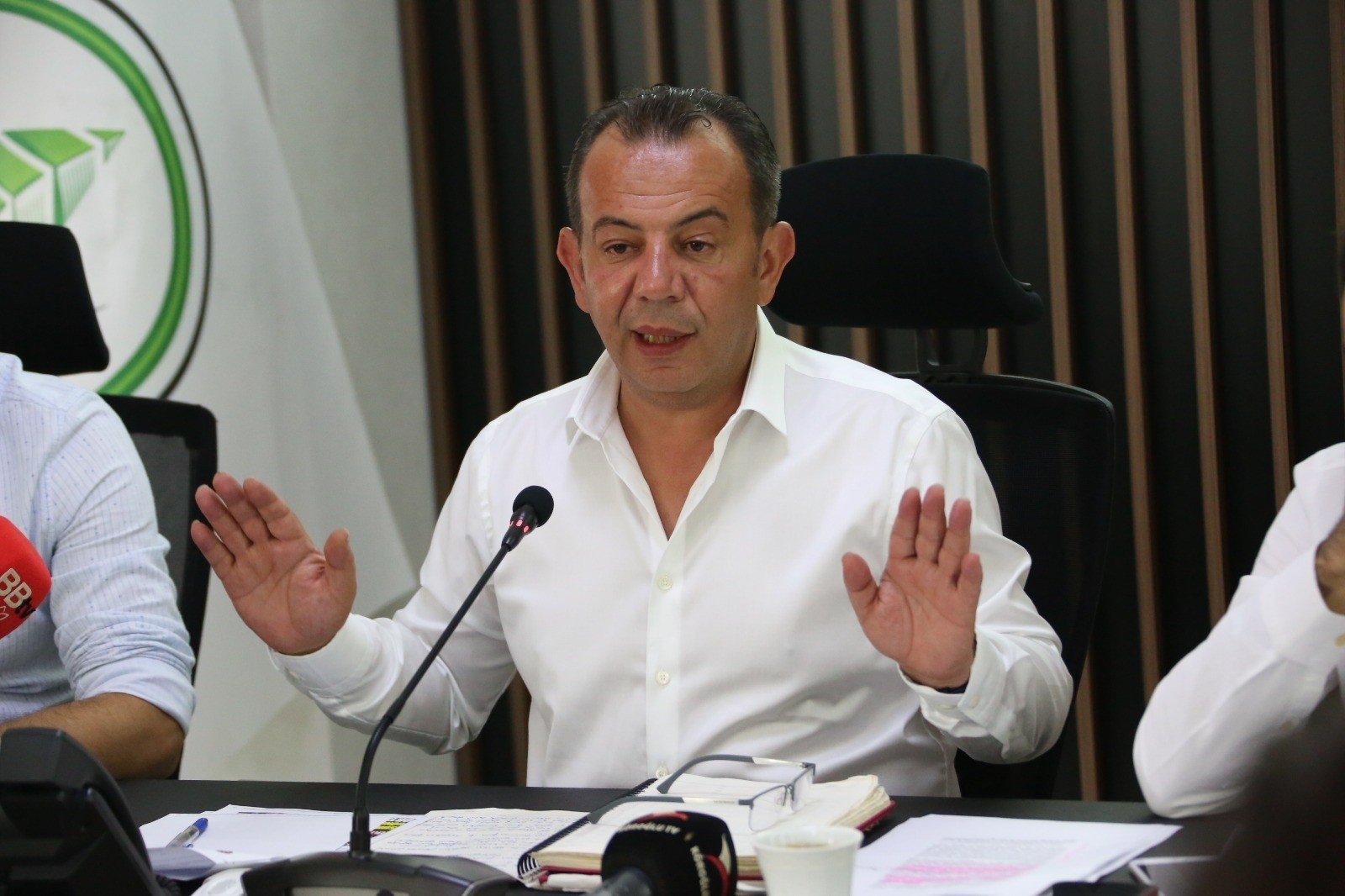 The Bolu Office of the Chief Prosecutor has launched a probe into the anti-refugee statements of Bolu Mayor Tanju Özcan, where he said he would charge a tenfold fee for the water bills of "foreigners," in reference to refugees from neighboring Syria.

According to sources speaking to Anadolu Agency (AA), the petitions regarding the complaints on Özcan’s words were put into operation. It was stated that the probe against Özcan was launched for the charges of “misconduct in office” and “hate and discrimination.”

Özcan, elected as mayor from the opposition Republican People’s Party (CHP) in 2019, had previously drawn the ire of human rights organizations for cutting off aid to refugees.

For his latest anti-refugee statements, Özcan came under fire on social media for being "populist" and "fascist" with some even calling to file a racial discrimination complaint against him.

Ankara deputy of the ruling Justice and Development Party (AK Party), Emrullah Işler, also criticized the statements, saying: “I listened to the racist and provocative words of CHP Bolu Mayor Tanju Özcan toward Syrians. It is our humanitarian duty to help those in need and share our bread.”

Mehmet Bekaroğlu, Istanbul deputy of the main opposition CHP wrote Monday on Twitter that "this mentality is not only against the constitution but also conflicts with conscience and humanity."

The mayor said he was doing this so that “foreigners” will leave. “They overstayed their welcome. If I had the authority, I would deploy municipality officials to throw them out by force,” he said, reminding that he allocated free buses for refugees when Turkey briefly opened its borders to Europe for them.

The mayor's decision comes amid a rising anti-refugee sentiment among supporters of opposition parties, propelled by an alleged influx of Afghan migrants to the country, with more people fleeing the Taliban in the Central Asian country.