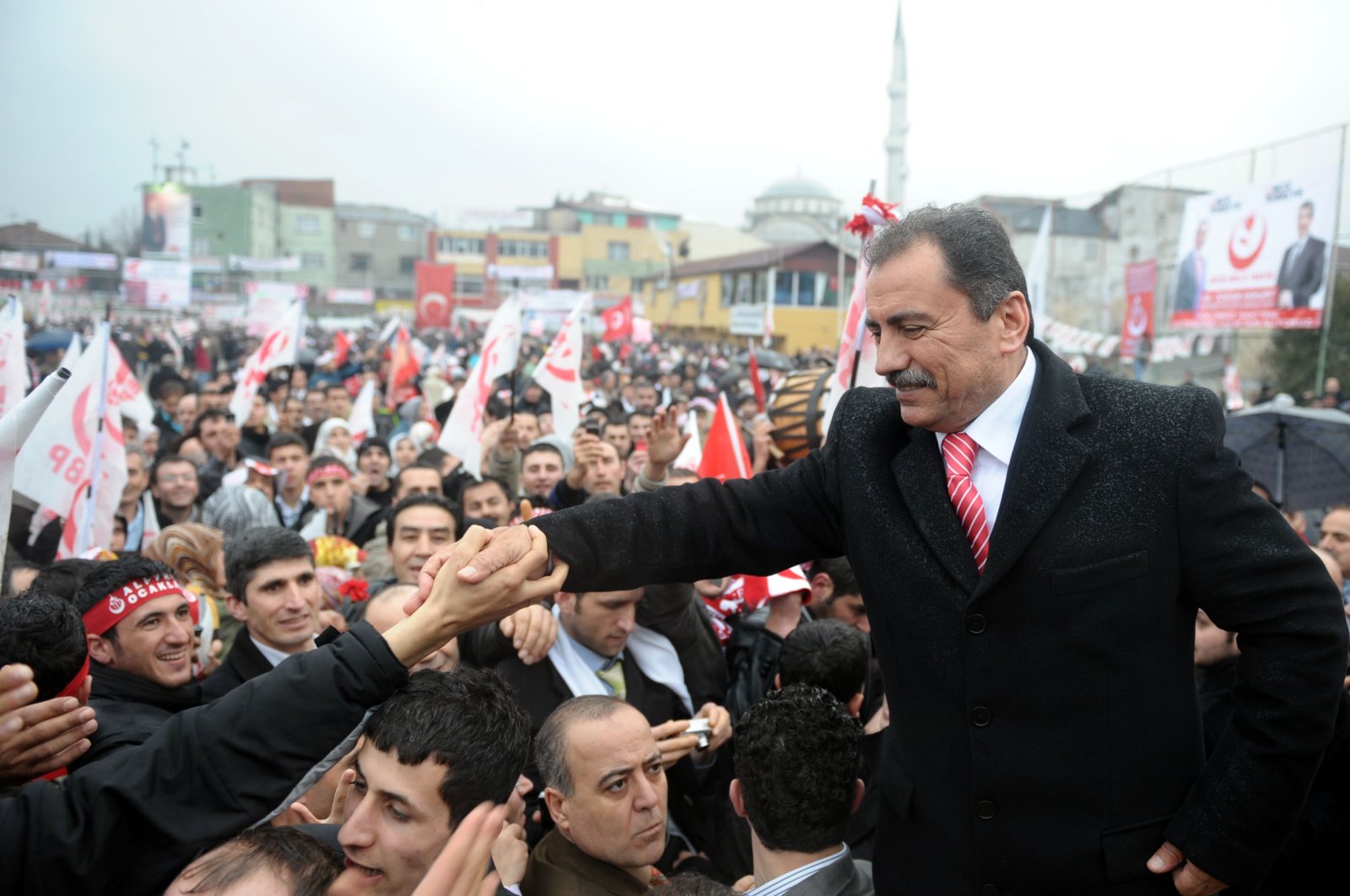 Politician Muhsin Yazıcıoğlu is being remembered on the 12th anniversary of his death in a helicopter crash while his family seeks answers about whether the Gülenist Terror Group (FETÖ) was involved in the incident.

The chairperson of the Great Union Party (BBP) was on the election campaign trail when the helicopter he boarded crashed in a mountainous area in the southern province of Kahramanmaraş on Mar. 25, 2009. Along with the veteran politician, three people from his entourage, the helicopter pilot and a reporter accompanying them were killed.

Years after the incident, new investigations found that people linked to FETÖ, which was known for its hostility toward Yazıcıoğlu, might have tried to obstruct the investigation into the incident. The politician’s family is pursuing a legal struggle to bring any culprits to justice. Three trials were concluded over alleged negligence in search and rescue efforts after the crash while another probe on the six men’s deaths is still underway. The family had applied to the Chief Prosecutor’s Office in Kahramanmaraş for a more comprehensive investigation into the incident in 2011. The investigation took a new turn after the July 15, 2016 coup attempt perpetrated by FETÖ infiltrators in the army. Prosecutors expanded the probe to examine whether the suspects in the case were at fault in the case. Last year, a court accepted an indictment on 17 defendants, including two military officers who were involved in the 2016 coup attempt, who are accused of obstructing investigation upon orders of FETÖ leader Fetullah Gülen.

Prosecutors say earlier investigations were mired in an “intervention” by FETÖ-linked suspects, including “fictional” testimonies of secret eyewitnesses that aimed to cover up the incident. This probe was merged with another one involving the removal of a GPS device from the helicopter crash site, which might give clues about the crash and its aftermath. A hearing will be held on June 28 in the trial over FETÖ’s role in intervention to the probe.

The terrorist group is already implicated in a string of lawsuits for the role of its infiltrators in the judiciary and law enforcement in trials of people it deemed as obstacles to its cause.

Kemal Yavuz, the lawyer who represents Yazıcıoğlu family, told Anadolu Agency (AA) on Wednesday that they have been through a painstaking process over the past 12 years but the investigation is finally nearing a close. “After all these years, the court accepted that there was an organized network behind this matter. Since day one, we believed that there was an organized cover-up. The latest indictment (that is the basis of the current trial) indicates that this network hid evidence and obstructed search and rescue. With further investigation, we think that we will have a more clear picture of FETÖ’s involvement in this case,” he said. “This is an assassination. Military jets (piloted by FETÖ-linked officers) caused a turbulence for the helicopter (by flying close to the crashed helicopter),” he underlined.

Yazıcıoğlu, who made his foray into politics at the age of 14 as part of a nationalist movement, served as head of the Idealists’ Club, a group affiliated with the Nationalist Movement Party (MHP). He served more than seven years in prison for his political activism after a military coup in 1980. In 1993, he founded the BBP.

He was a staunch critic of FETÖ, which for decades tried to infiltrate political parties. Gülen was quoted as saying that Yazıcıoğlu was "removed with a divine blow" in a speech five days after the politician's death.