Thousands of ancient coins seized in the Turkish capital Ankara 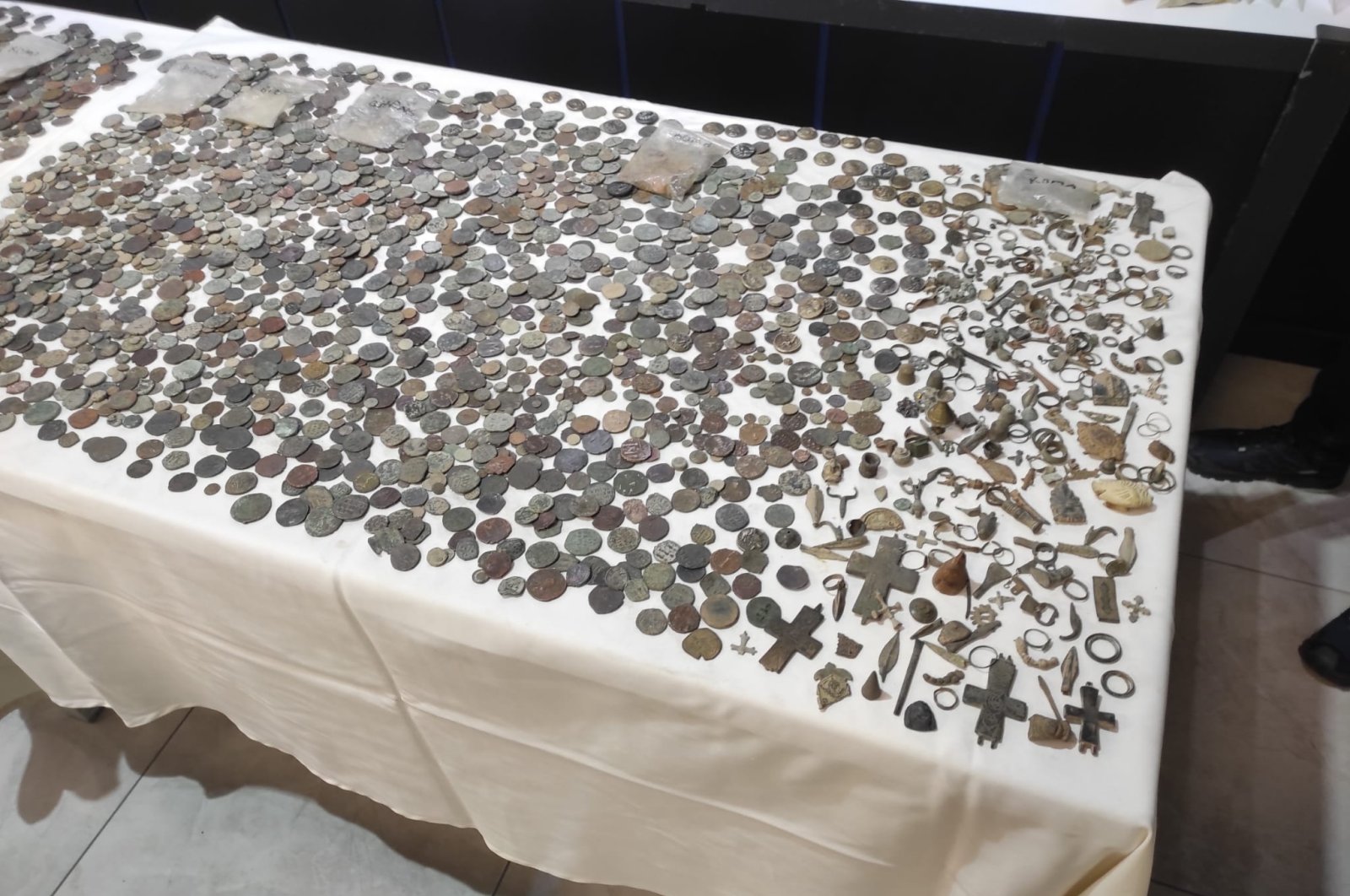 In what has been dubbed their biggest ever bust against historical artifact smugglers, the police in the Turkish capital Ankara seized 16,797 artifacts, mostly historical coins, on Monday. Acting on a tip-off that a suspect would sell a large trove of artifacts in the Mamak district, police stopped suspect's car as he was traveling to the district. A search of the car revealed coins, as well as 399 pieces of jewelry.

Police said the artifacts were dated back to Byzantine, Roman, Seljuk and Ottoman eras and the suspect was in custody. Artifacts will be handed over to the Museum of Anatolian Civilizations in the capital.

Hundreds of anti-smuggling operations are carried out across Turkey every year to halt the illegal sale of historical objects and protect the country's rich cultural heritage. This issue is crucial to a country home to about 3,000 ancient cities from 42 civilizations and whose tourism industry relies on its rich historical heritage to attract millions of foreign visitors each year. Turkey also works to repatriate artifacts taken abroad decades ago by smugglers and last year, it brought back 3,480 artifacts home from various countries.