Turkey secures return of 3,480 artifacts from abroad in 2021 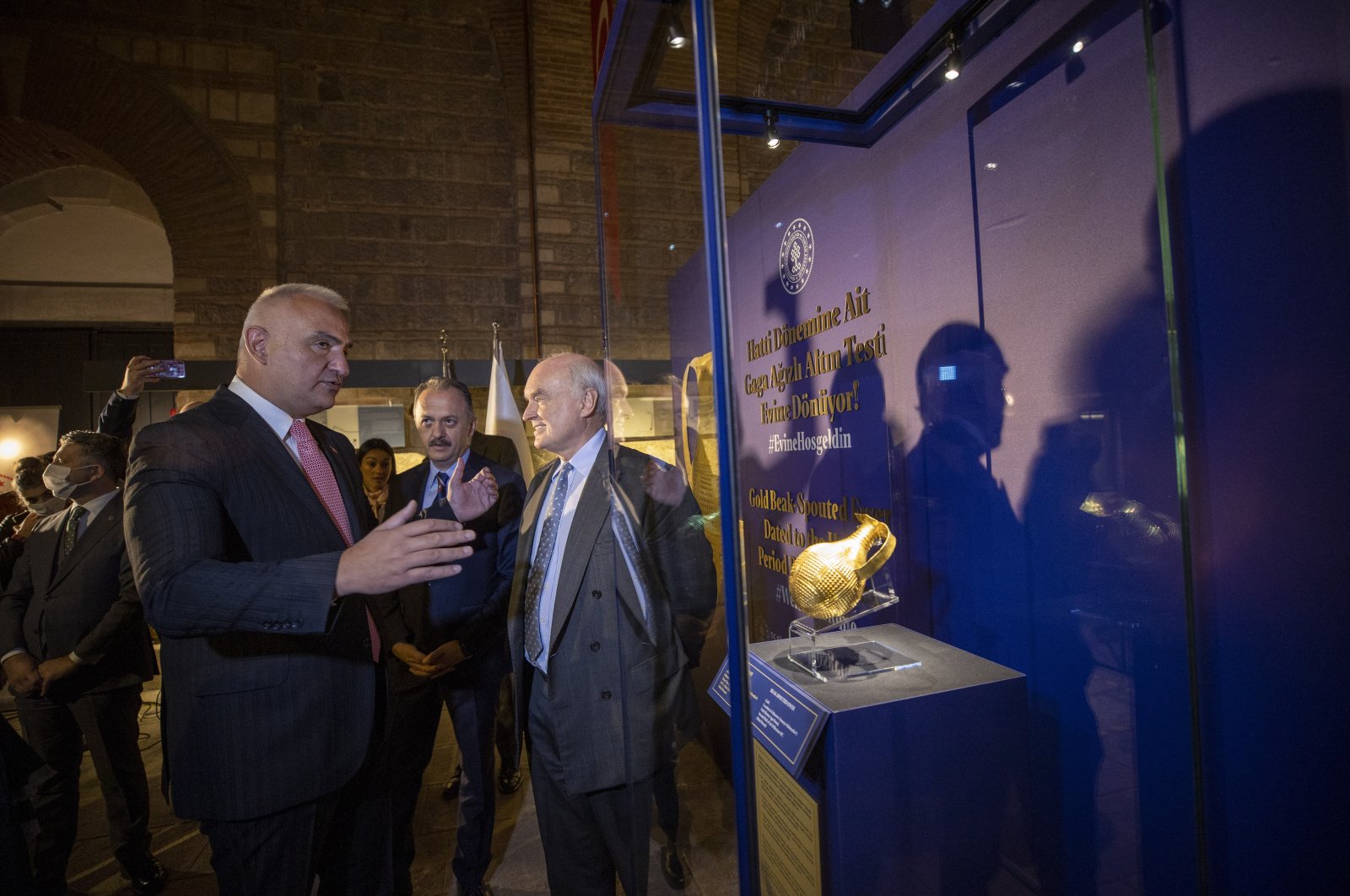 Culture and Tourism Minister Mehmet Nuri Ersoy (L) stands next to a 4,250-year-old ewer retrieved from the United Kingdom at the Museum of Anatolian Civilizations in the capital Ankara, Turkey, Oct. 26, 2021. (AA PHOTO)
by DAILY SABAH WITH AA Dec 31, 2021 11:10 am
RECOMMENDED

Taking pride in its history for hosting many civilizations, Turkey strives to recover its legacy, looted or smuggled abroad over the years.

This year, the country recovered some 3,480 of its cultural assets thanks to the efforts of the country's anti-smuggling authorities. These artifacts included "a piece of ceramic tile, sometimes a coin, sometimes a statue, a mosaic," said Zeynep Boz, who heads the anti-trafficking department at the country's Culture and Tourism Ministry.

Underlining that the department achieved a lot this year, Boz said that regardless of the kind of cultural asset involved, it is their duty "to ensure that no steps are taken against my country's laws" on artifact smuggling.

Talking about some of the hurdles that she and her team face, Boz said they often have to prove that an asset was taken out of the country illegally despite its origin being clear. "The fact that there's no chance for it to be legal actually constitutes a natural proof," said Boz, adding that dealing with such "illogical attitudes" is the most difficult challenge they have to face.

"We may be able to finish (the case) today, or maybe we can't. Twenty years from now, our colleague may finish it instead," she said, citing a 94-year-old case initiated by Halil Ethem Bey, a senior official in the Ottoman court, for the return of the Boğazköy Sphinx or Hattuşa that was finally concluded in 2011.

Noting that Turkey's international cooperation in this area has increased, particularly with the Balkan nations, Boz said it was most challenging to work with the museums in the United Kingdom due to the sheer number of return requests they have to deal with. She added that British museums were "a little cautious," even toward "the most reasonable request," avoiding accepting any requests that might leave their exhibits empty.

The process for recovering artifacts involves multiple state agencies, including law enforcement and judicial authorities, as well as diplomatic efforts and legal cases with the countries where the artifacts are found. The policy to take cultural assets abroad without official permission was outlawed in the Ottoman Empire in 1906 and continues under the Republic of Turkey founded in 1923. Under current legislation that has been in place since then, unlicensed excavation is illegal, as is failing to report any uncovered artifacts to the authorities.