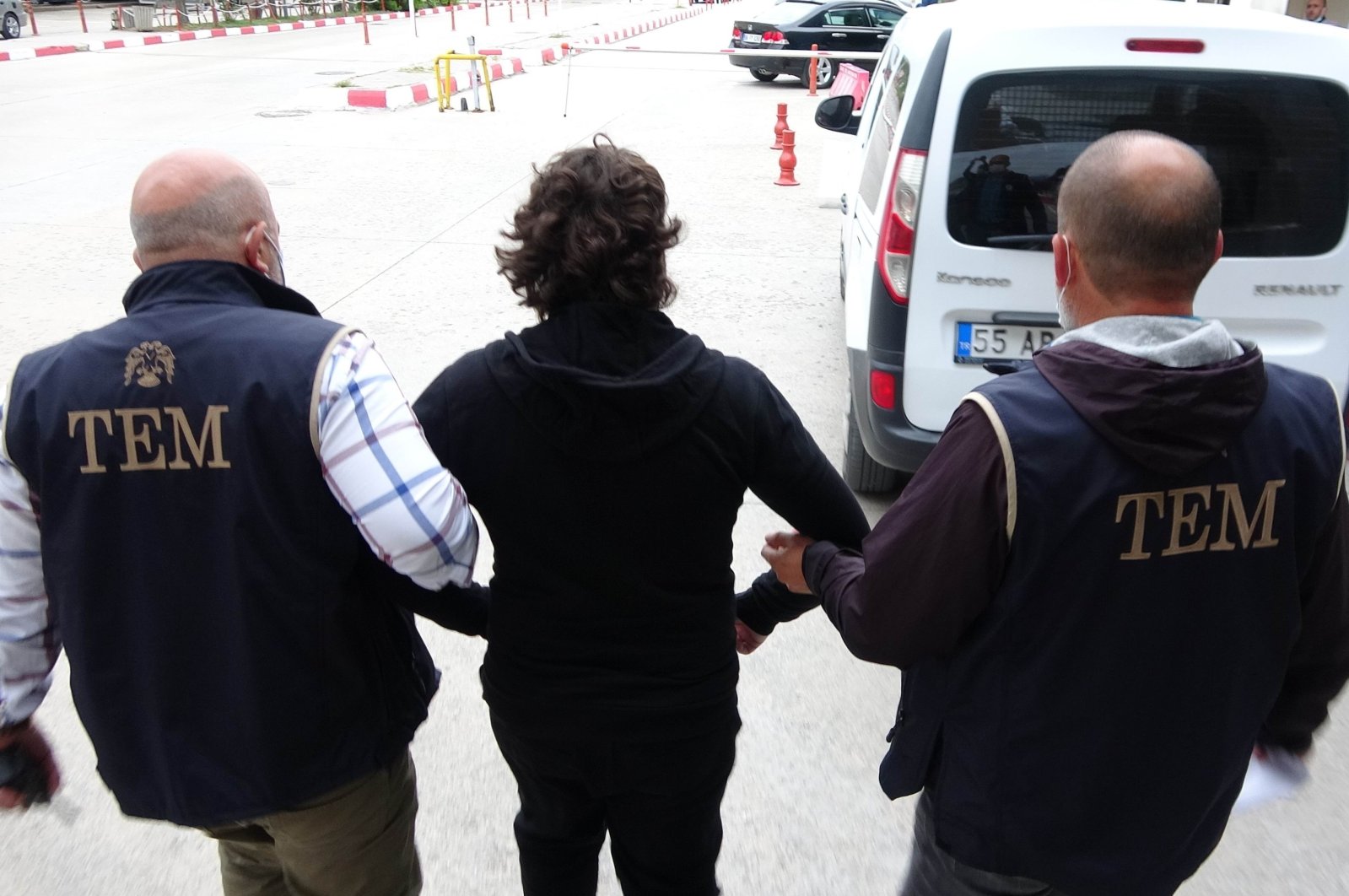 Police on Tuesday rounded up 137 suspects in nationwide operations against terrorist group FETÖ, while a suspect identified as the son of slain putschist general Semih Terzi remains at large

Authorities issued dozens of arrest warrants in separate operations against the Gülenist Terror Group (FETÖ) on Tuesday. At least 137 suspects have been captured. Among those with pending arrest warrants was F.T., son of Semih Terzi, a general who took part in the terrorist group’s July 15, 2016 coup attempt.

The biggest operation was based in the western province of Izmir. The Chief Prosecutor’s Office in the third largest city of Turkey ordered arrests of 214 suspects in an investigation into the terrorist group’s secret network in the Turkish Armed Forces (TSK). In total, 137 suspects were detained in operations in 41 provinces and in the Turkish Republic of Northern Cyprus (TRNC). Operations are underway to capture the remaining suspects.

Suspects included 44 active-duty soldiers, 25 soldiers who were expelled from the army on suspicion of links to FETÖ and 145 former military cadets, including F.T. who reportedly fled abroad before the operations. Among the soldiers were a colonel, a lieutenant-colonel and officers of lower ranks. Some suspects were identified through testimonies of former members of FETÖ who invoked “a remorse law” that provides lenient sentences for suspects in exchange for actionable information about the inner workings and members of the terrorist group. Others were identified through examination of their contacts with FETÖ handlers via payphones, a commonly employed method for the secretive group.

Former military cadets with links to the terrorist group were discovered after investigators uncovered another method by FETÖ to plant its members into the army. This method involves assigning code numbers to military school hopefuls, which then allows FETÖ-linked military school staff to detect fellow FETÖ members among future cadets during admission interviews and thus help them to infiltrate the ranks.

F.T. was among those who was given a free pass by FETÖ-linked staff at the military school he attended, according to testimony of a former FETÖ member. The member had told investigators earlier that although the cadet failed his classes, he was later given high grades. His father Semih Terzi was shot dead by Ömer Halisdemir, a non-commissioned officer who was posthumously declared an anti-coup hero. Halisdemir was killed by Terzi’s entourage immediately after he shot the general who had arrived at Special Forces Command in the capital Ankara to take it over on behalf of the putschists during the coup attempt. His death had thwarted the putschists’ plans and prevented the success of the attempt.

The Izmir Chief Prosecutor’s Office has identified nearly 3,000 soldiers linked to the group in the past two years and 1,299 among them were arrested while 405 others collaborated with authorities, paving the way for further operations.

In the capital Ankara, prosecutors ordered arrests of 25 suspects who were accused of involvement in FETÖ’s scheme to steal questions and answers to a 2011 exam for promotion of judges and prosecutors. Five suspects are accused of delivering questions and answers to fellow FETÖ members, and twenty others were judges and prosecutors who passed the exam thanks to the aid of the terrorist group. Operations are underway in 18 provinces to capture the suspects.

FETÖ is implicated in a string of cheating allegations in public exams. The group is accused of using the exams as a stepping stone to the public sector, where many of its members found jobs. Several members of the terrorist group were already convicted of mass cheating on a nationwide exam for civil servants.

In Istanbul, prosecutors issued arrest warrants for 15 suspects, including soldiers, in another operation. Operations are being carried out to capture the suspects in Istanbul and seven other cities. Suspects were part of a secret FETÖ network and were identified through their Bylock accounts, according to authorities. Bylock is an encrypted messaging app developed and exclusively used by members of the terrorist group.

Along with the soldiers, lawyers, academics, teachers and civilians are also wanted in the same investigation.