Prayers pour in for Ömer Halisdemir, anti-coup hero of Turkey 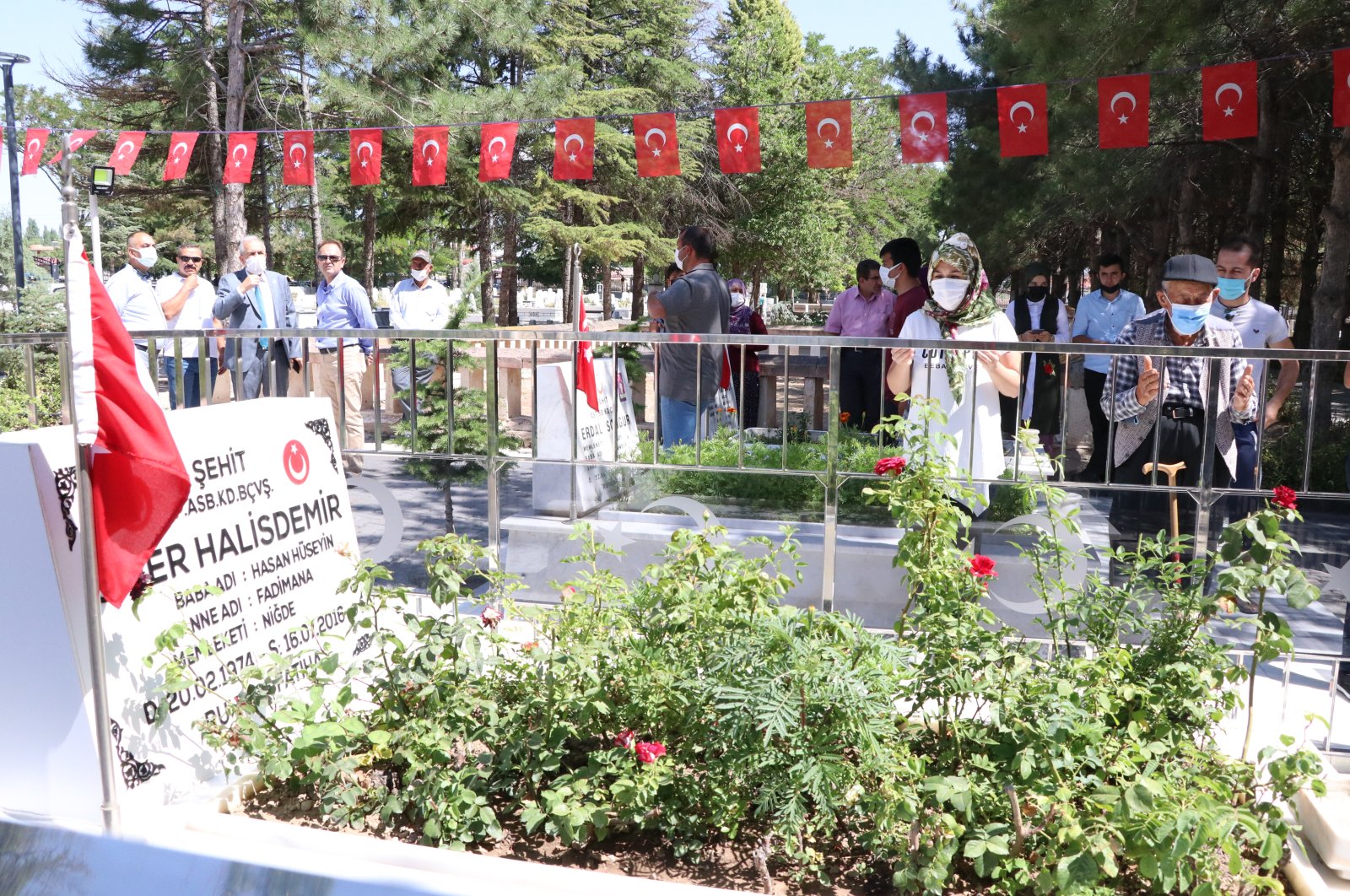 His grave is a popular site for those seeking to show their gratitude, but on the fifth anniversary of the July 15 coup attempt, Ömer Halisdemir had more visitors than ever. People from all-around the country descended on his small hometown in central Turkey to honor the late military officer who stood against putschists.

Halisdemir was a sergeant stationed at the Special Forces Command in the capital Ankara when he was shot dead by putschists loyal to the Gülenist Terror Group (FETÖ). Today, he is a martyr who is believed to have singlehandedly changed the course of events on the fateful night of July 15, 2016. Engaging in a deadly mission after receiving orders to stop a putschist general who arrived to take over the Command, a key component of the army, Halisdemir fired at Semih Terzi when the latter entered the compound amid a phalanx of heavily armed soldiers. Seconds later, Halisdemir was sprayed with gunfire, and according to accounts of eyewitnesses, was fired at with more shots while he was lying semi-conscious by another putschist officer accompanying Terzi.

Terzi's death threw the putschists into a panic, as they were counting on him to control the Special Forces. Strong public resistance further derailed their plans to seize power. The sergeant was buried in the Çukurkuyu district of Niğde province where he was born and his parents still live. Soon, it turned into a landmark for tributes to heroes of the resistance against the coup attempt that claimed 251 lives.

On Thursday, a larger than normal crowd was around his grave simply marked with a marble gravestone. Everyone recited prayers in his memory while parents who had brought their children told them about his heroics. Hüseyin Pekmez, a visitor from the Turkish Republic of Northern Cyprus (TRNC) was among those who spent emotional moments in the presence of the late officer's grave. “We came here to pay our debt of gratitude. We are sad. We have an indescribable sorrow,” Pekmez, who also brought his children to the grave, told Anadolu Agency (AA).

Hüseyin Erdem, a visitor from the northern province of Düzce, said he regretted not coming earlier to the gravesite. “I am here with my family, to feel the spirit our martyr had on July 15, 2016. He made the greatest sacrifice possible and we are grateful for that. People should grasp what he has done for this country and his memory should be kept alive,” he said.

“May Allah gives him blessings. We love him so much,” 73-year-old Fatma Koçyiğit said after reciting prayers for Halisdemir by his graveside. “Our martyr gave his life for our homeland. He saved us and may Allah grant him Paradise in the afterlife,” the elderly woman said.

Among the hero’s visitors were children named after him. Büşra Akdil came from Istanbul with her 4-year-old son Ömer Halis. “He will carry this name with pride,” Akdil said. “They killed Ömer Halisdemir but thousands of people like him are born in this country,” she said.

“I brought my son here, to see the man he is named after. I hope he will become a soldier like Ömer Halisdemir when he grows up,” Taner Güler, father of Ömer Halis Güler visiting from the central province of Konya, said.