Turkey seeks arrest of hundreds in operations against FETÖ 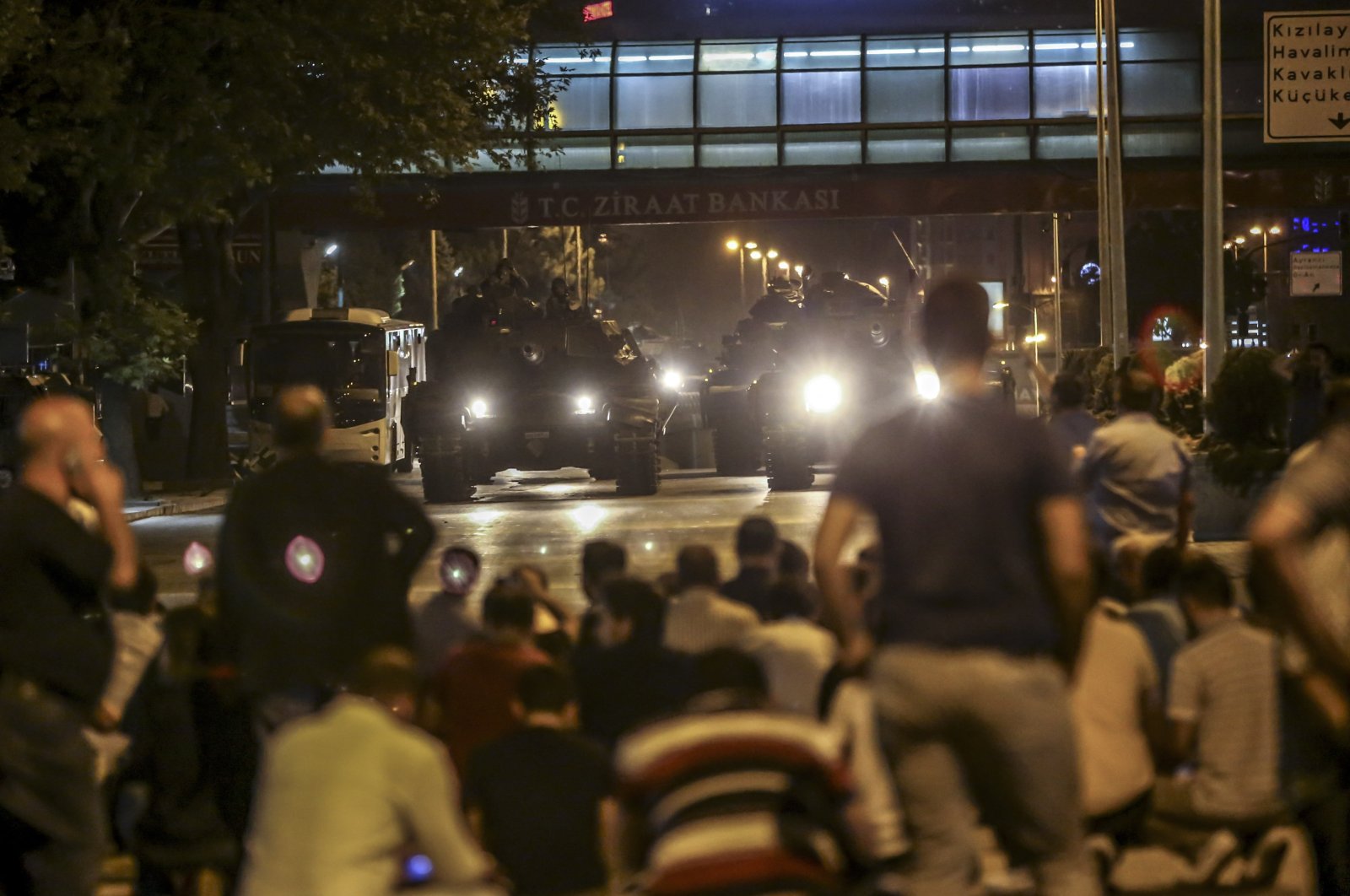 In one of the biggest operations against FETÖ, security forces launched raids on Monday to capture 532 suspects, including active-duty military officers linked to the terrorist group behind a 2016 coup attempt

Turkish security forces have detained a total of 400 suspects, out of 532 wanted so far, in a major nationwide operation on Monday against the Gülenist Terror Group (FETÖ).

The suspects were linked to a network of military infiltrators of the terrorist group, which was behind the July 15, 2016 coup attempt that killed 251 people and injured nearly 2,200 others.

As part of an investigation, initiated by prosecutors in the Turkish metropolis of Istanbul and western Izmir province, an operation was carried out to nab suspects, including 459 on-duty military personnel.

The suspects were found to be involved in "intra-organizational communication" via payphones or fixed lines, as well as the detection of organizational links through confessions, authorities said. The Istanbul and Izmir-based operation was launched in 62 provinces, as well as in the Turkish Republic of Northern Cyprus (TRNC).

The wanted suspects were from all branches of the military, from the gendarmerie general command to land forces, air forces, naval forces and coast guard. Some were staff at the Defense Ministry. They were also from all ranks and those with the highest rank among them were four colonels and one lieutenant colonel. Forty-two among the suspects were former military cadets who were expelled from the army following the coup attempt. Operations were underway to capture the other suspects.

The terrorist group faces a heightened scrutiny after the coup attempt, which was quelled thanks to an unprecedented, strong public resistance. More than 10,000 members of the Turkish Armed Forces (TSK) have been subject to criminal probes in various investigations.

Although it posed as a media-savvy “religious” movement, FETÖ maintained a deep secrecy while working to orchestrate plots against the government, multiple investigations showed.

Using its infiltrators in the judiciary and law enforcement, it conspired to orchestrate sham trials to silence its critics or anyone it deemed a obstacle to its cause, while seeking to ensnare government officials and bureaucrats in its schemes.

In 2012, for instance, it attempted to detain head of country’s intelligence organization with an elaborate plot, concocted by its loyalists and supported with trumped-up charges. A year later, it tried to topple the government in a blatant attempt, disguised as an “anti-graft probe.”

The latest investigations show that the terrorist group managed to infiltrate the army for decades, using recruits trained at disguising their ties. Investigations disclosed that the group brainwashed the youth and helped them to get into military schools. Later, they would be contacted by their “handlers” called “imams,” to arrange secret meetings. It was a string of such secret meetings in 2016 between the fugitive mastermind of the coup attempt and top military officers that paved the way for the coup attempt. The attempt was a pre-emptive move against army’s planned purge of suspected FETÖ members in its ranks, which was scheduled for August 2016.

Recently, prosecutors in Istanbul and Izmir had uncovered multiple networks of infiltrators in a string of operations.

The majority of possible FETÖ infiltrators in the army serve or served in Land Forces Command (KKK) while 3,802 are members of the Naval Forces Command (DzKK) and 1,047 others served in the Air Forces Command (HvKK). Only 60 among them were investigated for actively participating in the coup attempt, including five generals.

Investigations led to the dismissal of 869 people from the army last year. Evidence against them included connections to the terrorist group’s civilian members, either personally or via phone. Some were married to women who were implicated in a massive exam fraud the terrorist group carried out in 2010 to help its members infiltrate into the public sector.

Others were identified through investigations by intelligence officials and based on testimonies of former FETÖ members who were detained in earlier operations. So far, 2,396 members of the army have been suspended from their posts on suspicion of FETÖ links. Since the coup attempt, 21,181 people were discharged from the TSK, while 6,318 among them were arrested. Also, 16,409 military cadets, who were found to be linked to the terrorist group, were expelled.

According to an investigation by Istanbul Chief Public Prosecutor’s Office which was made public in December 2020, the terrorist group began infiltrating into the TSK more than four decades ago. Based on a report prepared by Gendarmerie Command, the report says 22 among 239 students who graduated from military schools between the 1970s and 1990s were charged with involvement in the 2016 coup attempt while 58 others were investigated for being a member of FETÖ following the failed putsch bid.

While the students discharged from military schools were unable to continue their missions in the army, they still aided FETÖ’s attempts by offering insight into the military’s workings, playing an “active role” in the establishment of the hidden network inside the TSK, the report says.