Turkey seizes over ton of Captagon drugs at customs 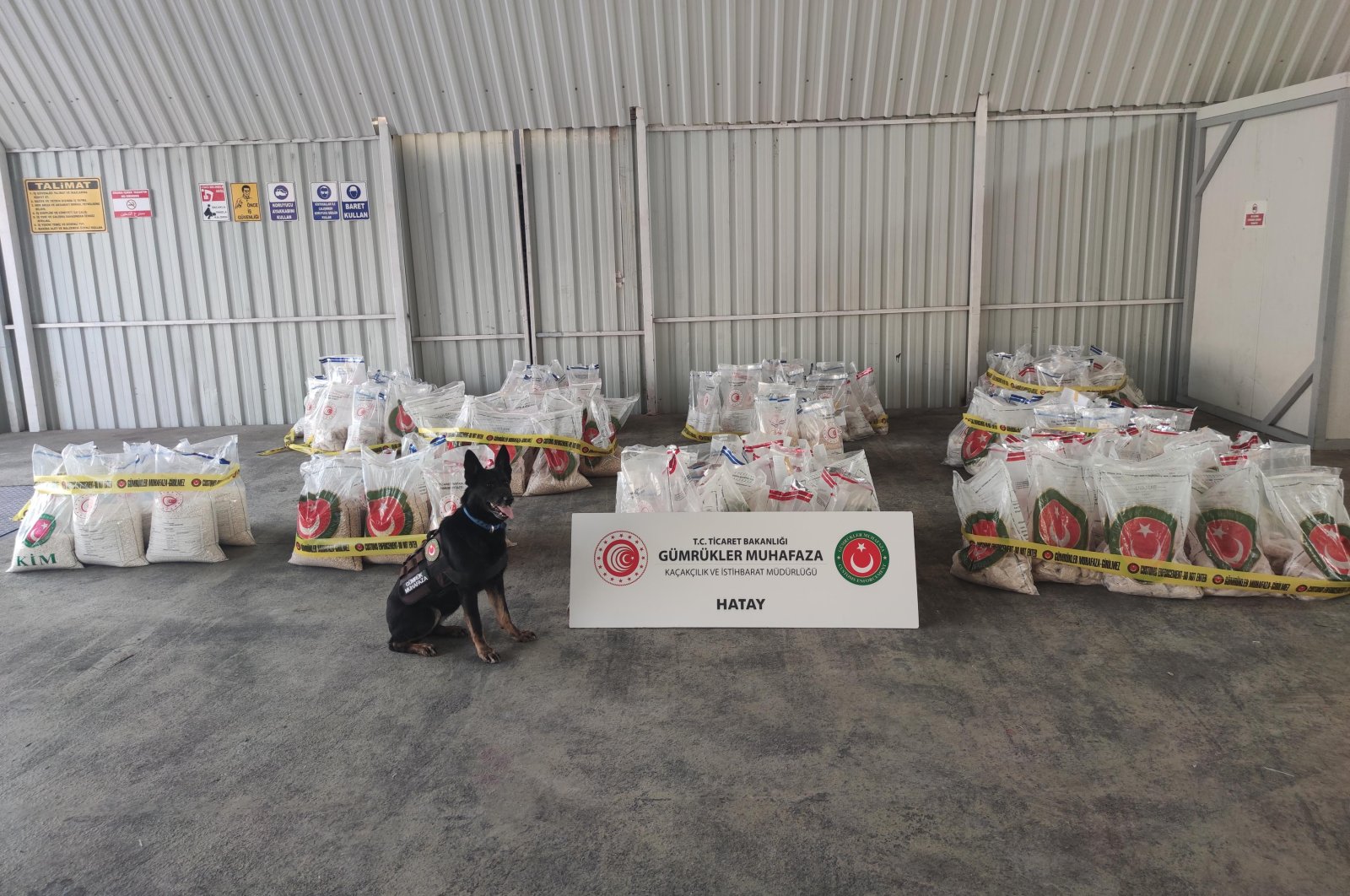 Turkey's trade minister said Sunday that over a ton of Captagon pills were seized at Iskenderun port in the southern province of Hatay, which is the biggest seizure of its kind.

A total of 1,072 kilograms (2,000 pounds) of the drug Captagon – more than 6.2 million pills – were confiscated during a search by Hatay customs officials between May 15 and May 16, Mehmet Muş said on Twitter.

The contraband, worth over $37 million (TL 308 million) was found hidden in 11 containers brought to the port for transit to the United Arab Emirates, he outlined.

Muş congratulated local customs officials and the staff of the anti-smuggling and intelligence directorate for the operation.

Efforts will continue to curb drug trafficking, he added.

Turkey has stepped up efforts to stamp out drug use and is leading in drug seizure efforts. However, it remains a popular route for drug smugglers, both transferring drugs to and from Europe and catering to domestic users. Synthetic drugs in particular pose a threat to the country's youth. Last year's reports revealed that almost half of the drug-related deaths were the result of synthetic cannabinoid use.

Interior Minister Süleyman Soylu reported progress in decreasing drug-related deaths in Turkey as well as a rise in seizures of drugs. The minister announced on social media that deaths from drugs dropped nearly three-fourths between 2017 and 2020, from 941 to 239, or 74.6%. Soylu also said that the amount of methamphetamines seized by security forces skyrocketed to 477% in the same period.